In the fall of 1975, my father signed up for Russian 101 and purchased a copy of the required textbook. It was a blue softcover workbook illustrated with stick figures and typeset with the confidence of one who knows his audience will be forced to purchase his work. It was titled, simply, A Russian Course.

Decades later, as I prepared to decamp to the former Soviet States for a nine-month solo trip, my dad handed me the tattered text book, quoting snippets of dialogue he still remembers despite having only studied the language for a year.

“How do the shock workers live?” he asked me in Russian.

“The shock workers live well,” I read back. “They work with enthusiasm.”

“Do they wash themselves on the trolleybus?”

“No,” I assured him. “Shock workers never wash themselves on the trolleybus.”

“Loafers wash themselves on the trolleybus,” he replied with disdain. “They conduct themselves poorly in parks.”

A Russian Course does not equip its learner with survival Russian, unless she’s trying to survive in an extremely ideologically motivated concrete factory. A large portion of the material is set in the fictional Concrete City, where the author illustrates the principles of Russian grammar using the classic battle of good versus evil. In this case, the embodiment of good are the udarniki, or shock-workers, model Soviet citizens who love achieving efficiency in industrial settings. They always work with enthusiasm. They never sit on the grass in parks. They stay away from the “Hanky-Panky Club” in West Blinsk, where people listen to “wild jazz.” They understand that “happiness is to sit by the Great Blinsk Sea and build hydroelectric power stations.”

Their nemesis are the bezdelniki, or loafers, who struggle with decadence and are often very abnormal. The loafers have been known to commit such treasonous acts as taking magazines from the clubhouse and attempting to live in a park. They often lounge on the beach in tuxedos and watch television — the logistics of which are never explained. Though I suppose they could plug into those hydroelectric power stations.

He seemed equally baffled by the idea that there was any other way to learn Russian.

I opened to a passage about a visiting academic named Professor Schulz, who delivers a lecture on his favorite subject: concrete. Towards the end of his speech, the author seems to get so carried away that the text begins to give stage directions.

“Why would a first-year student need to know how to say ovation?” I asked.

My dad brushed off my questions. Yes, the textbook taught him how to say “a concrete mixer is a concrete-worker’s best friend” and not “hello, where is the bathroom,” but he still remembered the trials and tribulations of Comrade Borodin, a faithful cadre who ran a park that was plagued by “abnormal” people. Could I say the same for my first French textbook, which was probably called something like Bonjour and in no way prepared me to operate heavy machinery?

I was curious, and so I set out to find out what I could about A Russian Course. I was surprised to learn, first and foremost, that it had been written by an American. His name was Alexander Lipson, and he was Harvard linguist specializing in Slavic languages.

Lipson was passionate about Russian and Soviet culture. He taught private classes out of his home in Cambridge, where he gained a reputation for his somewhat unorthodox approach. “[Lipson] often employs such devices as insulting or ridiculing his students to provoke them into responding in Russian,” a 1961 Harvard Crimson article reported. “The classes usually end in a song-fest in Russian, with Lipson accompanying the students on the guitar.”

In his spare time, Lipson took students camping in the Soviet Union. On these trips, he tried to both impart his love of Russian language and culture and shrug off the official minders. So why had he written a textbook that doubled as a love letter to concrete?

The answer wasn’t easy to find. The book was long out of print, and Lipson had passed away years ago. Most of the information I could find was in comments on blog posts, which has figured prominently in many a librarian’s cautionary tale about reliable sources.

Among people who had used his textbooks, the consensus seemed to be that Lipson had written A Russian Course as satire of Soviet ideology.

It made sense, but I had to admit I was a little disappointed. When you took at face value, A Russian Course was so absurd it was utterly delightful. As parody, it lost some of its magic.

Anyone who has studied a second language knows that mnemonic devices can be a powerful tool for memorization. The stranger something is, the harder it is to forget. I had a million for Russian, mostly pilfered from the internet — besplatni means free, because if you were in a restaurant and had to kill a bee (splat) on your knee, your meal should be free.

I was just surprised someone would take it so far.

It seemed, however, to have worked. I discovered online forums suggesting my father was not the only one who had retained Lipson’s teachings:  Lipson’s former students and linguists chimed in with accolades for Lipson’s approach to teaching Russian grammar. Everyone remarked on how well A Russian Course explained the myriad rules surrounding the infamous Russian cases and declension, and how much progress his students made.

“I have not seen the text in [40] years,” one thread began, “and I can still tell you about concrete workers and shock workers washing their hands-on trolley buses and hooligans smoking on trolley buses.” “Took the first class in high school eons ago,” another shared. “I still know how to say:

You stole my pencil. Why?
Simply so. I like to steal pencils.
Then what am I going to write with?
That’s not my affair, but yours.

I gave my dad a hard time about his textbook, but a few months later, I was in Russia and found myself lost on the outskirts of Kazan. I needed a word I had only ever encountered in A Russian Course, and I was able to recall it immediately.

“Excuse me,” I said to a passerby.  “Where is the stop for the trolleybus?” 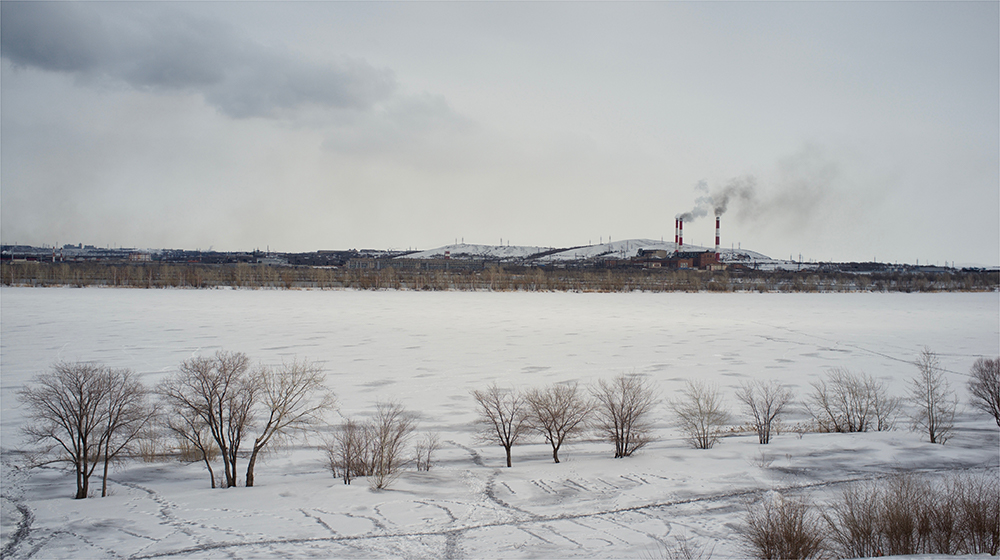