America is a land divided. But there is a perceptual economic thread still holding us together. The stock market is bounding and President Trump promises a major tax overhaul, which will further promote stock growth, he said. And, by the way, we call keep our 401(k) plans, which he noted, are “great and popular.”

We have been fractured and divided by categories as long as there has been politics, and American politics has had a radical side at least since Emma Goldman visited her anarchist vision upon the capitalist cronies of the industrial revolution, and certainly since the 1960s, which brought out a flipside of life that the novelist Philip Roth in identified as the “the indigenous American berserk,” the reality that human nature, not politics, is the thing that is broken.

But, if the stock market is the thread that is supposed to bring us together, it is a weak thread since only half of us own stock. A diminishing subset have a financial stake in our own places of work — a cultural turn which suggests that employees, either by choice or constraint, are putting more investment into abstract financial systems than into our own work and companies.

The separation of the merits of work from financial gains is a growing problem, both economically, and psychologically. Despite a few notable exceptions of larger companies that actively promote employee shareholding — Procter & Gamble and Southwest Airlines — a majority of the American workforce is not able to see the connection between their own work to robust economic growth. Making this connection is important to belief in meritocracy.

A world in which fewer have a path to invest in their own companies, a rootless professional life in which a very sense of place is undermined and we all have a side-hustle, is one which there is lessening commitment to a common cause. One recent survey reported that 44 percent of millennials say they would prefer to live in a socialist country. This report may signal a breakdown of trust in the community of work, and it reiterates the effect of voter-switching between alt-left and alt-right candidates, which seem to be protest votes against American style capitalism. The subconscious motivation of voters may indeed be a grasping for solidarity, as described in theories such as anarcho-syndicalism, a renewed emphasis on workplace engagement rather than reliance on the output of big systems like government or Wall Street.

My own journey is an illustration. In 2004, I canvassed for Ralph Nader in Nevada and Idaho, in part, as a means to promote ballot access. For instance, I believe that instant runoff voting, which allows you to rank your choices and vote for a less-popular candidates without hurting the chances of your second choice, will be indispensable to salvaging the voting system from the single corporate party that it has become. But I also found in Nader’s campaign a community and ethic that was hard to find elsewhere. In New England, I found that ethic in the writings of Maine author Carolyn Chute, who I called on the telephone, and Portsmouth’s homespun Leftist Marching Band, who paraded through the streets playing instruments. Four years later, I was writing for the New Hampshire Union Leader, a famously conservative news outlet. It drew me into new intellectual terrain. Ed Domaingue, the non-nonsense managing editor of the Union Leader, taught me not to trust the superficiality of political groups and labels. “I don’t like labels,” Ed told me. “I don’t know what they mean.”

I began reading more conservative writing. Jeffrey O. Nelson, then president of Thomas More College, gave me a copy of his American Conservatism: An Encyclopedia. Stephen Beale, a fellow correspondent, and a Catholic, suggested I read a number of books including Bill Kauffman’s Look Homeward, America: In Search of Reactionary Radicals and Front-Porch Anarchists, which made an argument for what he called “little America.” In his snappy, poetic essays, Kauffman declared he tolerates paying local taxes, has a harder time finding cause to pay state taxes, and, in his words, “I loathe, execrate, and abominate —  but pay  —  federal taxes, which are put to purposes nefarious and even homicidally sinister.”

Kauffman, who has supported both leftists such as Nader and conservatives such as Pat Buchanan, explains that “my solution is no more ‘practical’ than a Dorothy Day prayer or a Henry Thoreau spade. It is this: No statesman’s coercive power should ever extend over people he does not know.” This cohesive principle a reader finds in Kauffman’s writing is a need for reconciliation between intrinsic needs, which are personal growth, autonomy, and an earned sense of significance; and extrinsic needs, which relate to tangible achievements, social supports, security, and financial resources. If America is working as a meritocracy, these two sets of needs should be integrated, so as intrinsic work has a strong correlation to extrinsic values, like financial growth. However, as we learn to invest more in the stock market, and a narrowing path to invest in our own companies, these two sets of values become increasingly disconnected.

This disconnection is assured by design. In 1981, the IRS clarified that 401(k) plan participants could defer regular wages, and those plans began to proliferate, while defined benefit plans such as pensions began to disappear, and more portable 401(k) plans and individual retirement accounts became popular. Of course, many employees did benefit from these portable plans. But a 401(k) is often optional and many people, often due to stagnating wages, do not even invest enough into the plans. And the freedom of portability of retirement plans also has a second meaning, which is a lack of job security. It is one mark of a trend for employees to change (or be pushed) between jobs, so there is less commitment to an employer than there used to be. Many people can expect to have six to eight jobs lasting two to three years during their careers. But job-hopping can be both socially and financially stressful, as workers are at risk of hemorrhaging thousands of dollars, often their entire savings, during such transitional times.

The vision of the stock market as a route to the middle class is what George W. Bush exalted as an “ownership society.” But the 401(k) is a mechanism of investment not in our own companies with their organic connections to health, safety, environment and social solidarity, but in the work of others, and as such, fewer employees can see a connection between their work and what they own. And more pressure is put on workers by disinterested outsiders.

The economic sociologist Joseph R. Blasi and economists Douglas L. Kruse and Richard B. Freeman wrote a position paper earlier this year, a summary of their book The Citizens Share, describing the broad society benefits of employees having a stake in their own companies, including productivity and job stability. Employees are not deeply invested in their own work. In fact, the office of Keenan Dworak-Fisher at the U.S. Department of Labor Statistics used 2015 data from tax-deferred contribution plans to estimate that only two percent of private sector workers participate in employee stock ownership plans and eight percent participate in profit-sharing plans. In 2014, a random survey by the General Social Survey with more expanded definitions to include restricted stocks, which are not transferable, and cash profit-sharing, concluded that 7.2 percent of adult private sector workers own employee stock options, 19.5 percent own company stock and 35.8 percent receive company profit sharing. “The average and median dollar values for the entire nation for those who have these practices are low but in the upper quartile” and therefore these practices promote “meaningful accumulations of capital and capital income,” Blasi said.

Such meaningful accumulations could be described as a route to the middle class. But this route is compressed by expectations for stock growth which be more perceptual than actual. The economist Garrett Hardin in his book Living Within Limits famously argued against continuing economic growth as planetary resources are depleted; if the stock market is surging, the reality is it may merely signify more risk and disenfranchisement of employees, who can’t buy into an economic system under increasing pressure. I doubt many young people are socialists or communists, but I do bet they would prefer to have a stronger stake in their own workplaces. 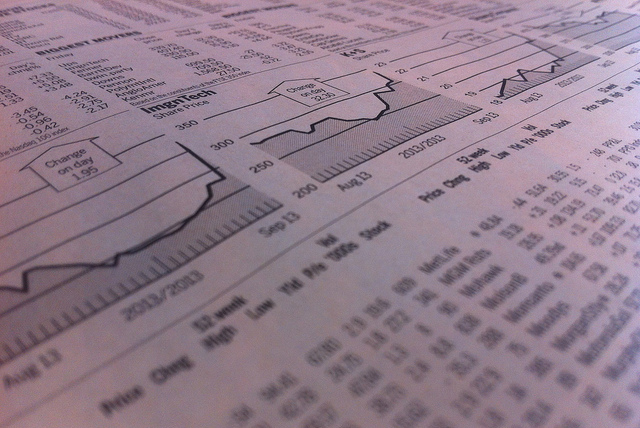