The promise of US-China-centered globalization was that everyone involved would benefit; that there would be multiple winners, but no real losers. China would grow economically, lift hundreds of millions of its citizens out of poverty, become a true industrial power and not a backward, and ideologically supercharged, paper juggernaut as during its Maoist days. The United States would pilot Beijing’s gradual integration within the US-dominated liberal order, co-opting it as a junior partner: a “responsible stakeholder,” in the paternalistic slogan first used in 2005 by the then Deputy Secretary of State Robert Zoellick, sharing an interest in preserving global stability and open markets. American business would reap most of the earnings deriving from outsourcing to China its industrial production, whereas Wall Street would be the main beneficiary of globalized finance’s skyrocketing gains. US consumers could indulge in an inflation-free bulimic binge driven by cheap goods imported from China and easy access to deregulated credit. Ever increasing private consumption could make up for stagnant wages, loss of industrial jobs and the ensuing weakening of what had long been a robust middle class.

The bonanza held more promises. Home construction would buttress the new US “empire of consumption,” owning a house being tantamount to a possessing a sort of plafond-free ATM: a collateral whose continuous increase in value permitted Americans to constantly expand and refinance old mortgages and loans, and therefore to consume more. Transnational supply chains would go hand-in-hand with the emergence of new Sino-American elites, fostered by shared business and financial interests, cultural exchanges and academic collaborations (Chinese students became by distance the largest foreign contingent in US universities and colleges).

So Americans and America borrowed tirelessly, buoyed by low interest rates and the eagerness of external investors — China leading the way — to hoard dollars. The US federal debt held by foreign investors increased four times between 2000 and 2008; household savings as a percentage of disposable income plummeted almost to zero; personal consumption expenditures as a percentage of GDP increased by almost ten points between the 1980s and the end of Bush Jr.’s second term; the Case-Shiller index that measures the value of house prices almost doubled between the late 1990s and 2006, when the bubble finally began to deflate.

Then came the shock of 2008, under whose shadow we have been living since then. And that helps explain why the United States and China are now on a collision course. Economic opening did not foster a political liberalization of China. The massive inflow of investments and loans in the United States only fueled financial speculation, and were not used to underwrite programs of education and professional re-training necessary to shield those mostly affected by the costs and trade-offs of the systemic shift. Consumption appeared to be the only indirect social cushion activated to mitigate the dislocations that this globalization had triggered. The meteoric economic rise of China transformed its power status and provided it with the means, at least in the Asia-Pacific, to question some of the many hegemonic privileges the US had long enjoyed, beginning with Washington’s unique ability to both fix and escape the rules of global governance.

In many realms China did in fact act responsibly, contributing decisively to the post-2008 global recovery, fulfilling its role in some important multilateral accords (as in the 2015 Iranian nuclear deal), and cooperating with the US in laying the ground for the key Paris agreement on climate change. But 2008 laid bare the intrinsic contradictions of contemporary globalization and US-Chinese interdependence. And it revealed a couple of inescapable hard truths. The first is that there is no such thing as a win-win outcome when a major transformation of the international system occurs. Transitions produce casualties and losers; the ability to protect those victims and mitigate the impact of the change is a measure of the strength of a given society and the foresight of its ruling class. On that the United States has performed very poorly.

The second hard truth is that interdependence means exactly that: mutual dependence and therefore, for each actor involved, dependence on someone else. In the current globally integrated world, no country enjoys a higher degree of freedom and sovereignty than the US, as its unique military might or the uncontested primacy of the dollar clearly highlight. And yet, even this sovereignty is somehow limited and constrained: by global chains of production that cannot be modified overnight; by vulnerability to nuclear strikes; by the unconstrained circulation of ideas, technology and expertise; by a globalized business that often escapes national legal boundaries and controls. The December 2017 National Security Strategy was filled with references to the renewed willingness of the Trump administration to defend “America’s sovereignty without apology” and protect “its sovereign rights as a nation.” This jingoistic jargon, and the crude realist description of international politics that complemented it, combined with the attack on China and its alleged “revisionist” pretensions. But Trump’s China policy is little more than a lot of talk and a badge. Under Trump’s watch — to offer one banal example among many — there has been no re-industrialization of America, and in 2017 and 2018 the US had its highest trade deficit ever with China.

Sinophobic tirades and nationalist outbursts can satisfy Trump’s domestic audience and contribute to the President’s popularity with his conservative base. What they offer, however, is at most a self-soothing therapy, not a response on how to deal with the contradictions of contemporary global interdependence and the consequences of its many unfulfilled promises. 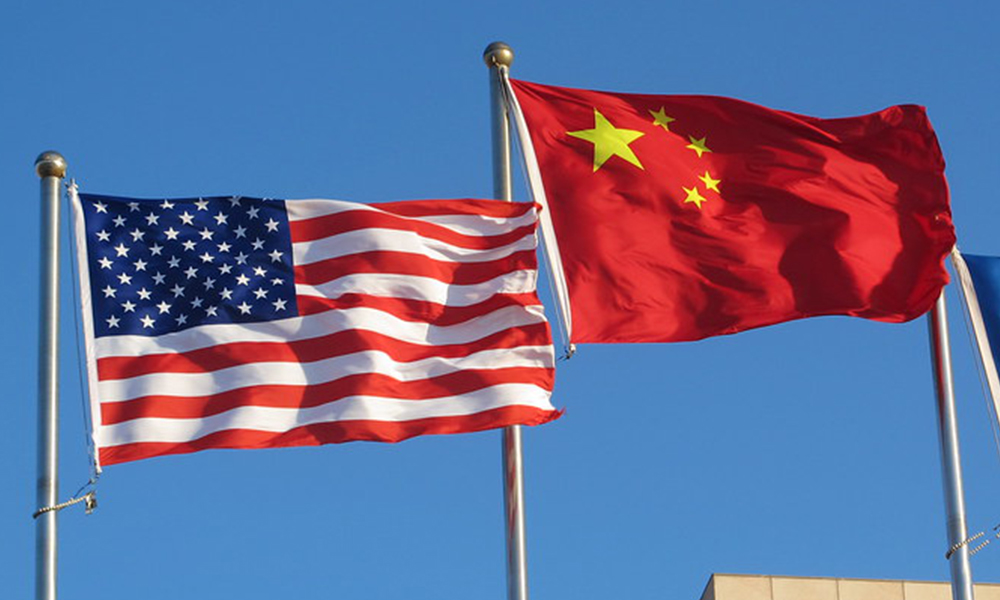