There came a point this winter at which I realized that I was reading more cookbooks than novels, more cookbooks than poetry collections, certainly more cookbooks than newspapers. When I turned on the radio and tried to listen to the day’s events, I found myself compelled, rather, to turn it off and to flip through a Madhur Jaffrey or Nigel Slater volume instead. I stirred ginger into chickpeas and cream into gratins instead of learning what the oligarch would do next. I made elaborate lists of ingredients and recipes to cook almost compulsively, and in this, I was more diligent than any diary keeping or calendar.

When I realized this, I felt embarrassed at first, and then defensive of my compulsion — what was the value judgment I was passing? How could I dismiss an entire genre of books? We speak of books so often in metaphors of eating; “Ink runs from the corners of my mouth,” goes the famous Mark Strand line, from “Eating Poetry.” We say we devour books, that we gobble them up — and how hypocritical of me, then, to feel this sense of chagrin at occasionally preferring these types of books, the books that were meant, on a more literal level, to be devoured.

But I’m not alone in this discomfort. “Recipes are the listicles of the food world,” proclaimed a bold Guardian opinion piece in February, arguing that recipes fail to actually teach us how to cook. “Both are short, incomplete collections of vaguely interesting but not entirely useful information designed for ease of consumption.” Recipes are prescriptive, with little in the way of nuance or aesthetics; they are meant to perform a service, not art.

Worse yet, too many cookbooks — even those that borrow their backbone from their author’s personal history, the real messy stuff of everyday life — are relentlessly positive, polishing their dark spots into a contented vehicle to portray their authors as par exemplars of culinary (and often domestic) bliss. The cookbooks based on blogs are always the worst offenders: somehow, reading recipes penned by models-turned-mothers-turned-bloggers living in the south of France make me less eager to cook than others.

The cookbooks I like best, the ones I find the most enjoyable to read on an actual sentence level, all share one quality, and that is a sense of melancholy. Oftentimes, they begin with a sense of acute and wistfully written loss, be it the loss of a childhood, the loss of a favorite relative and their recipes, or sometimes even the loss of a homeland. Andrea Nguyen’s Into the Vietnamese Kitchen begins with a poignant description of her family’s experience escaping wartime Vietnam before delving into a fascinating — and all the more meaningful — introduction into Vietnamese home cooking. Each recipe is imbued with the incandescence of a memory. Food, after all, is so often a trigger — where would In Search of Lost Time be without its madeleine?

Then there are the cookbooks of Nigel Slater, a British author and columnist who always allows a little darkness to intrude upon his instructions regarding the proper temperature of a roast or how best to beat up meringues. In his The Kitchen Diaries series, Slater describes food with the same kind of awe and vocabulary as a boarding school novelist does for their child audiences. Everything is garlicky or dripping or very fine or custard-like; the descriptions are vivid without verging into the vaguely fetishized oozing and goo of, say, Chrissy Teigen’s Cravings (another model!). In the second volume, The Kitchen Diaries II, a refrigerator on the night before Christmas is “an Aladdin’s cave of delights,” and recipe-wise, Slater is equally comfortable baking tarts as he with, say, using fish sauce to transform baked pumpkin.

But amidst this wonder, there are also cracks in the surface: on some days, Slater acknowledges being too tired or depressed to cook, and there are no recipes. On a cold day in March, he complains that his new wool hat makes him “look as stupid as the other” he was trying to replace. Slater is no domestic goddess — for one thing, as a man, he can more easily escape the gendered need for culinary perfectionism — and his prose, filled with sensual descriptions of food that I actually want to eat, is all the more readable due to its continued acknowledgement and even celebration of imperfection.

All these cookbooks are rooted in an old classic: M.F.K. Fisher’s 1942 How to Cook a Wolf. “Few [cookbooks],” notes its somewhat bewildered New York Times review, “have any claims to literary merit…until a knowing lady who signs herself austerely M.F.K. Fisher began conducting her one-woman revolution in the field of literary cooking.” Fisher, a Michigan native who W.H. Auden once described as “America’s greatest writer,” spent years in France, but How to Cook a Wolf, as its publication date betrays, is a wartime cookbook. But here, too, a sense of humanity pervades, with chapter titles like “How to be Cheerful Though Starving” and “How to Keep Alive.”

The recipes, too, are delicious. “I believe that one of the most dignified ways we are capable of, to reassert our dignity in the face of poverty and war’s fears and pains,” writes Fisher amidst no-nonsense instructions for foods like crackling bread made from pork fat and various stews, “is to nourish ourselves with all possible skill, delicacy, and ever increasing enjoyment…Then Fate, even tangled as it is with cold wars as well hot, cannot harm us.”

As I write this, a pot of chicken broth is boiling in the background, the skin and bones and collagen all dissolving into one. Broths and braises and soups lend themselves well to writing; one has an excuse to leave one’s desk and stretch out in another room, tending to a needy pot. It is not exactly wartime, unlike the backdrop of How to Cook a Wolf, but there is still a persistent feeling of political unease, a world outside via newspapers and radios and websites. In the kitchen, though, there is the instinct — one must eat to survive — and the emotional: the ritual of cooking, the memories and dreams and hopes and quiet, private battles of the self.

I stir the pot; it boils. And in that boiling there’s the cadence of a sonnet, a microcosm of chapter and plot. 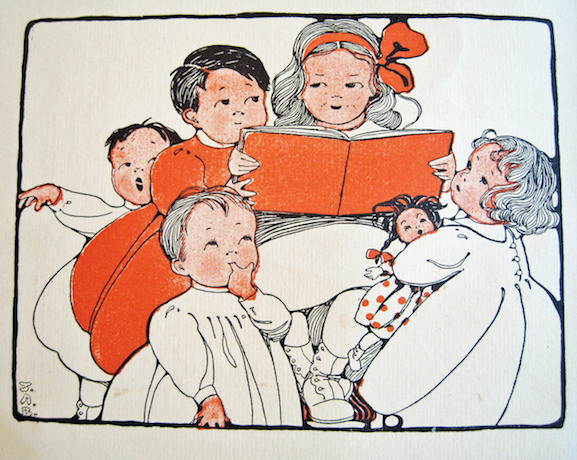