I found out my grandmother died while scrolling through Instagram. Checking the app for a few moments of distraction one recent morning (something I regularly tell my students to avoid), I had to face the irony of not following my own advice.

Seeing my Iranian grandmother’s photo posted on my cousin’s account, instinctively I knew she had died. Her health had declined sharply in the preceding weeks, though I initially tried to convince myself that maybe he had posted the photo asking his 227 followers to pray for our grandmother’s health.

Since I have about a kindergarten-level reading ability in Farsi, it wasn’t until I saw the familiar phrase “Tasliat migam,” or “my condolences,” in the comments section that I knew for sure.

My grandmother lived and died in Tehran. I was born in the United States shortly after the 1979 Iranian revolution, and I have lived most of my life in the San Francisco Bay Area.

The cousin who posted my grandmother’s photo lives in Dubai. He probably hadn’t considered that given time zones, delays, and the fact that my grandmother had eight children and 20 grandchildren, not everyone had been personally notified. He announced my Maman joon’s death on Instagram shortly after she had passed away. I thought of my own mother, who lives a few miles away from me, and my grief was compounded by the fact that she had likely not yet been told. I definitely didn’t want her finding out online.

Irritated, I checked my other relatives’ accounts; no one had posted anything. I sent messages to my sister and father to ask if they knew; they didn’t. I texted another cousin, now in graduate school in the Midwest.  He had just found out through a group chat, and was still processing her death when he received my text.

In the end, my mother formally found out via Telegram Messenger, a messaging app that boasts over 100 million monthly users, and has a significant user base throughout the world, including many parts of the Middle East. I later learned my grandmother’s eight children — now in their 60s and 70s and spread out over four continents — spent months communicating daily with one another through a group chat on Telegram, discussing my grandmother’s health.

I first met my grandmother when I was 11 years old. It was in the early 1990s, and my mother, sister and I traveled to Europe to see if we could help her secure a visa to visit us in the United States. In the years after the revolution, those wanting to visit the United States needed to travel to a U.S. embassy abroad to secure a visa.

During my teenage years, my grandmother’s green card allowed her to stay with us for months at a time, and I would finish my homework at the kitchen table while she perfected her English skills with the help of ESL workbooks and Golden Girls re-runs.

Instagram has more than 600 million users, who share around 95 million photos, videos, and postings each day. 80 percent of users come from outside the United States, and nearly 4.2 billion postings are liked each day. In my case, many of my postings are liked by my extended network of cousins who are, at times, spread out over five continents.

In our new world of digital sharing, it’s become commonplace to share news of births and deaths online. When Ricki Lake’s ex-husband died recently, she shared the news with the world through a heartfelt tribute on Instagram. In an unusual demonstration of life imitating art, actress Connie Britton sent condolences to fans on the death of her “Nashville” character, Rayna James, on Instagram.

Over the past decade, social media has challenged and transformed the social and emotional norms of Western society, as theologian Nathan Warne explores in the book Emotions and Religious Dynamics. We are less likely to make personalized phone calls and publish newspaper obituaries.

People from all over the world sent condolences after seeing my grandmother’s photo on Instagram, and it was comforting to see so many comments of support and kindness. Many believe this digital mourning is simply the next generation of social bereavement — a death 2.0. Even so, I would have preferred to find out my grandmother had died any other way than by scrolling through my Instagram feed.

Over the next few days after my grandmother’s death, I religiously checked my cousins’ social media accounts and saw their photos and remembrances. Some posted photos of my grandmother I hadn’t seen before, and others simply shared the digital death announcement customary in Iranian culture.

I’ve spent much of the past decade online learning about my cousins’ lives through their online postings. Many of my cousins’ childhood memories centered around my grandmother’s once-expansive Tehran home, which was transformed into an apartment building with eight distinct units after my grandfather’s death.

My grandmother lived on the bottom floor of the apartment building, and her children and grandchildren inhabited the upstairs units. Meals with more than 20 people were not reserved for Sunday afternoons, and days were spent living among the drama commonplace in large, extended family networks. It was like My Big Fat Greek Wedding, minus the wedding.

I had experienced none of that. I was the “American” cousin, the one with the funny accent who never had 32 extended relatives standing around watching me blow out candles on a homemade chocolate cake.

In the early 1980s, I remember being forced to talk to relatives I had never met on weekly Sunday morning phone calls. In those days, we didn’t have much money and international phone calls were cost-prohibitively expensive, so we could only afford to call at a set off-peak time once a week.

One of social media’s most overlooked collateral benefits is how it has destroyed some of the economic barriers to regular communication. In doing so, social media has inextricably connected families beyond geography. Anyone with a mobile phone and wi-fi access can has the ability to maintain a near constant connection, and Middle Eastern families like mine have taken note.

In one six-country survey done by Northwestern University in Qatar, nearly 87 percent of young adults ages 18-24 and 78 percent of older adults over 45 years old in the Middle East belong to a group message with friends and family. The five most popular social media apps in are Facebook, WhatsApp, YouTube, Viber, and Twitter.

These days, my dad talks with his sister as if she is in the next room rather than over 10,000 miles away. Though one-third of all users in the survey worried about government surveillance of their social media accounts, it didn’t seem to prevent them from staying in daily contact with family members around the globe.

Growing up thousands of miles from such a large extended family network, I’ve come to realize the separateness of my own memories. Much of my time with my grandmother was spent just the two of us. I remember driving her to the local library, where she intently made her way through every Farsi-language book in the foreign language section, and sitting next to her on the couch, her drinking hot tea, eating tokameh, or sunflower seeds, and making witty jokes with a warm, loving and slightly mischievous smile.

When considering the reach and use of social media, mostly we stress the downsides of the over-sharing and spending hours distracted by photos, messages and videos. We can quickly forget the power of micro-communication — how little messages, photos and memories can help with our own process of remembering and understanding.

As the world continues to become more segmented, and even more separated, by geo-political maneuverings, social media can provide a critical lifeline to help family and friends stay informed and connected when physical proximity is difficult or impossible.

Social media now connects families and friends all over the world in times of distress and disaster in ways that would before would have seemed unfathomable. During the November 2015 Paris attacks, people turned to social media to watch the tragedy unfold online.

Witnesses and victims live-tweeted their experiences, and it was the first time Facebook enacted their safety check-in feature for an event that wasn’t a natural disaster. In the midst of the refugee crisis, social media has become a transformative way for hundreds of thousands of refugees to “communicate across space.”

Families fleeing parts of the Middle East now keep in touch with relatives using Facebook, WhatsApp, Viber. and other messaging tools and more accurately research information around food and shelter. Now more than ever, access to wi-fi has become an essential tool for survival.

I’ve spent nearly two decades working with teenagers on organization and time-management skills through my company, Green Ivy Educational Consulting. Over the past five years, I’ve seen how social media and online messaging have become a watershed distraction for so many of my students, and I’ve traveled to schools across the United States seeing the same issues over and over again. Ultimately, students who spend too much time online are easily deterred from developing their own voice.

But in the days after my grandmother’s death, I needed the distraction. In seeing my cousins’ memories, I was able to remember my own.

A few hours after my grandmother passed away, my mother shared a video that had just been sent over Telegram. The video was shot in my grandmother’s final days; she was bedridden, with a shock of white hair and a feeding tube in her nose, in painstaking accordance with her own final wishes.

Her nurse is talking to her, and even though she cannot respond with words, she is smiling — with the same smile that I remembered from so many miles ago, and the same twinkle in her eye. Everything came back to me in an instant. 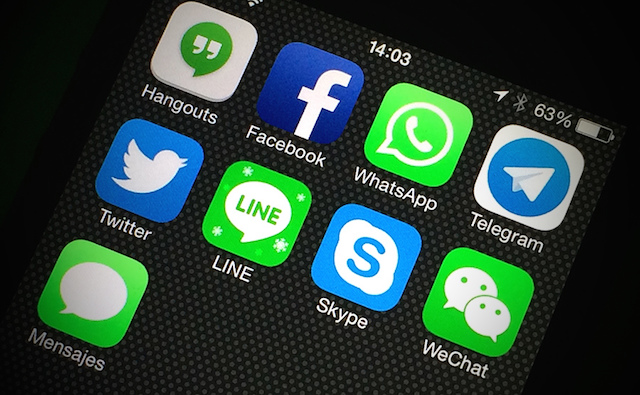