At the Association for the Study of African American Life and History Conference a few years ago, I spoke with Michelle Duster, Ida B. Wells-Barnett’s great-granddaughter.

“What were Ida B. Wells’s thoughts on the environment?”

Duster replied: “She was too busy protecting people from getting lynched to think about the environment.”

Ida B. Wells-Barnett, journalist, co-founder of the NAACP and champion of the anti-lynching campaign, fought tirelessly against lynching after her friend Thomas Moss was publicly lynched by a white mob for owning land and property. The fundamentals of Wells-Barnett’s fight still persist more than eight decades years later, and are indeed an important piece of African American environmental thought.

As the symbol of lynchings in America have been actively revived in recent episodes, we can take a deeper look into the historical and cultural roots of lynchings and the black response to understand the symbolic meaning of the tree and woods for African Americans.

Taylor Dumpson entered her first day as student goverment president at American University seeing bananas marked with “AKA” hung with nooses around them throughout the campus. Richard Collins III, Bowie State student and Army lieutenant, was stabbed to death by a member of the white supremacist group “Alt-Reich: Nation.” Just three days before he was to graduate, Sean Christopher Urbanksi approached Collins at a bus stop and said, “Step left, step left if you know what is best for you.” Collins refused and Urbanski stabbed him in the chest and Collins later died at the hospital from his injuries. Nooses were recently found at the MLK Monument and the National Museum of African American History and Culture. Mississippi State Representative Karl Oliver called for the lynching of anyone associated with taking down the Confederate monuments in the South. He has since apologized. Texas State Representative Al Green received threats of “hanging from a tree” and other physical harm after calling for the impeachment of President Donald Trump.

Following the end of the Civil War in 1865, with the ratification of the Reconstruction Amendments — 13th, 14th, 15th — and the collapse of the southern economy due to the abolition of slavery, former Confederate soldiers organized and formed the Ku Klux Klan (KKK) in Tennessee in 1866. In their mission to re-establish white supremacy, the KKK engaged in horrific and deadly intimidation tactics that terrorized: African Americans, whites who allied with blacks, and other vulnerable groups throughout the nation. History repeats itself as the KKK has scheduled a march this summer in Charlottesville. Historically such means have included but are not limited to: lynching, castration, torture, shooting, and burning human beings at the stake.

According to statistics by the NAACP, there were 4,743 lynchings between 1882 and 1968 in the United States. Of these lynchings, 72.7 percent of the victims were black and 79 percent occurred in the South. These numbers do not account for all of the lynchings that were not reported.

The tree historically symbolizes death, despair, and the dehumanization of the black body. Literature serves as our reminder of this truth.

In Jean Toomer’s 1923 short story “Kabnis” in Cane, he writes a story of the lynching of a pregnant woman when the character Layman recounts:  “She was in th family-way, Mame Lamkins was. They killed her in th street, an some white man […] ripped her belly open, an th kid fell out […] he jabbed his knife in it an stuck it t a tree.” At once the suffering of the tortured body and soul becomes linked with the lynching tree.

In Paul Laurence Dunbar’s 1900 poem “The Haunted Oak,” the narrator speaks from the perspective of an old oak tree that is haunted by the spirit of a man that the mob lynched on its branches. Before the lynching the tree’s green leaves spoke of its life and vitality. However, after the lynching its life bears the same fate as the man whose lifeless body hangs on its branches: “…And never more shall leaves come forth / on the bough that bears the ban; / I am burned with dread, I am dried and dead, / From the curse of a guiltless man.”

In 1956 the jazz singer Billie Holiday sung about the fruit that these trees produced in “Strange Fruit.”  “Southern trees bear strange fruit / Blood on the leaves and blood at the root / Black bodies swinging in the southern breeze / Strange fruit hanging from the poplar trees / …Here is a strange and bitter crop.”

Buried under the deep roots of flowering oak and poplar trees was the blood of black men, women, and children who refused to remain silent and whose spiritual fight for justice, life, liberty and love transformed the hate that surrounded them.

As a tree produces fruit to spread its seed, so too would the seed of the oppressed take root in legacies of black liberation theology. The idea that the crucifixion of Jesus on the Cross of Calvary symbolized his fight for the oppressed became a staple among freedom fighters.

The work of the Freedom Fighters gave birth to the Civil Rights Movement and its leaders Rev. Dr. Martin Luther King, Jr. and Fannie Lou Hamer. Hamer continued the legacy of Wells-Barnett of protecting landownership among black people, a movement to connect them to the land in a positive way as owners and not victims.

In addition to her work as an organizer for the 1964 Freedom Summer Voter Registration drive in Mississippi and a member of the Mississippi Freedom Democratic Party (MFDP), Hamer also formed the Freedom Farm. Through the Freedom Farm Hamer gave the poorest in Mississippi direct access to fresh produce, secured FHA loans and built black-owned businesses.

These leaders were indebted to Harriet Tubman who embodied the notion of reclaiming the symbolism of trees and the woods as tools of freedom in the black tradition.

In 2017, we are reverting to the use of tress as weapons against blacks and this must stop. We should no longer harvest this bitter crop. 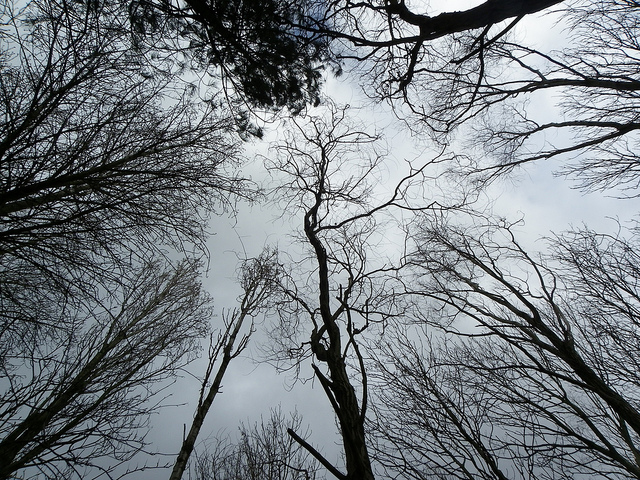