As Jonah Ryan prepares to convert to Judaism on Season 6 Episode 7 of HBO’s Veep, the gawky blusterer is stunned to learn that Jews do not believe in heaven. “Wait, Shawnee, how am I going to see my dog again?” he asks his Jewish fiancée. “Is there like a Jew place for dogs?”

The Leftovers, which aired its series finale on Sunday June 4, depicts a world in the wake of and years after “The Sudden Departure”: an unexplained event in which two percent of the global population evaporates into thin air. The departure destabilizes the world of The Leftovers and everyone in it, and as Emily Nussbaum writes, “shows us intimate grief… lit by the flare of worldwide cataclysm.” In the series’ penultimate episode, Kevin dies — for the third time in the series’ history — and, also for the third time, comes back to life. Each time Kevin dies, he visits a place where he discovers he has been assigned a task. In his final venture beyond the grave, Kevin visits a hotel that also figured in his first trip to the other side. And again, in order to return, he must become an assassin and undertake a mission to find and kill his target; only this time, his target is himself. Kevin finally comes back to life only after he destroys the world the hotel inhabits, telling himself, “we can’t ever come back here again.”

The Leftovers does not resolve much in the way of existential questions, but it raises them through its characters in crisis compellingly and unabashedly. In Season 2 Reverend Matthew Jamison, played by Christopher Eccleston, comes across a battered, naked man in arcane stocks, and volunteers to free the man by taking his place. It is unclear whether this gesture is noble or foolhardy, performed before a God who cares, one who’s abandoned the Earth with the departed, or before no God at all. Through shocking vignettes like this one and the show’s flirtation with the line between the supernatural and the insane (are Kevin’s trips to the hotel actual visits to the afterlife, or air-deprived hallucinations?), The Leftovers causes its audience to consider questions that seem too tough to chew on in the midst of everyday life. And these questions linger long after the show’s Sunday night credits roll.

Until I became absorbed in the world of The Leftovers, the last time I thought about life and death and the afterlife in a way that had any bearing on the way I lived my life was, predictably, in college. But now, washing the dishes or walking to the subway, I find myself returning to that murky place. Certainly The Leftovers’ sub-plots and character exploits inspire this thinking. But most of all, the overarching premise allows for me, and the show’s characters, to consider life and death on a level usually reserved for the angsty juvenile. In a world with a “Sudden Departure,” you cannot ignore the question of what happens when you depart, one way or another, from this Earth. So reconsidering the “Big Questions” becomes not just acceptable, but urgent — even if no answer exists at all.

From the outset, creator David Lindelof said that audiences would never receive an explanation for the Sudden Departure, and Lindelof stays true to his word throughout the series. But the character Nora Durst, played by Carrie Coons, who loses both of her children and her husband in the departure, manages to glimpse an answer at the end. In the finale, she convinces a group of scientists to put her through a machine they have built that can send people wherever it is that the departed have gone so that she can reunite with her children. She tells Kevin that after going through the machine, she arrived in a parallel Earth, where 98 percent of the world had evaporated instead of the two percent. She found her children, but realized that she did not belong there, so returned to the world from which she came. “I was a ghost who had no place there,” Nora tells Kevin. “And that, Kevin, is when I changed my mind.”

In an earlier episode, Nora bitterly distinguishes between death and departure. “My kids are not dead,” she spits. “They’re just gone.” However, the parallel between departure and death is not unreasonable;  “why they departed” is instead a more extreme version of the question of why we must live and die at all. And like Kevin, Nora crosses over to find some answers, but returns only with the knowledge that she will never go back to that other place again. Answers did not, after all, bring her children back.

The show’s opening credits, set to the song “Let the Mystery Be” by Iris DeMent also cast the parallel between the mystifying Sudden Departure and the Big Questions about life and death and the afterlife. The person behind the twangy voice that sings the lyrics essentially throws up her hands with the wonderin’ and worryin’ about life: since there are no answers, why be absorbed by questions? On our Earth, life and death are certain and constant, so not worrying is a pretty decent strategy for living your life.

But this is an attitude that no character on The Leftovers can adopt in the face of the departure. The opening credits reflect this: the carefree shrug of a song is eerily out of joint with the pictures of missing children, parents, and friends that it accompanies. On the show, each character attempts to cope with their maddening reality throughout the series’ three seasons — whether with hardened skepticism about an indifferent universe, or by clinging to faith and signs that reveal God’s will to eventually save the worthy. Yet coping mechanisms aren’t even enough in the world of The Leftovers: those who attempt to carry on are targeted by a cult called The Guilty Remnant whose aim is to serve as a “living reminder” that the world as they knew it ended when two percent of the world departed.

With the departure and the Guilty Remnant, the characters on The Leftovers have no choice but to be consumed by the tragedy of loss and the absurdity of their predicament: living in the wake of the departure, within the mystery of life. When the departure throws this reality into sharp relief, it leads to violent ends, suicides, traveling to an alternate universe made by crazy scientists, hedonism, fanaticism, misery. The Leftovers’ power is using the departure to illuminate that these are all rational responses to not just the fictional departure, but the reality of life itself. Is this any way to live?

In Season 3 Episode 5, the Hebrew song Avinua Malkeinu plays as Matt prepares to interrogate a man claiming to be God, purportedly to get him to admit that he’s not God. But the violent interview actually turns out to be yet another quest for answers in, as Alan Sepinwall describes it, Matt’s “ever-changing, never-ending search for meaning.”

Avinu Malkeinu is the lugubrious, God-praising song that Jews sing during the High Holy Days: the Jewish New Year, Rosh HaShana, and the “Day of Atonement,” Yom Kippur. Yom Kippur always confused me. In preparation for and on the holiday itself, you are supposed to make amends for your sins to both man and God so that God will “seal you in the book of life,” not the “book of death.” But as Jonah Ryan so helpfully points out, there is no heaven or hell in Judaism, no concrete conception of the afterlife, no consequences for getting put down in the “book of death.” Judaism’s at least partial answer to the “big question” is that we are obligated to live a moral life; we are obligated to use our lives well.

Another take on coping with the “big questions” comes from another HBO show, The Sopranos. When A.J. discovers existentialism, he doesn’t buy his mother’s Catholic explanation about life, that “we were born because of Adam and Eve.” Later, in the car with Tony, A.J. clarifies his current thinking on the matter, inspired by the philosopher he calls “Nitch.”

“Enough with that shit,” replies Tony, who is himself perennially in existential turmoil. “Even if God is dead, you’re still gonna kiss his ass.” Tony, maybe crassly, also invokes the need to live by and for something. And given the exploits of the Soprano family, praying to a God you perceive as dead might just make a lot of sense.

Unlike the characters on The Leftovers, we have more of a choice about whether to languish in existential mire, anchor ourselves with religion, ignore the Big Questions altogether, or find some middle ground in between. I thought I had staked my ground on the side of agnostic existentialism long ago, siding with Iris DeMent to “let the mystery be.” Because what is the good of thinking about the big questions, when there are no answers? But watching The Leftovers provided a jolt to my system. Not only does the series raise the big questions, but it also reinvigorates the inquiry: it shows that interrogating or raging at, or even feeling dumbfounded by or grateful for an oblique universe is necessary if one is to live life conscious, awake.

In the series’ last word to its viewers in the finale, Nora’s experience communicates that a lack of complete answers does not render null the act of seeking. Nora may not have gotten her children back, but embracing the questions by going through the machine, rather than rejecting any possibility of finding meaning or peace as she has done throughout the series, finally seems to bring her some…closure. Reunited with Kevin, in a world that didn’t end after all.

Perhaps we don’t have to become tortured like Kevin, Nora, Matt, and those who lived through the Sudden Departure. But entertaining thought experiments like the premise of The Leftovers is a valuable reminder of the extraordinary fact of our existence. And, whether God is dead or alive, the Book of Life is important, or there is or is not a dog heaven, The Leftovers finale provides a gorgeous nudge to re-examine how we spend our time, before we, one day, depart. 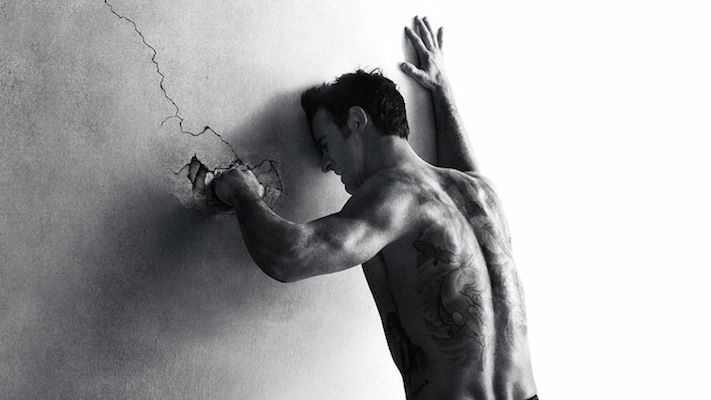