I reach out to Clergy and Laity United for Economic Justice (CLUE). They are visiting the incarcerated undocumented. There are many private prisons in Southern California where the undocumented are held. I begin to visit the one run by the GEO Group, a privatized corrections and detention facility operator, in Adelanto, north of Victorville, 90 minutes from where I live.

The first time I visited Adelanto I met a middle-aged Mexican national who had lived in Arizona for 22 years. For an unpaid car registration, he was now entombed in California, far from his dying wife, his young daughter, and his lawyer, who couldn’t practice in California.

I have visited prisons before. Along with a colleague, I brought a group of college students to work inside the Barry J. Neidorf Juvenile Hall in Sylmar, CA for a semester. There, alongside mostly black and Latino young men, my students explored the prison-industrial complex. We researched how much the state of California spent on prisons. They were stunned to see it was more than the state spent on education.

The second time my colleague and I did this we went to Los Padrinos in Downey, to work with young women. We were warned against these young women; when we met them, their hues and personalities instantly reminded me of my friends from junior high. We connected and spent a semester working on self-expression. We were awed by their poetry and participation. A young Latina spoke of her child, born while she was incarcerated and now with a foster family. A young Samoan laughingly recounted the time her mother violently shaved half her head as punishment. I cried inside.

These experiences with the US prison system presented haunting similarities to what I see now in Adelanto. Through my visits at the detention center, I met a young, petite Guatemalan who had once only spoke K’iche’ but now spoke fluent Spanish. I bore witness at her final asylum hearing, where she spoke simply and clearly about the corruption in her home town: the threats to her family by drug dealers; the murder of her brother as a follow-up to the threats; the sexual violence she suffered from a drug dealer. The Russian-born judge treated her brusquely and skeptically. She denied her asylum.

I bore witness later at her Rodriguez bond hearing. A Rodriguez bond (from the landmark judgment in Rodriguez v. Robbins) means that after six months of incarceration it was now up to the government to prove the undocumented is a danger to society or a flight risk. The Russian-born, Sessions-appointed judge set her bail at $30,000, a virtual middle finger to this young woman’s dreams.

And yet, by the grace of many, many people — particularly Freedom for Immigrants — we got her out.

A few months ago I began visiting another young woman, this one from Venezuela, incarcerated in Adelanto. After meeting her for the first time I started calling lawyers — they were overloaded with clients. I kept calling, and eventually Public Counsel called me back. They sent a pro bono attorney to speak with her.

They took the case.

I kept visiting her.

I bore witness at her asylum hearing. Her testimony was emotionally compelling, and it informed me about what she had done in ways that she hadn’t been able to share in our time together. The judge tried hard to conceal his yawns as she spoke. As she made her statement I saw a brave young woman who had stood up to injustice and corruption in Venezuela. At 22 years old, how did she manage that? Once the government began threatening her life, she fled. She ended her statement saying she put her faith in God and her life in the hands of the judge in front of her.

The session took three hours. These hearings are private. That got me thinking about what the law can get up to when nobody is watching. At the end, the judge informed us he would make his decision in writing within 30 days. I do not know what will happen next.

Why am I sharing this?

Because it’s easy to feel hopeless and overwhelmed. It’s easy to give up in advance, to avoid the misery of unmet expectations and curdled dreams. I read the news and want to drink vodka or watch Netflix, or crawl into bed and stay there, forever and ever.

But our actions matter.

All of us are more powerful than we realize.

I urge you to take actions that are meaningful to you. Even if it is as simple or as complex as one person at a time.

Since the writing of this essay, the US government has granted the young Venezuelan woman amnesty. She is free. 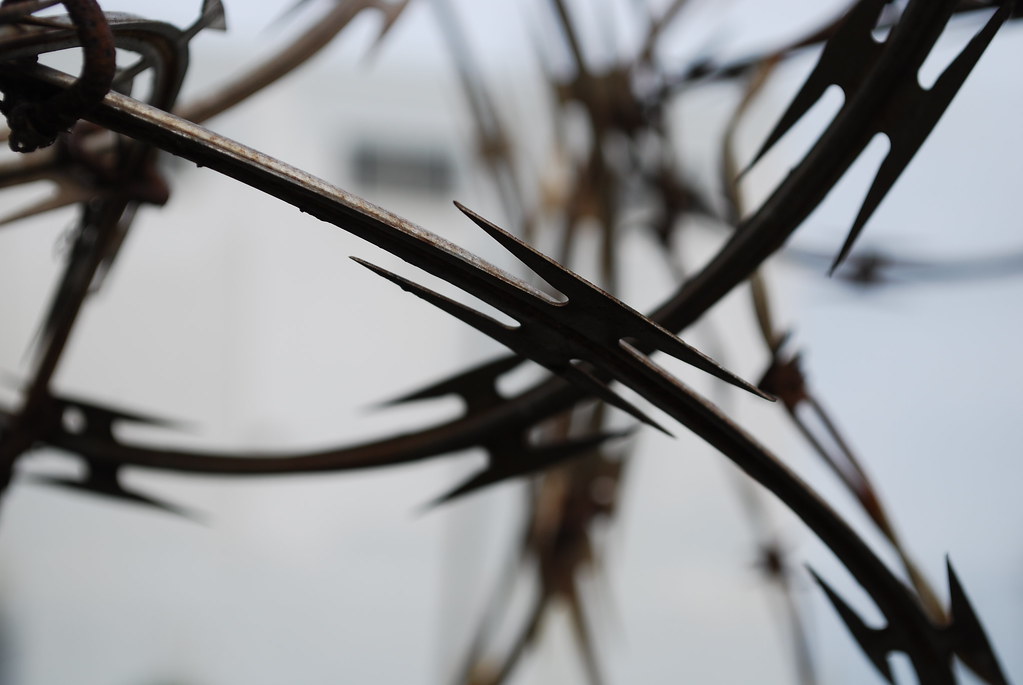