Black Panther’s Erik Killmonger is truly one of cinema’s great villains. We admire him — how he turned trauma into tenacity, scars into strength. He had the drive, intelligence, and resources to right the world’s wrongs, decolonize the oppressed, shift the balance of power and destroy white supremacy. Maybe he wasn’t such a bad guy after all. Maybe he deserved a chance to prove himself.

The secret of a good narrative is that all the characters — protagonist and antagonist alike — have similar wounds, similar problems and needs. And an exceptionally well-written villain can look a lot like a misunderstood protagonist. In Black Panther, both T’Challa and Killmonger must reckon with their fathers’ untimely deaths and complicated legacies. Both are challenged to descend into the (literal and metaphorical) underworld and emerge transformed. But ultimately, what separates the villain from the hero is that the villain refuses to change. T’Challa learns from his enemy, he breaks with the past and adapts to the needs of the present, and he and his country are stronger for it. Killmonger refuses to be held accountable for his crimes, choosing to martyr himself rather than undergo the pain of change.

Adolf Hitler thought he was saving his country. He thought he was history’s protagonist. Do you think he rubbed his hands together in a state of ecstasy over all the evil he was about to perpetrate? Or did he carefully tidy his little mustache, snort his cocaine, and think What good can I do today?  We have mythologized Nazi Germany as the homeland of a unique species of monstrous humans, the likes of whom have never existed before or since.

Every morning, Adolf Hitler opened his eyes. Every day, he put on his shoes, one foot at a time.

This connection is harder to stomach than Killmonger’s righteous rage because most of us (thankfully it’s still most) can’t relate to Hitler the way we can relate to Killmonger. So we plop him in history’s blooper reel and we say “Never again.”

Never again, that is, until Pol Pot, until Idi Amin. Never again until Bosnia-Herzegovina, Rwanda, Afghanistan, Iraq, Syria. And — in the greatest geopolitical plot twist since 21st century Germany — “never again” until the state-sponsored apartheid and terrorism of Israel.

In Black Panther, CIA agent Everett Ross says of Killmonger, “He’s one of ours.” “Ours,” as in the United States military — the world’s most powerful merchant of state-sponsored violence. This fact is easy to forget when listening to Killmonger’s impassioned rhetoric. It’s easy to forget that the self-inflicted scars on his body represent every black and brown person that he murdered with the blessing and support of “good guy with a gun” America. Killmonger deals in death and chaos, like any good villain. He does not believe in the future, never mind his speeches about redemption. He destroys the Heart-Shaped Herb, ensuring there will never be another Wakandan king after him. He says “The sun will never set on the Wakandan Empire,” but that is only because, if he succeeded, there would be no one left to see it. He has always been covetous of the Wakandan sunset, don’t forget.

Americans believe that we are history’s protagonists. Any past indiscretions are anomalies, narrative red herrings on our country’s Hero’s Journey. And yet, the history of America is textbook villainy. We built our government on the premise of equality, while simultaneously enslaving, torturing, and destroying entire races based on the color of their skin or country of origin. We have always taken children from their parents. We have always locked up those we fear. We have always turned away the needy. We are a people who love our cages, who fear the Other, all the while preferring to believe our own blatantly fictitious origin story. This country would not exist without violence and white supremacy, without a populace who have gaslighted ourselves into believing “this is not who we really are.”

But a country where a child can ripped from their mother’s breast and never returned to it, all for the crime of crossing an imaginary line on the ground, is not a land of heroes. Like Adolf Hitler, Pol Pot, Idi Amin, Donald Trump — we open our eyes every morning, put on our shoes one foot at a time.

Evil deeds alone do not a villain make — T’Challa himself is marked by blind faith, isolationism, and ambivalence. The mark of the villain is that he refuses to change, whereas the hero, eventually, will. That is the only difference. Evil is insecure. It needs to be fed by yes men; it needs to be told it is doing the right thing. It loves authority and loathes curiosity; it hates essay questions and loves true/false. Those who commit evil acts would rather die than be held accountable for their deeds, and so they surround themselves with people who say they’re doing a great job. We are social creatures, and evil is not embodied in a single man, it’s a group exercise.

What do you do with the mad that you feel
When you feel so mad you could bite?
When the whole wide world seems oh, so wrong…
And nothing you do seems very right?

In 1969, Fred Rogers calmly and clearly spoke the lyrics of this song to the Senate Subcomittee on Communication, convincing them to give public television a previously unheard of $20 million budget. He knew better than most that if a child never learns to control her anger, to understand it and use it for good, she grows into an adult who can’t control her anger, or understand it, or use it for good. Get a group of these adults together, tell them they are entitled to anything their hearts desire, and if they don’t get it, blame black and brown people, gay and trans people, women and Muslims and Barack Hussein Obama. Add a gun/a Border Patrol uniform/all three branches of government, and it doesn’t take a novelist to see how this plot will unfold.

Attorney General Jeff Sessions defended family separation by quoting Romans 13, a passage most commonly invoked to justify American slavery and racial violence. A Border Patrol officer joked “we have an orchestra here,” as children, forcibly separated from their parents, wailed in the background. The United States of America pulled out of the UN Human Rights Council.

Eventually, Trump decided he “didn’t like the sight or the feeling of families being separated.” It would be tempting to think the news of his own villainy broke through the shield of yes-men, undermining his perception of himself as protagonist of this story. But this would be wishful thinking; his was not a change of heart. Trump has since sowed even more confusion and chaos, intending to detain immigrant families indefinitely, which is not only illegal, it includes no plan for reuniting the 2,300 separated children with their families. He clamors for the end of due process — a cornerstone of democracy. Meanwhile, the American public wrings its hands, writes thinkpieces.

The sun is setting on democracy, but maybe it always has been. We are, all of us, the villains of this story, and we have descended into the underworld. Now will we change, or won’t we? 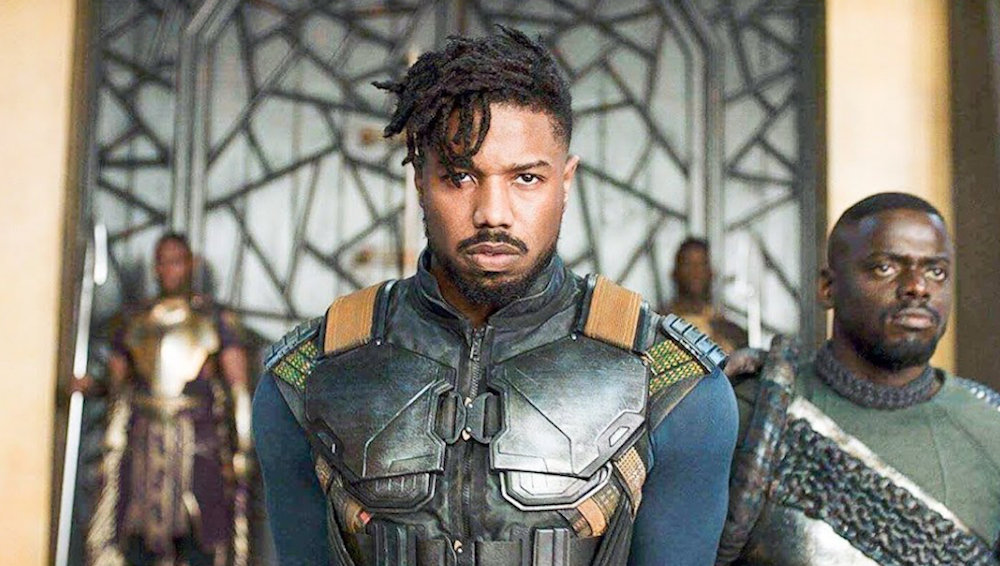