A boy, not quite a man, out of shape, out of place, and armed with a semiautomatic rifle he’s too young to carry legally, travels from his home in Illinois to the troubled streets of Kenosha, Wisconsin. He makes a few self-aggrandizing comments to a videographer, and then begins to act out an adolescent-warrior fantasy.

When the gun smoke clears, two people are dead. Another is grievously wounded. The White House defends him. And the dark corners of the Internet celebrate him as a hero.

There’s much we still don’t know of all the details. But the contours of the double-slayings leave us with the chilling sense that we’ve been here before.

For the past three years, I have been studying America’s other deadly pandemic: the arc of mass public shootings that have claimed the lives of thousands for my forthcoming book From a Taller Tower: The Rise of the American Mass Shooter. This is a multi-faceted crisis that seems to draw on pathologies in our culture: an abundance of deadly weapons, our inability to distinguish narcissism from character, our embrace of a sense aggrieved victimhood as status, and our tendency to grant these killers their most fervent wish — to wrap themselves in some imagined cause and thus mask their true reason for committing murder, and that is that they are, at their core, killers. Some, perhaps all, of those elements appear to have been at play in Kenosha.

As the number of casualties of mass public shootings has spiked in recent years, and as the research into the minds of these murderers has evolved, the mass media has, by and large, gotten wise to the fact that a thirst for glory and self-aggrandizement is at least one of the factors that drives these killers. They want to be famous in a culture that, as studies have shown, often prizes fame above all else. In that, they’re just like the rest of us. Only more so.

It’s since become standard practice in the media to downplay the killer’s name and to focus instead on the lives that these killers snuffed out. That’s a good thing. But do we risk making a similar mistake when we accept without question the claims of some perverse political motives made by these killers?

To be sure, political dimensions exist. As one of the early readers of my manuscript for From a Taller Tower noted, “If inflammatory political rhetoric stokes a shooter’s paranoia/anger/psychosis as he shoots up a synagogue or a Walmart in a border city, certainly the impact of his actions matter just as much, if not more, than what was going on in his head.” There is no question these killers reflect the angst felt primarily by white males who see themselves as losing status against the modest gains made by women and people of color and other groups. Nor is there any question that their anger has been stoked by a culture that has sought to commoditize their angst.

It cannot be stated strongly enough that the casualties in many of these attacks were targeted because of who they were and what they represented in the killers’ philosophies. Jews died because they were Jews. Hispanics were murdered because of their ethnic heritage. Women were killed because they were not men. The psychiatrist who imagined himself an Islamic Jihadist when he murdered 13 at Fort Hood may not have been a soldier in a global struggle, but the people the psychiatrist murdered — soldiers in uniform, on active duty — certainly died while defending their country.

At their core, these killers share at least one thing in common: a narcissistic image of themselves as armed avengers, destined for some perverse fame for their refusal to be victims. It’s ironic that the Jews who survived the attacks at Pittsburgh and Poway, members of a people who have actually been targeted by real conspiracies at least since their neighbors in Egypt conspired to drive them out of Alexandria more than two thousand years ago, most emphatically do not act like victims. In the late spring of 2019, a killer who claimed to be inspired by the murderer from Christchurch and the killer from Pittsburgh opened fire at the Chabad synagogue in Poway, killing a 60-year-old woman and wounding three people, among them an eight-year-old child and the rabbi whose hand was mangled by a bullet. Just days after that attack, the congregation presented the rabbi with a gift, a Yad, a Torah pointer that had been purchased almost on a whim by a member of his congregation months earlier. It was modified so he could overcome his injury and continue to intone the ancient verses. Hannah Kaye, the daughter of Lori Kaye, the only fatality in that attack, could easily have focused on the horror of it — her father, a physician, had rushed to perform CPR on the wounded woman and collapsed, a witness told me. He collapsed when he realized that it was his wife he was frantically trying to revive. Yet Hannah Kaye had just barely gotten up from sitting shiva — the traditional seven-day mourning period among Jews — when the internet and social media lit up with her joyous celebration of her mother’s life, praising her as an Eshet Chayil, a Righteous Woman who embodies the eternal virtues commanded in the Torah: generosity and humility, courage and faithfulness. It had been Lori who had purchased the Yad, a congregant told me. There’s a magnificent defiance in that.

Dean Root, a congregant at the Tree of Life synagogue in Pittsburgh who had just arrived at the synagogue as the shooting began there in 2018 and who provided sanctuary to at least one person fleeing the massacre in his car, told me that in the wake of the attack, the three often-bickering sibling strands of Judaism that shared the building became more united. Their adherents rededicated themselves to the core values of their shared faith, he told me, not the least of which is the obligation to care for the stranger in your midst, embodied by the work of the Hebrew Immigrant Aid Society.

That daily victory over darkness, that refusal to claim the mantle of victim was also trumpeted on the web. I hope that galls the hell out of the murderer. These devotees are not alone in refusing victimhood.

Indeed, at least since Sandy Hook, the survivors of mass shootings — and those touched by them — have increasingly used the same technology the killers use to stoke their murderous impulses. They use the same technology that lionizes the killers and even amplifies the impact of their crimes, broadcasting them in real time to people all over the nation and the world, to announce to the world that they have indeed survived. More than that, organizations like Everytown for Gun Safety, Rep. Gabby Gifford’s foundation, and the March for Life (established by the survivors of the Parkland massacre in Florida) have tried to turn the virtual sword the killers wielded into a million digital ploughshares, using the internet to build support for initiatives that they hope might combat the epidemic of gun violence in this country. That light may never make it down to the depths of the web incubators for these killers. But it’s a start.

And it’s worth remembering that these websites did not make the killers out of whole cloth. In many cases they brought the cloth themselves, and in those parts of the web they got help turning them into costumes. As Adam Lankford writes in The Myth of Martyrdom, even if the Virginia-born psychiatrist at Fort Hood had not been a Muslim, had not found a sense of belonging among other wannabe jihadists on the web, even if he had been a Christian or a Jew, “he would still have had severe personal problems and the inability to handle them… He would just have attacked somewhere else instead.”

Of course these killers are drawn to the hate-filled websites of Islamic extremism or to the flickering torches of the white supremacist movement and gravitate to the racist websites. Those places are cesspools of self-pity. The perceived sense of victimhood is a defining characteristic of mass shooters. Inside the imaginary walls of these electronic medieval cities that defy borders and span the globe, men like the Christchurch shooter, who barely warrant a glance in the real world, can fashion themselves as kings. They can give full reign to their grandiosity and imagine themselves as heroes out of an ancient nationalist saga. Those sites provide them succor and cover and offer whole identities that they can refine to reinforce their own murderous peculiarities. “I should have been that I am, had the maidenliest star in the firmament twinkled on my bastardizing,” the villain Edmond says in Act 1, Ccene 2 of King Lear. These criminals almost certainly had the makings of killers long before they ever got radicalized.

Adapted from the forthcoming From a Taller Tower: The Rise of the American Mass Shooter, publishing from the University of Texas Press on April 13, 2021. 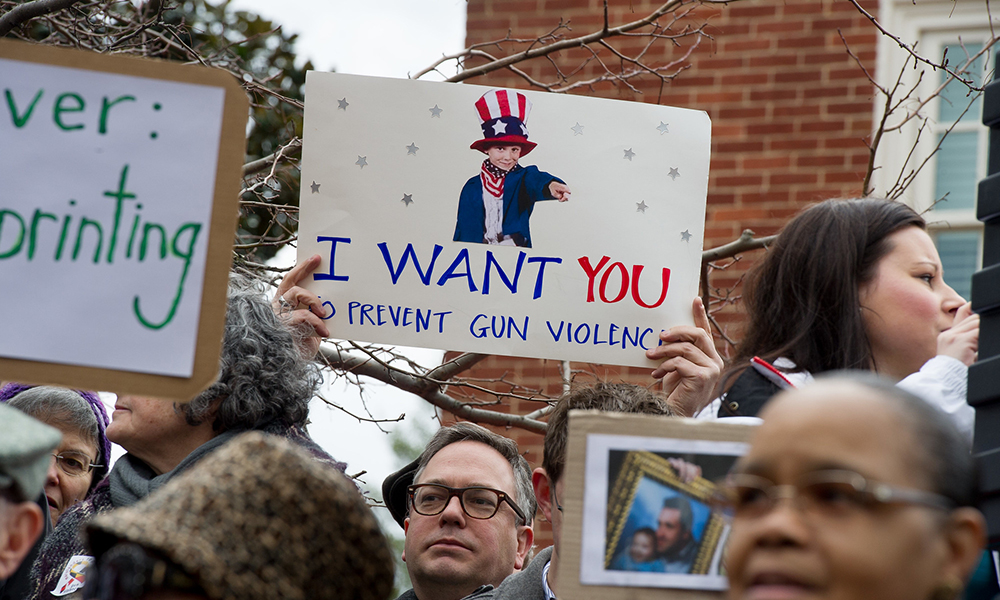