Smart people have long argued among themselves about what language does, and doesn’t do. But pretty much everyone agrees that, if nothing else, language evolves. Words and phrases that were perfectly serviceable for decades, or even centuries, take on fresh meaning or vanish altogether. Fifty years ago, “boss” meant “cool.” A hundred years ago, “fantastic” referred to what existed solely in the imagination. Five hundred years ago, “jumble-gut lane” was slang for a bumpy stretch of road.

With that malleability in mind, it’s time to repeal and replace a phrase that has grown increasingly problematic in just the past couple of years. “Charismatic leadership” has long done its duty: but today, when applied to a certain American president, it’s both misleading and, frankly, a little nauseating.

Before we retire the phrase, however — or even curtail its use — it’s only right to examine where it came from and why it’s endured for so long.

Roughly a century ago, the German social theorist Max Weber delineated what he saw as three fundamental types of authority: “traditional, “legal-rational,” and “charismatic.” In Weber’s eyes, the keystone of traditional authority is a kind of sanctified sense of custom — “We will do it this way because this is how we have always done it.” Think kings, queens, even landed gentry: sovereigns of an inherited, rather than earned, legitimacy. Legal-rational authority is grounded in rules, laws, bureaucracy — emblems of a society governed by contracts both codified and unspoken.

Charismatic authority is a more volatile beast, issuing from the personality, the dynamism, the attitude of a single, unquestioned leader and his vision of a dazzling, if necessarily vague, future.

The charismatic leader, Weber wrote, is “set apart from ordinary men and treated as endowed with supernatural, superhuman … qualities.” Put another way — as David Livingstone Smith, a professor of philosophy at the University of New England, noted in an excellent February 2018 essay, “Why We Love Tyrants” — charismatic leaders “inspire devotion, and are regarded as prophetic figures by their followers.” Such a leader, Smith wrote, has “a special, almost magical aura. His followers believe that he can work miracles and transform their lives.”

Thus, academics have for generations relied on Weber’s picture of charisma — from the Greek, xárisma, a divine gift or favor — when referencing leaders who possess, among other traits, a seemingly mystical ability to rouse crowds.

It’s also worth pointing out that, in this sense, “charismatic” can be ascribed to leaders ranging from MLK, Gandhi, and Nelson Mandela to Brazil’s Jair Bolsonaro and Muammar el-Qaddafi. These men (they’re almost always men) don’t merely inspire or incite. In the eyes of his loyal flock, the charismatic leader is often infallible: those who are not with him are against him — they are his enemies, and his followers’ enemies.

For purposes here, though, we’re interested primarily in authoritarian charismatics — those who rule with an iron, humorless certainty — which brings us, as everything does these days, to Donald John Trump.

Trump may be a liar, a racist, a con man, a serial bankrupt, a conspiracy monger, and a bagman for America’s enemies, but viewed through Weber’s lens, he is charismatic. How else can we explain grown men and women roaring approval during the president’s spasmodic, hate-fueled rallies, or his steady approval among millions as he debases the Oval Office, brown-noses despots, and undermines the rule of law.

As it happens, the problem of referring to Trump, Turkey’s Erdogan, Hungary’s Viktor Orban or any number of modern-day autocrats as “charismatic” is that the term means something specific to the relatively miniscule number of writers, thinkers, and commentators who use it as Weber meant it, and something else entirely to the other 99.9 percent of the human population.

Weber’s “charisma” is a freighted concept grounded in Judeo-Christian tenets, psychoanalytic theory, and other post-Enlightenment currents of thought. For the rest of us, “charisma” is a mysterious, companionable quality. It springs from charm: a kind of palpable likeability. Michelle Obama has it. Ellen DeGeneres has it. Mookie Betts has it.

Trump’s Weberian charisma is anything but charming. Sneering at science, refashioning history, attacking the weak and the marginalized, Trump carries his followers along on a dark, consuming flood, with promises of paradise just around the bend. The longer they commit to his assurances, the more invested Trump’s followers are in his grimly cartoonish vision of a rose-hued, ethnically cleansed future. They can’t turn back. They’re in it until the end.

In a charismatic leader of Trump’s mold, likeability is irrelevant. What matters is his “magical aura,” as David Livingstone Smith phrased it: his ability to convince his followers that he can, if he chooses, bend reality to the black hole of his will.

So where does the distinction between those two conceptions of charisma leave us? Throwing Weber out entirely would be unconscionably rash, especially as he still allows for relevant conversations around a specific understanding of power and control. But referring in everyday conversation to unprincipled creeps like Trump or Vladimir Putin as “charismatic” feels obscene. Conflating a charisma like Trump’s — pandering to fear, resentment, and racial entitlement — with the charisma of, say, a Springsteen or a Beyoncé — uplifting, inspiring, unifying — is like conflating Hustler with National Geographic. Yes, they’re both magazines. No, they’re not aiming for the same audience, or the same reader response.

Clearly, we need a new phrase with which to characterize Mussolini-wannabes, like Trump, who revel in divisiveness, invective, threats, self-aggrandizement, and lies.

Whatever we come up with, let’s agree to reserve “charisma,” as most of the world understands it, for the Awkwafinas, John Prines, LeBron Jameses — people we actually like.

And while we’re at it, maybe we should revive “jumble-gut lane.” After all, it looks like the road ahead is going to get a hell of a lot rougher before it smoothes out again. 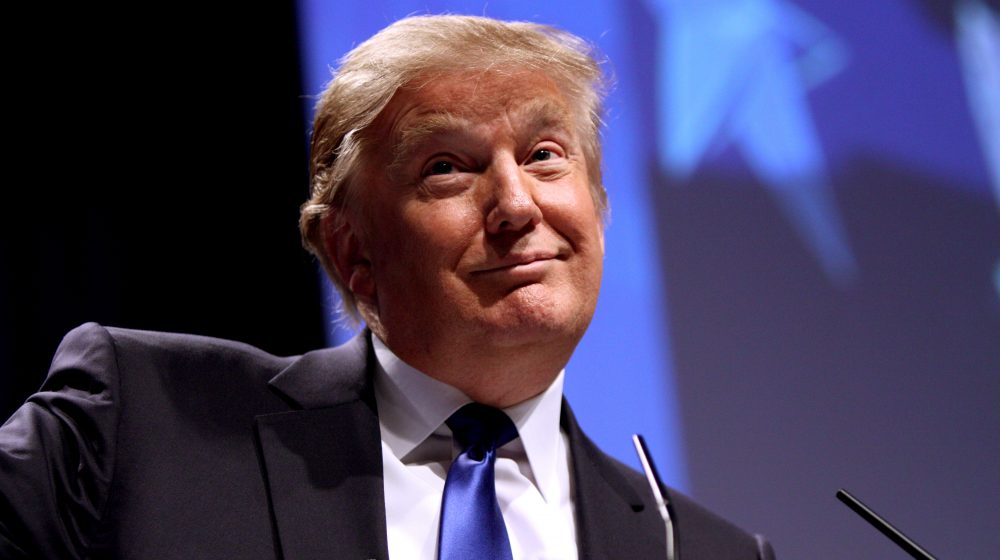