Judicial temperament, like obscenity, is something that you know when you see, but is hard to define. Most would point to personal characteristics like probity, impartiality, a balanced disposition, equanimity, fairness, and honesty, among other characteristics. The American Bar Association Standing Committee on the Federal Judiciary lists the following indicia: “compassion, decisiveness, open-mindedness, courtesy, patience, freedom from bias, and commitment to equal justice under the law.”

Judge Brett Kavanaugh was scoring fairly high marks for judicial temperament until his recent appearance before the Senate Judiciary Committee after the testimony of Dr. Blasey Ford (which Kavanaugh denied having watched prior to his own testimony).

The Kavanaugh that we came to know from his Senate confirmation hearings, and as encored in his Fox News interview, was a calm, mild mannered, even tempered person seemingly without grudges or rancor in his heart. That he was convincing in this role is evidenced by the judgment of Jeffrey Toobin, who, as recently as September 17th, wrote in the New Yorker that Kavanaugh was “thoughtful,” displayed a “pleasant manner,“ and espoused “content free banalities.”

Then, last Thursday, like the Incredible Hulk, a completely different Kavanaugh emerged. Angry, petulant, frowning, grimacing, gulping water, and partisan in the extreme, this Kavanagh spewed rancorous attacks on his accusers, the Democratic Party, and reaching back decades, yes, even the Clintons. Portraying himself as the innocent victim of a conspiratorial political “hit,” he decried the process that had brought him to answer Dr. Blasey Ford’s accusations. Writing for the New York Times, Greg Weiner summed it up by calling Judge Kavanaugh “one angry man.”

Who is the real Kavanagh? I am left wondering if it’s the choirboy who appeared on Fox news, Dr. Jekyll, or his fulminating counterpart, Mr. Hyde. For some, including myself, the choirboy Kavanaugh seemed too good to be true, and now the belligerent Kavanaugh seems true, yet anything but good.

My uneasy intuition tells me that the angry Kavanaugh may be the real one, and that the genteel Kavanaugh may be a well cultivated affectation to conceal what lies at his core, a sense of entitlement, privilege, and prejudice. Repeatedly citing his having graduated from Yale, and his years of hard work, Kavanaugh seemed indignant that his rightful place on the Supreme Court was subject to challenge, and worse, by the likes of these accusers.

As to prejudice, there is little doubt that Kavanaugh has no love for Democrats, progressives, or liberals. He was Kevin Starr’s hit man, a righteous gladiator determined to bring down Bill Clinton for moral improprieties. It was Kavanaugh who pressed Starr to ask Clinton sexually graphic questions about his relationship with White House intern Monica Lewinsky.

As an illustration that, indeed, what goes around comes around, last week Kavanaugh expressed outrage over having to answer accusations of assaults on women. “Sex,” he said, “is not a topic I ever imagined would come up at a judicial confirmation hearing.” Indeed, Judge Kavanaugh, but was it not the Senate that tried Bill Clinton on the sex charges you helped engineer against him?

It is hard to escape the conclusion that Kavanaugh on the Supreme Court will have lots of scores to settle with progressives, Democrats, liberals, and the like. It is hard to imagine that he can approach the job with the open mindedness and impartiality that we, at least in theory, expect our Supreme Court judges to exhibit.

His open display of indignation last Thursday was applauded by some, in particular by President Trump, who issued a laudatory tweet, asserting last week’s Kavanaugh showed exactly why Trump nominated him in the first place.

Such a vehement denial of guilt must point to innocence, some would say. But I have known many an accused deny their guilt with a similar vehemence, even in the face of overwhelming evidence to the contrary. Prisons are filled with men and women who profess their innocence with assertiveness equal to Kavanaugh’s display. Outrage and indignation can be a sign of innocence, or a defense triggered in a person caught in a lie that shatters a veneer of respectability. As Queen Gertrude said of an actor’s performance, she “doth protest too much, methinks.”

For me it comes down to this, if credible (but, admittedly, as yet uncorroborated) accusations of sexual assault bring out such an ugly display, is Judge Kavanaugh the right man for this job? Putting aside his judicial philosophy, which is properly the subject of debate by the Senate, I think he fails the judicial temperament test. I would hope — and hope is all I can — that senators from both sides of the aisle will consider this issue dispassionately before casting their vote to elevate Judge Kavanaugh for life to our highest court. 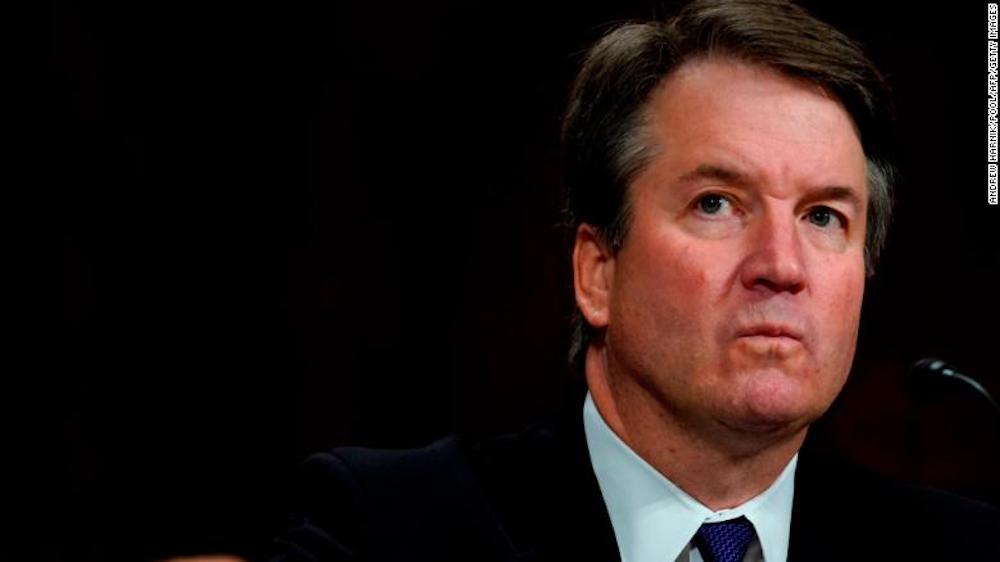