It is well within the range of the plausible that the next President of the United States will be an ignorant, authoritarian game-show host peddling an improvised basket of incoherent, would-be catastrophic economic and foreign policies, the wreckage of which, ironically, would offer nothing that might improve the lot of his core supporters.

How can this be? We are staring into an abyss here — a chasm not characterized by Trump’s considerable dark menace, but with the possibility that American democracy is in potentially irretrievable disrepair.  With the prospect that, as Carmela Soprano once put it, “everything ends.” In this case, however, hanging in the balance is not the fate of a middling northern-Jersey crime boss, but everything we have told ourselves about the American experience.

Trump has said and done scores of things, any one of which would have (quite properly) disqualified any of the candidates who had sought the nomination of a major political party in the past fifty years this side of the unrepentant segregationist George Wallace. There is little point in rehearsing this litany of misdeeds yet again (though one cannot help but flag his unseemly intimacy with the murderous dictator and enemy of America Vladimir Putin), only to be newly astonished at their inconsequence. It is hard to assess what is more horrifying — Trump’s long-as-your arm rap sheet of crimes against the American Way, or the indifference of a large segment of the public to those unprecedented outrages. Most disgraceful of all is the behavior of those who know better but have not spoken out and joined the legions of Republicans who have nobly put country ahead of party.

Those principled people understand that the national emergency we face is not a question of partisan politics. Ted Cruz, Marco Rubio, and John Kasich are very conservative Republicans. Had one of them secured their party’s nomination, the battle would have been pitched and the stakes very high, but this election season would have been one of proper political contestation – that vital, socially-productive clash of ideas and interests — not a moment of existential crisis about the fate of our very capacity for self-government.

There is nothing inherently “Republican” about Trump, his political history, or his current mélange of half-baked policy notions. Other than requisite promises of large tax cuts for the wealthy (this would appear to be the only sacred trust left that, if violated, would meet with the censure of feckless, finger-to-the-wind elected officials of the Grand Old Party), Trump’s positions — the vulgar grunts of a know-nothing nativist white-nationalist — are generally at odds with long-standing mainstream Republican views. And so Democrats who quietly pat themselves on the back in self-congratulatory condescension (“we would never nominate such an unqualified idiot”) ought to keep in mind that Trump’s Republicanism is opportunistic — and skin deep. (The Democratic Party is too ethnically diverse for “whites only” snake oil to sell.)

Trump is not a party man. With a different pitch, he could have fashioned himself a Democrat (after all, at times he was). The crisis we face is not rooted in prospect of which side will prevail — it is that Trump might win. Because such a prospect is suggestive of the possibility that we are now living in a post-fact, post-rationalist, post-deliberative society, one where the darkest corners of the twitter-sphere share a common standing with the encyclopedia Britannica, and the dividing line between “Reality TV” (which is actually not all that “real”) and real life has been erased.

For Trump is not the Manchurian candidate — he is the Kardashian candidate.  That may be a little unfair: I don’t follow the Kardashians, but they seem like a less dangerous and nasty lot. Regardless, neither the equally qualified Donald nor Khloé (another “American entrepreneur and TV personality”) ought to be under serious consideration for President of the United States.

So if Trump wins — well, what can be said, other than we brought this on ourselves and so much for that shining city on a hill thing — let’s just hope the economy doesn’t crash and the world doesn’t blow up (but I wouldn’t bet against those outcomes). But if Trump loses, yes, take a moment to exhale — but then we still need to figure out how we brought ourselves so close to this unfathomable abyss, and how to cautiously walk back from that precipice. 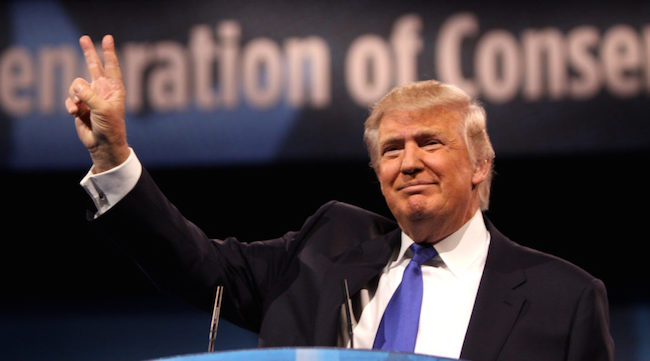