Everyone knows the story by now. On Tuesday night, Justin Turner, third baseman of the Los Angeles Dodgers, tested positive for COVID-19 during the deciding game of the World Series and was removed from the contest. Later, he returned to celebrate with and even embrace teammates, at times removing his mask.

The takes, unsurprisingly, abound. Probably the best of these comes from Hemal Jhaveri, who rightly argues that this is an institutional failure. Neoliberalism invites us, always, to blame the individual, but the reason Turner was in that position was the profit-motivated calculation of Major League Baseball that revenue was worth the price of infection.

I was struck by something a little different, though. To me, Turner’s decisions are a clear distillation of how the general fetishization of “winning” in elite sport leads athletes to subject themselves and others to a range of forms of (later) often deeply regrettable harm. To be clear, no one made Justin Turner participate in the celebration. But his choices only make sense if we recognize that athletes, like all of us, are submerged in ideological and cultural systems that frame and form our desires and dispositions. Turner’s choice is a function of the way neoliberal capitalism, in lockstep with hegemonic sporting culture, teaches athletes to understand themselves through a logic that (over)values competition and domination, and then, as a consequence, leaves all manner of residual harm in its wake.

When I look at the images of Turner and his teammates, I can’t stop noticing how happy they seem, even while knowing they are in extreme danger of contracting the virus. The pleasure of winning in that moment (over)compensates for the risk of disease. The political economy of sport is predicated on that emotional calculus — that athletes will consent to literal forms of self-sacrifice to satisfy the voracious desires of both athletic capital and meaning-starved fans. They have learned all too well that they must experience euphoria through competitive spectacle.

In Turner’s seemingly selfish choice there is a poignant echo of the fact that the chief pleasures of athletic labor — accomplishment in front of adoring fans, the experience of being the receptacle of all that collective meaning — are also a form of harm. These pleasures inevitably end in the post-career identity crisis of withdrawal. Indeed, there is an entanglement of harms at work for the professional athlete: harm to the body in myriad manifestations, and harm to the psycho-emotional self. Both are already present in the moment of victory as its necessary corollary. These physical and psychological harms are the debt triumph accrues.

I know I’m playing at reading Turner’s mind, ascribing intention, feigning understanding. In the days immediately after the event, he has not yet spoken (beyond a celebratory tweet on the night in question: “I feel great, no symptoms at all. Just experienced every emotion you can possibly imagine. Can’t believe I couldn’t be out there to celebrate with my guys!”). But his colleagues and others have. If the athlete’s career must teleologically careen towards its premature end, and if retirement and its attendant harms are always already contained in their labor as its inevitable sequelae, then the post-athletic self that does not (yet) exist may nevertheless — will almost necessarily — parse the harms born in this present with the most authority. The subjectivity most capable of grappling with Turner’s decision to rejoin his teammates is neither me nor the current Turner, but in fact Turner’s future post-athletic self.

There is Ryan Kesler, former NHL player, who proclaimed during his career, “I’ll play on one leg, I don’t care. It’s all about the team right now… I had to do it for them.” Yet, immediately after his retirement, his tune changed. Reflecting on his mentality at the time, he said, “I think it’s important that the doctors and the trainers sit everybody down and explain the risks. And, you can’t do it in the middle of a game. Emotions are high. I’ve done this multiple times. You get injured, you can’t lift your leg, and you’re like, ‘I don’t care, just put me back out there, you know, give me the Toradol and let’s go.'” Yet, post-career, with a body ravaged by the effects of injury and the medications taken to allow him to cope with that injury, he very much does care: “I never knew what it could do to me. I never knew the side effects. I feel if I can talk to players about the dangers of it, obviously, it will help everybody.”

There is also Chris Bosh, former NBA star who had to retire from the league because of blood clots. Bosh, like Kesler and Turner, adored the pleasure of athletic triumph. As he put it, “Those moments where 20,000 people are watching you, and you hit the game-winner? It’s an incredible feeling.” But that feeling, an almost narcotic high, contains also the promise of the inevitable low that will ensue when the career ends. In Bosh’s words: “It’s pretty much like cruising along, going 150 miles an hour in your Porsche — and then you fall into a hole. You’re sitting here feeling like nobody cares about you… You start feeling forgotten. You don’t get as many phone calls. You don’t stay at the forefront of people’s minds… Guys spend all their money trying to capture that feeling again… There’s this never-ending search for that feeling that you once had, and it can cost you.” It cost Bosh so much that he attempted to fight doctors’ orders and risk death to recapture the sensation.

I think too of the former professional hockey players I interviewed for my book Game Misconduct. One described the experience of scoring in front of fans: “Somebody could be dying and you wouldn’t [care], you just felt so good… It was the best feeling in the world.” The feeling of competing in front of fans “made me feel like I was something bigger than what the game was…” And then I think of the one who described what it was like never to play again: “My post-career was terrible because I went into a black hole of drugs and alcohol and almost dying… I was this professional hockey player that had money and everything and all of a sudden it comes to an end. And this is what the problem is with so many players. Where are you going to go? What are you doing? And next thing you know, you lose your marriage, you lose your family, you lose your money, you lose everything, you lose your self-worth. And what you’d rather do is just die. You’re just like, ‘I’m worthless.’”

Turner’s jubilant self is a self already in crisis. That, it seems, is the price of a career in elite sport. We say it is worth it. 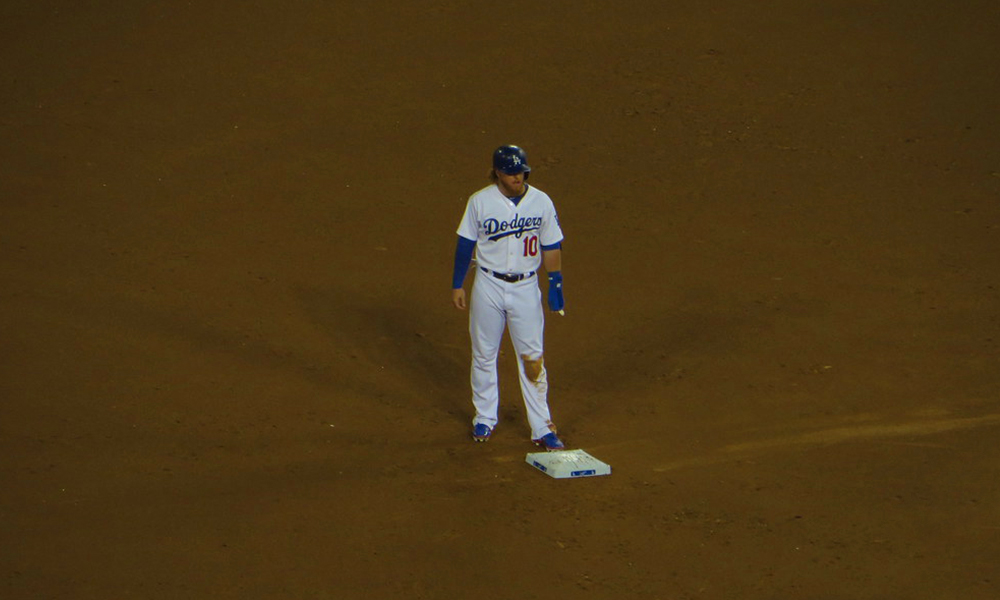