Journalism was once cloaked in a mantle of authority, offering trustworthy information and avoiding slant. Careful reportage and vigilant editing were the building blocks. Authoritative news had personality and style, yet both were as measured as seasoning. Authority was earned and sustained by a demonstration of intelligence, knowledge, and character. Authority set the tone for a news medium; it was the essence of professionalism. We depended on its commitment to stand back from personal opinion. We could hear the clank of failure when high standards went unmet. We expected acknowledgment for error. We knew we would be made to think, and that we also held our right to disagree and be skeptical. This was the quid pro quo for loyal newspaper readership and television news watching. Our minds were our own, but we were also part of a large, broadly based, shared experience.

What broke this mold? Was it the changing architecture of communication, the fractionation of choices? Or was it the zeitgeist of entertainment that seeped into the presentation of news, elevating the presenter’s personality above the quality of the content? Or was it the foregrounding of opinion, which transformed stories into juiced balls that evaded scrutiny. Authority, once a cornerstone of journalism, has become a relic.

During the recent election cycle we saw political handlers and consultants paraded on television as analysts, commentators, and seers, when they were, in fact, nothing but stand-ins for the candidates. Their clockwork, on message, programmed responses — loyal, combative, and utterly predictable — were campaigning by other means. They crowded out the journalists. Most anchor hosts have become shoehorns for the next opinionated foot. Few transmit authoritative reporting and analysis. Framing information and asking penetrating questions with clarity are disappearing skills. We now live in an age of news as a cavalcade of impressions.

The topography of the media landscape is one of clustered outlooks — pick the one that matches yours and you will find ratification and amplification. The collective audience is gone. The authoritative posture of the newsperson has been supplanted by a new one: standing on one side or the other. And no matter the complexity of any given issue, the approach to it has become just that, binary, one side or the other.

Now that the old transaction of news is largely gone, our thinking mirrors the new order. The message of the day, the sound bite, the unexamined belief, the unchecked rumor, the quicksilver opinion, the irrelevance of fact — all these don’t belong to the news alone., We have them made them part of our voice, our clichés, our convictions, what Orwell called our own “smelly, little orthodoxies.”

Now Twitter emerges on center stage — instant, concise, unreflective. The President-elect says he has been driven to use it because of the “dishonest media.” He isn’t the first to find a way directly to the voters, unfiltered by the press. We have had FDR’s fireside chats, and back in the 1970s, I remember the shrewdness of Alex Rose, head of the Liberal party, advising New York Mayor John V. Lindsay to use his weekly television show to present issues directly and more engagingly. Those half-hour shows were a bit clunky even then, and today would seem earnest and outmoded. Compared to a tweet, their length and substance is like that of an epic compared to an epigram. They certainly did not stop or shape press coverage, or even become stories in themselves as Trumpian tweets do today. A tweet is in the family of a sound bite or headline. Can 140 characters pass itself off as presidential pith? Too often it seems to measure shallowness of mind.

Yes, oh dear, yes, there are worthy exceptions to all this. But what is their reach and hold? The time and tide of media don’t wait for us; they continues to unsettle by the premium they place on celerity, brevity, and confrontation, at the expense of knowledge, serious inquiry, and impartiality — in other words, authority, an old fashioned notion, unmourned and hopelessly ill-suited to our times.

We have yet to reckon with what this ultimately means for our democracy, the weakening cornerstone of which is an informed citizenry. But as this year has shown, we can no longer avoid the question. 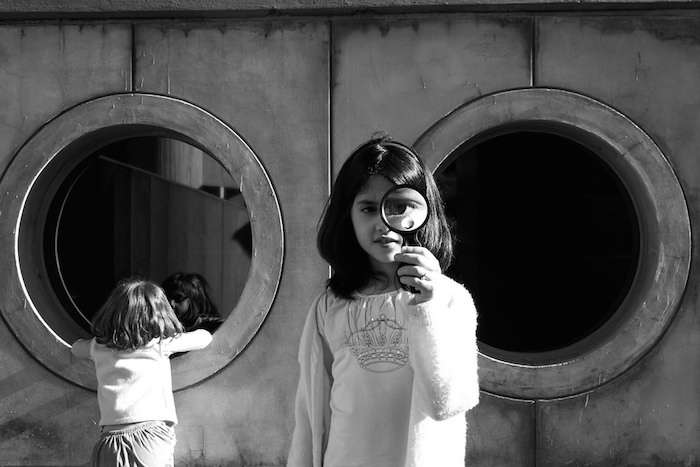