We were sitting in Jonathan Gold’s famous Dodge pick-up truck, bought “sometime in the 1980s,” heading down Whittier Boulevard in East Los Angeles, when he said: “Basically, I’m just trying to get people to be less afraid of their neighbors.”

This became the unofficial motto for Jonathan Gold, the food critic who won a Pulitzer in 2007, and passed away on July 21st.

In 2013, I e-mailed Gold to ask him for an interview. I was writing a book about the evolving American food culture, and Gold was at the very top of the list of people I wanted to meet. To my surprise, he promptly responded with an offer to drive around East Los Angeles, and show me his favorite places for fish tacos, carnitas, and Salvadoran pupusas. 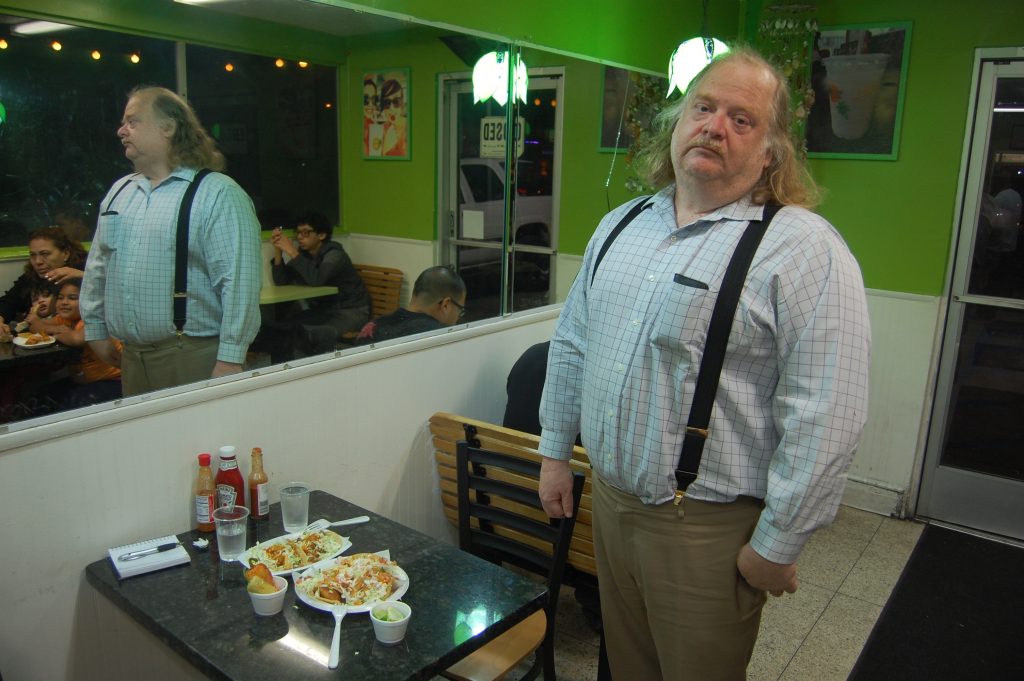 Gold’s idea of what it meant to be a food critic was shaped by the 1992 Rodney King riots in Los Angeles. As a young critic at LA Weekly, he spent most of the weeks following the riots eating at soul food restaurants in South Central, praising the best ones in his reviews.

This was where he realized the power of sending people to restaurants in neighborhoods far from their home turf. Los Angeles was a diverse cosmopolis, but it was also an archipelago, with distinct communities that did not necessarily interact with each other. Gold wanted to change that. His goal was to get people “to live in the entire city of Los Angeles,” as he liked to say.

After the 9/11 attacks, many of Los Angeles’s great Middle Eastern and North African restaurants were struggling, so Gold made it a point to highlight the great ones, possibly saving family businesses in the process.

Just like Anthony Bourdain, Gold was in the midst of creating a new narrative of global food culture. Bourdain was able to do this by traveling to every corner of the world, finding the best soup dumplings in Shanghai, sharing bowls of bun cha with Barack Obama in Hanoi.

But Gold realized that most of the world had already arrived in Los Angeles. By looking very closely at the sprawling metropolis he made home, he could just take his Dodge pickup along the 110, for day trips to Veracruz, Tehran, Busan, or the Hunan province. 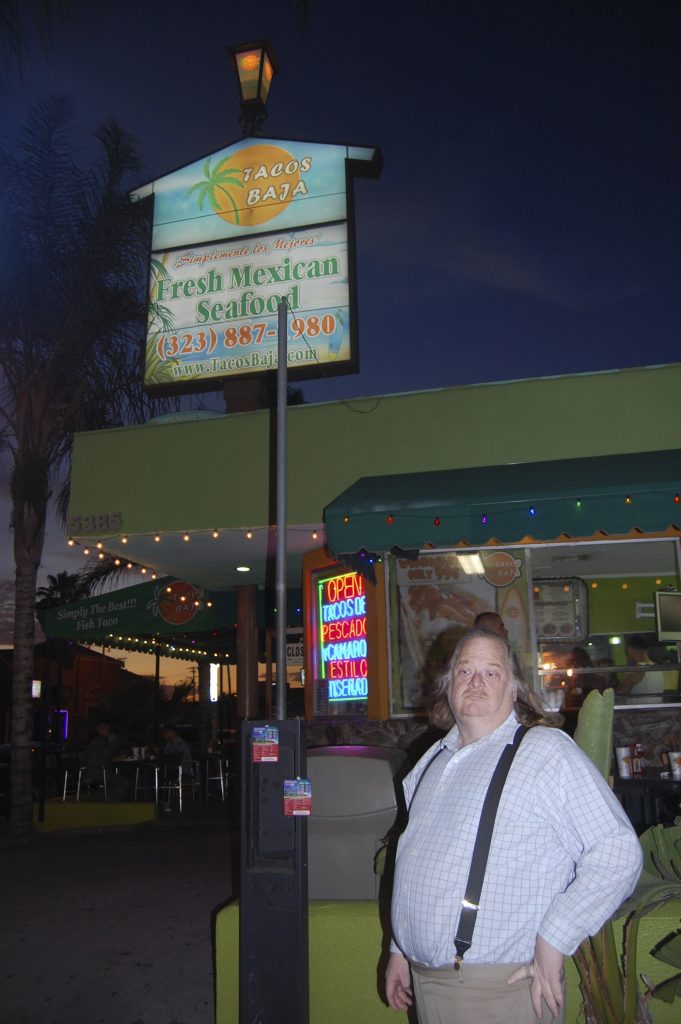 On these journeys to the strip malls of Rosemead and the parking lot food carts of Hacienda Heights, he was able to revise what we talk about when we talk about American food.

Alice Waters, the Executive Chef, founder, and owner of Chez Panisse in Berkeley, CA, was a good friend of Gold and described his mission as a writer as guiding America on a path towards diversity, away from monoculture.

This quote embodies the very premise of my book about American food culture — an attempt to write a love letter to this broken, beautiful country.

The evening Gold drove me around East Los Angeles, we went for fish tacos at Baja Ensenada, we ate at Lupe’s Burritos and Mariscos Jalisco, and eventually stopped by an old Mexican bakery where Gold bought puerquitos, tiny pig-shaped cookies, for his kids. Next to Sichuan food, nothing seemed to get Gold more excited than Mexican food. He told me a sweet story about taking his mother-in-law, a third generation Angeleno, to a place that served a kind of Mexican sweetbreads she had loved as a child. “She did not think it was possible to get this kind of food in L.A. anymore. When she had her first bite, she literally started crying out of pure joy,” Gold told me. 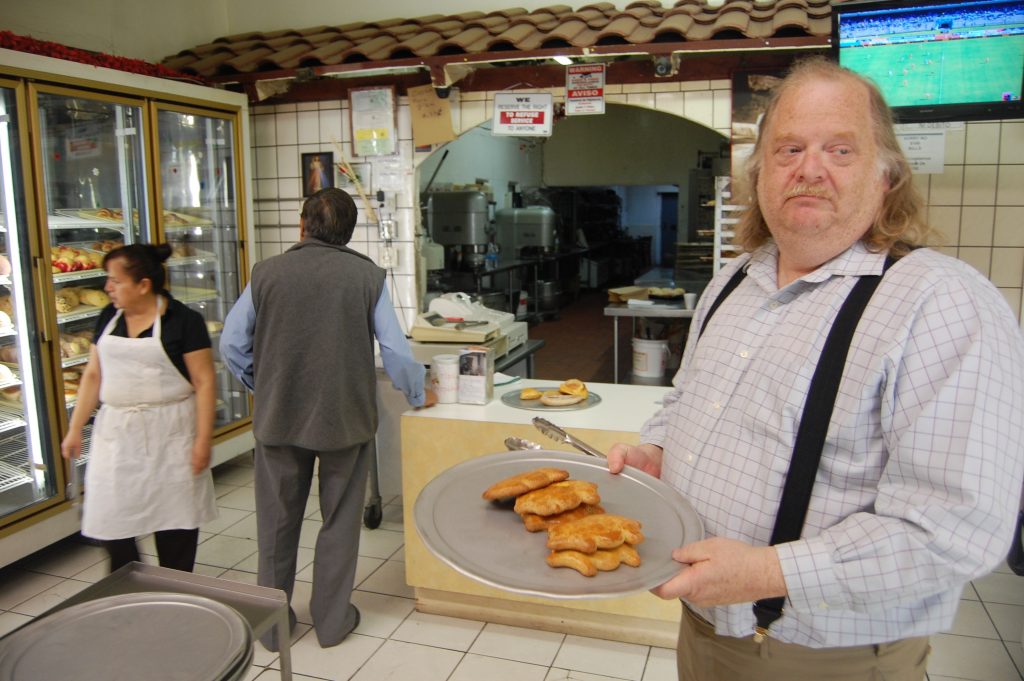 David Chang, the chef and founder of Momofuku, said Gold was so rare because “his empathy level is higher than any other writer.” Empathy might not be the first word that comes to mind when we think of food critics, but this was another quality at the heart of Gold’s work.

During Gold’s first years as a food writer, he made sure to eat at literally every food establishment on Pico Boulevard, ticking off five, six places a day until he had covered hundreds of them. This was not just his way of understanding global food culture, but also his way to make sense of a city that many found incomprehensible.

In the documentary detailing Gold’s impact on Los Angeles’s culinary culture, City of Gold, he memorably says: “If you live in Los Angeles you are used to having your city explained to you by people who come in for a couple of weeks, stay in a hotel in Beverly Hills and take in what they can get to within ten minutes in their rent-a-car. The thing that people find hard to understand is the magnitude of what’s here. The huge numbers of multiple cultures that live in the city, that come together in this beautiful and haphazard fashion. And the fault lines between them are sometimes where you can find the most beautiful things.”

He wasn’t just talking about Los Angeles, but about all of America.

With the loss of Bourdain and Gold in the same summer, it is imperative that we remember the values they stood for and keep their legacies alive.

All images courtesy of Martin Gelin. 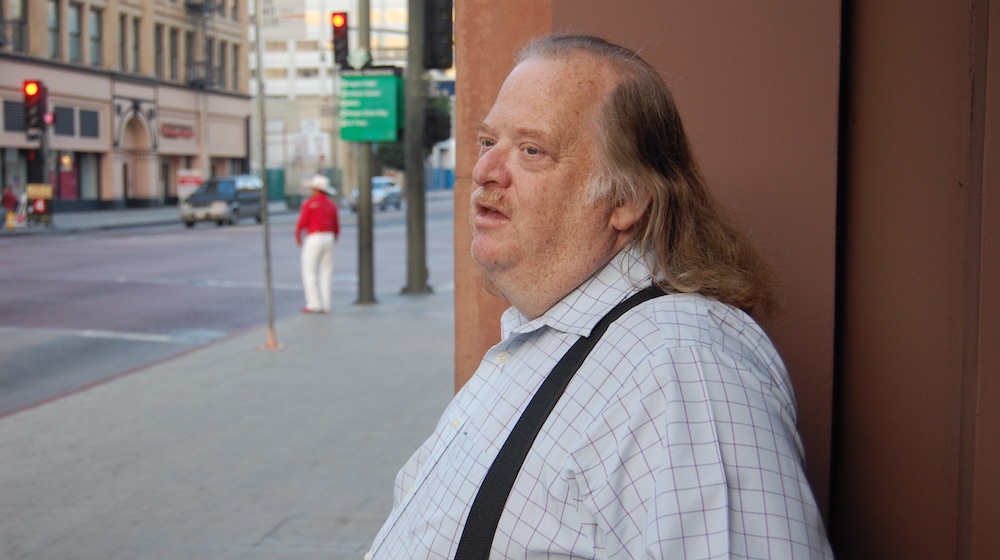