It’s taken some years to return to 1996 and decipher just what was going on between Jennifer Jason Leigh and me. Our elder selves don’t really pay for the sins (supposed or real) of the past, they explain them away with requisite jargon and prideful omissions. Some people do so after a second beer, but I need a pen crossing paper to find my wellspring.

It must have been the Single White Female performance that first triggered something: the visage, the mysterious tone, the uniquely placed awkward gesture — all would qualify as brilliantine and they now fall under the rubric of artistry. It was a large projection of a projection; a teenage boy’s dream of lines, curves, that crickety voice, her fashion statements, her interiority — the small face at undeclared war with herself. And there was that aspect, but, being alive, I get to circumvent truth and reanimate the situation to give my transmutation a mica-glitter during these gouty pandemic days.

Her early-to-mid-nineties streak of electric performances continued with Short Cuts, then The Hudsucker Proxy, Mrs. Parker and the Vicious Circle, Dolores Claiborne, and finally, Georgia — at the end of which time I am still a virgin, while she is probably the best young actress in the country. I’m happy for her and I feel the one-way connection between us, like an amputee senses the phantom leg. Just then in the midst of making student films at University of Wisconsin – Milwaukee, I want her to act in my forthcoming longer efforts, and indeed, I have already overcompensated — I’m ahead of schedule. The summer before, I wrote a screenplay for her and Juliette Binoche to star in (set in an as-yet unvisited Paris) and after I see Georgia at the Downer Theatre, I cavalierly sidestep a drunk couple kissing and think how I really need to figure out the matrix of registering the screenplay with the Writer’s Guild of America so no one will steal my naïve effort.

I can safely say she wasn’t someone I wanted to physically be with, for her to know my family, my bad habits — fear is often on the back side of the coin called virginity. I only wanted her emanation in different characters (and in spectral shivelight) to fire my heart or what I thought my heart might be. Fantasy makes the world go around and mine drove me to mature for the object, to be ready to receive and give, but suspecting I wouldn’t garner this reality, I could still achieve some heartfelt high through watchfulness.

And so, the other day, I watched Georgia for the first time in the 25 years now passed, happy to see something in which there is no resolution; people don’t have to magically change in the course of a running time — they will not forgive, they will not be able to see — and we might grasp how those downtrodden, reckless, desperate, and pained characters are richer in spirit than a number of “successful” people the national media continually prop up. I don’t know how Jennifer Jason Leigh could get up on a stage and act as if she is someone who believes in singing (though she can’t), but continually does because it is the only thing keeping her from death. Passion and spirit are two qualities long grown counterfeit in the age of YouTube stars and social media influencers who risk no live audience redress to immediately find out how foolish they are. When Leigh sings (not quite the right verb — “yells,” or rather, “emotes”) the eight-and-a-half-minute Van Morrison song “Take Me Back,” I couldn’t help shedding tears — not romanticizing our invisible connection or necessarily feeling the character’s pain, or wonderweeping at Leigh’s abilities. This scene (wonderfully staged and edited by director Ulu Grosbardt) is a florabundant monument for the enormous pain in the world in 1996 and certainly now, as the country we are living in is to most empathetic minds not what we want to experience:

The muse needed a vessel and Leigh keyed into a light which could ennoble trespass and be a beginning, a portal for people who saw her — a true time machine to the thing itself, their memorial life.

Soon generations will not know that once, people only had magazine pictures of the stars they wanted to see at something that could be called “their fingertips.” It was probably Entertainment Weekly that I kept on a shelf — a profile of her, a posed picture with a herky-jerky smile not in character. When I looked I didn’t lust, but I imagined — some cold iron sensation traveling up my neck and stopping in the eyes, saying, I so desire to get to the other world, that world inside this one, where art is made and people talk about their jagged and splendid feelings, not who won the game, who won the election, who we hate for fucking up our car. I lost the magazine sometime down the line, but I carried shards of that sunbursting urge into my next fearful day on the planet — then another, then another, and then, after a while, the frozen sea within began its thaw. 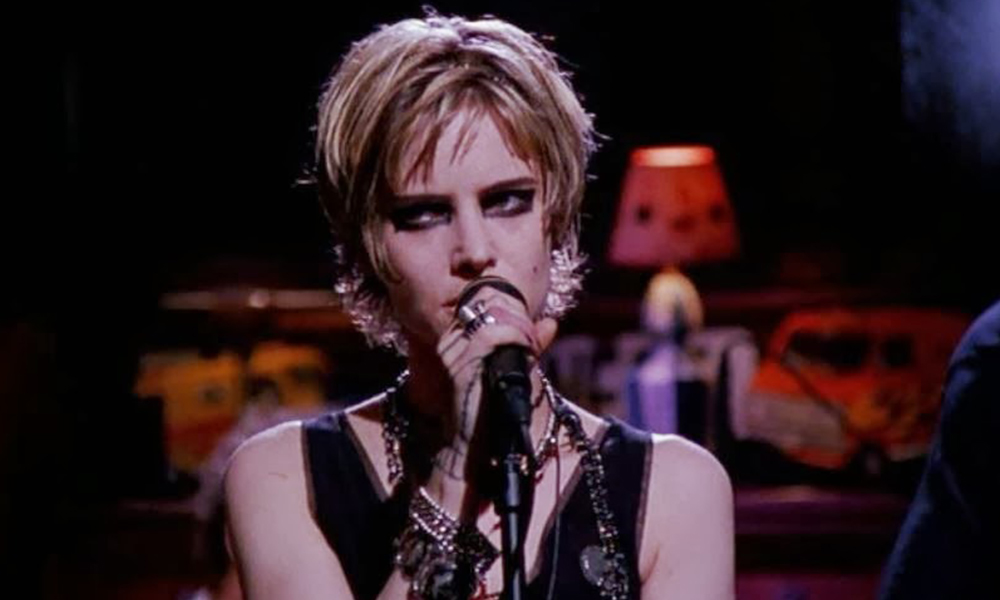