When I was a bartender in the 1970s back at the Adam’s Apple bar in New York City, the martini was the easiest drink on the list.

This was long before the flush of noxious slop like appletinis, chocotinis, and avocadotinis. All you had to do was pour some vodka and a bit of dry vermouth in a glass, along with a lemon peel (the Mad Men era — with its olives — was long past). During rushed moments, you just shoved it at the customer, who stirred it with a swizzle stick and went back to listening to the Bee Gees. Done.

A more laudable martini innovation than flavored vodka was the shaker cup. We all know who wrote this revolution: the first martini quaffed by James Bond is in Ian Fleming’s Diamonds Are Forever (1956), but the suave British spy does not state his preferred method till Dr. No (1958), the sixth novel in the series (his actual line was “shaken and not stirred”).

Movie depictions of Bond made this tic an integral part of his personality. In the film Dr. No (1962), a room service waiter presents the hero with “one medium dry vodka martini mixed like you said, sir, but not stirred.” The titular villain offers his guest “a medium dry martini; lemon peel; shaken, not stirred,” just before the torture scene commences. The first time Bond himself states his preference out loud on the screen is in Goldfinger (1964), and by that time, it practically feels like a canticle.

When I started drinking martinis, I used the old bartender’s quick-and-easy with olives. As a loyal Bond fan, I later decided to try it Fleming’s way, embarrassed by indulging in a fanboy imitation. But it was wonderful, a far better drink than the fast version.  The two ingredients are thoroughly blended together, creating a smoother, unique drink all its own, rather than a beverage where the elements enjoy a passing acquaintance in the glass.

But where did this inspired concept come from? Is it merely another example of Fleming’s personal and very British taste in beverages and food, along with style in clothes, cars, guns, even precious metals? Or does it have another origin?

Evidence indicates that this beloved concoction actually came not from gentlemen’s clubs but from a rough and tumble side of America. Most histories of the martini locate its origins in gold rush California, specifically in the town of Martinez, where a concoction of gin, bitters, maraschino liqueur and a wine glass full of vermouth was known as the “Martinez special,” which was supposed to taste like champagne. As the recipe spread via word of mouth through California, it lost the “ez” as well as the distracting sweet liqueur. A sleek and powerful racecar of a drink took its place.

From there it traveled overseas, and the British Empire once again benefitted from an invention from one of its former colonies. The famed London bartender Leo Engel saluted the “ingenious inventions that have greatly added to the comfort of the human race,” including the martini, which had an entry in the deluge of new recipe books available to help British home entertaining match the new standard of London bars. Housekeeping doyenne Isabella Beeton included a recipe for martinis in her posthumous 1906 edition, listed under “American Drinks.”

Even better, ascendant social climbers were shaking them with ice and not stirring them. The signature work of prewar mixology was Harry Craddock’s 1930 classic, The Savoy Cocktail Book. His recipe for a dry martini reads like a quote from Casino Royale:  “Shake well and strain into a cocktail glass.”

And then there is this startling passage from John O’Hara’s novel BUtterfield 8, appearing in the pre-Bond era of 1935. A few elite New York fops are chatting aimlessly, and one of them reveals:

Well, we’ve always been taught that if you shake a Martini you bruise the cocktail.  I’ve always taken a holy delight in not bruising a poor little cocktail until this English barkeep explained the right way, or his way, and I must say it sounds plausible. He told me a Martini ought to be shaken very hard, briskly, a few vigorous shakes up and down… if you shake the cocktail the various ingredients go into solution more completely… and you have a cocktail that you can sip like champagne.

What we have, in other words, is a spot-on description of Bond’s cocktail.

Did Fleming read O’Hara’s novel? He left no proof, but here are some glimpses. The British author was 27 years old when O’Hara published his work, somewhat of a sensation at the time because of its frank sexual portrayals. Critics looked down on it, but it became a bestseller in the US and Britain. Fleming was, of course, a world-class roué, and the racy material — as well as the material success of the book — would have certainly appealed to him.

O’Hara was aiming at an aspirational middlebrow readership who wanted to picture themselves at home uttering witticisms in the lofty apartments of the Upper East Side, just as Fleming appealed to a certain type of male reader who envisioned himself at the baccarat table with a Walther PPK under his tuxedo jacket and a beautiful companion at his side.

Ian Fleming took a coarse potion from a California saloon, and, with less than two dozen words of dialogue, turned it into a symbol of British sophistication and world-class elegance. As a literary invention, it ranks with the masters.

Robert Slayton is a professor of history at Chapman University. 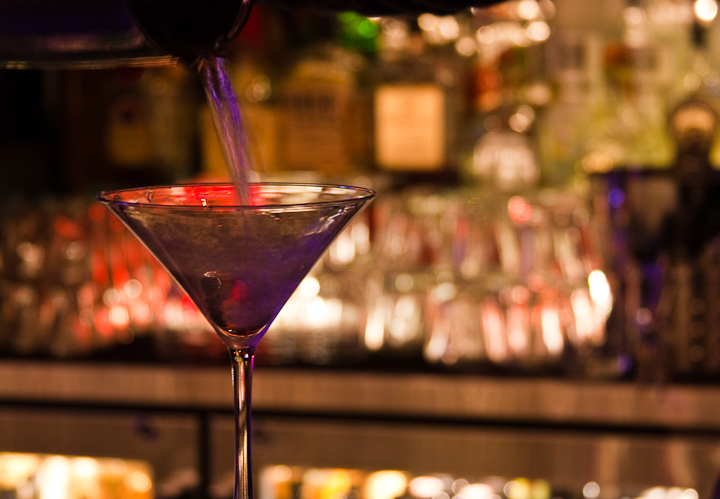