On November 1, 1755, around 9:40 in the morning, an Englishman was sitting in his ground-floor apartment in Lisbon, finishing a letter in his nightclothes, when his entire building began to shake. The upper stories crumbled and fell; everything in his apartment was thrown out of place. The sky became dark with dust. The earthquake that struck Lisbon that morning was one of the worst in European history; it generated waves 20 feet high and killed 60,000 people in the city. The Englishman survived, saved by his hesitancy to immediately run out of his apartment in his nightclothes.

This man is a character in a radio spot that Walter Benjamin wrote for children in 1931, to educate his listeners about the earthquake. Between 1929 and 1933 Benjamin wrote children’s history lessons extensively for the radio, broadcasted in 20-minute spots. “I feel like a pharmacist when I tell you stories in my radio broadcast,” he said to the children, weighing out “all the substances and powders needed for the finished medicine on a scale with very delicate weights,” and measuring his time on air carefully to include just the right amount of every element. This man’s report, Benjamin said in his broadcast, was an essential element of the story of the earthquake.

The Storyteller Essays, a new collection of Benjamin’s writings published by NYRB Classics, translated by Tess Lewis and edited by Samuel Titan, aims to tell the story of Benjamin’s famous 1936 essay by the same name, tracing the various forms and ideas that he worked with in the decade leading up to the publication of “The Storyteller.” In 1929, Benjamin presented a radio spot about the poet and short story writer Johann Peter Hebel, underlining to his audiences the distinction between the historian and the chronicler. Hebel’s tales of tricksters and thieves, which Benjamin marveled at as a kind of “folk art,” stretched through history and across time and space; he was a chronicler, not a historian, Benjamin emphasized, because while “the historian limits himself to ‘world history,’ the chronicler recounts the way of the world.” Folk tales are at once local and universal, their characters both intimately familiar and exotic. In the simplicity of stories about small-town life and the way they were told, there was for Benjamin a profundity missing in modern storytelling practices.

Benjamin’s broadcast about Hebel began a long line of thinking and writing about the art of storytelling. Hebel introduced Benjamin to Nikolai Leskov, whose work became central to “The Storyteller,” and introduced in Benjamin’s work the particular style he would come to use for children’s radio spots. The following year, Benjamin wrote that “nothing kills the spirit of storytelling as thoroughly as the outrageous proportion the reading of novels has attained in all our lives.” In “The Crisis of the Novel,” a short essay he wrote for a German literary journal in 1930, we see hints of the same sentences that later make up “The Storyteller,” and the distinction Benjamin makes — as with the historian and the chronicler — between the storyteller and the novelist. The storyteller of an epic, he says, can “lie on the beach, listen to the surf, and collect shells.” The novelist, on the other hand, will “sail out to sea and cruise on the open water… the novelist has isolated himself from the people and their activities.” The most sacred aspect of storytelling for Benjamin was the sense of collective that it offered, the sharing of wisdom and experience with communities and generations.

These were relatively new ideas for him; between 1906 and 1912, Benjamin wrote several fragments of fiction, collected for the first time only three years ago. Unlike the few pieces of fiction in this new collection, written in the early 1930s, those stories don’t fully adhere to the definitions of stories that Benjamin puts forth in his essays about storytelling; they don’t always offer “counsel” or neat endings, or an understanding of the “way of the world.” And in 1913, he wrote a manifesto about the dangers of worldly “experience” stifling youthful enthusiasm.

But sometime in the early 1920s, witnessing the disastrous effects of the war — which is an underlying subject of “The Storyteller” essay — Benjamin perhaps became more protective of the narrative form, of the communal nature of storytelling, and of the essence to a story of communicable “experience,” which, after soldiers came home, had “fallen in value.” Still, what is more relevant perhaps is Benjamin’s limited interest in the very distinction he draws repeatedly in this collection, the distinction between the storyteller and the novelist, between stories and information: his own writings were far too dynamic and resistant to fixed form to be categorized even by him.

In 1932, Benjamin’s friend’s child fell ill, and the friend recounted to Benjamin the movement of his wife’s hands when she was nursing the child. “Their movements were most expressive,” he said. “And yet, you couldn’t describe what exactly they were expressing… it was as if they were telling a story.” Benjamin’s feelings for children were not limited to fatherly love; he held children in the highest regard for their ability to tell and inspire in adults the purest storytelling. He had the same kind of hopeful notion about children as he did about “folk art,” both being, as they were, a kind of remedy in a world increasingly defined by technology, mass media, and global capitalism. He recorded carefully his own son’s “opinions et pensées” and recalled a habit young Stefan Benjamin had of searching his mother’s body before plucking something invisible off her clothes and sticking it in her mouth — a “story,” that Dora then had to swallow and repeat to Stefan. Many anecdotes like this one, and a long list of Stefan’s words translated into adult, fill Benjamin’s notebooks; he clings to his child’s ability to understand and demand a story, and the parameters that make a story worth a child’s attention — an impulse that is consistently evident throughout his career.

Perhaps the most valuable thing about this collection is the inclusion of other authors Benjamin was reading, whose styles he was mimicking and experimenting with. In Paul Valéry’s lamentation that “the era is past when time did not matter,” or Ernst Bloch’s insistence on the mystical powers that tinge fairy tales, we see the impact that these authors had on Benjamin’s own writings and ideas. Because of these authors, we are able to see Benjamin reuse the same ideas and phrases, tinkering with them over the years and fitting them into different contexts: couched in a tale from Herodotus, in a 1933 short essay, three years before the publication of “The Storyteller,” is the argument that “nothing occurs to the story’s benefit anymore, but instead all serves information,” echoed almost verbatim three years later.

Reading novels, then, is “a voluptuous act of absorption, not an act of empathy.” These short pieces, published after his death, seem almost like notes for “The Storyteller,” and what is most remarkable and most Benjaminian about them is how uncategorizable their form is; they are simultaneously parables and literary criticism, fiction and essays; they house both character and concept, but, for the most part, and also characteristically of Benjamin, they remain “free of explanation.”

The year Benjamin published “The Storyteller,” he wrote a letter describing his “long-time preference” for storyteller over the novelist — but his own style fails to conform to these categories, and it teaches us that their distinction may not always be useful. Benjamin’s criticism, short fiction, theory, and fairy tales all blur together — the element that centers all of them, and him, is the fragment. The fragment was as sacred to Benjamin as the story: a natural resistance to the capitalist totality the modern world was hurtling towards. Rather than the idea that the whole explained the fragment, as his friend Theodor Adorno argued, Benjamin held that the fragment revealed the whole — and held the power to escape its totality. Benjamin’s fragments, these uncategorizable pieces of writing, sometimes abrupt, sometimes neat, sometimes with counsel and sometimes without, with characters couched in literary criticism — these defy his own binary between the storyteller and the novelist, between information and experience. 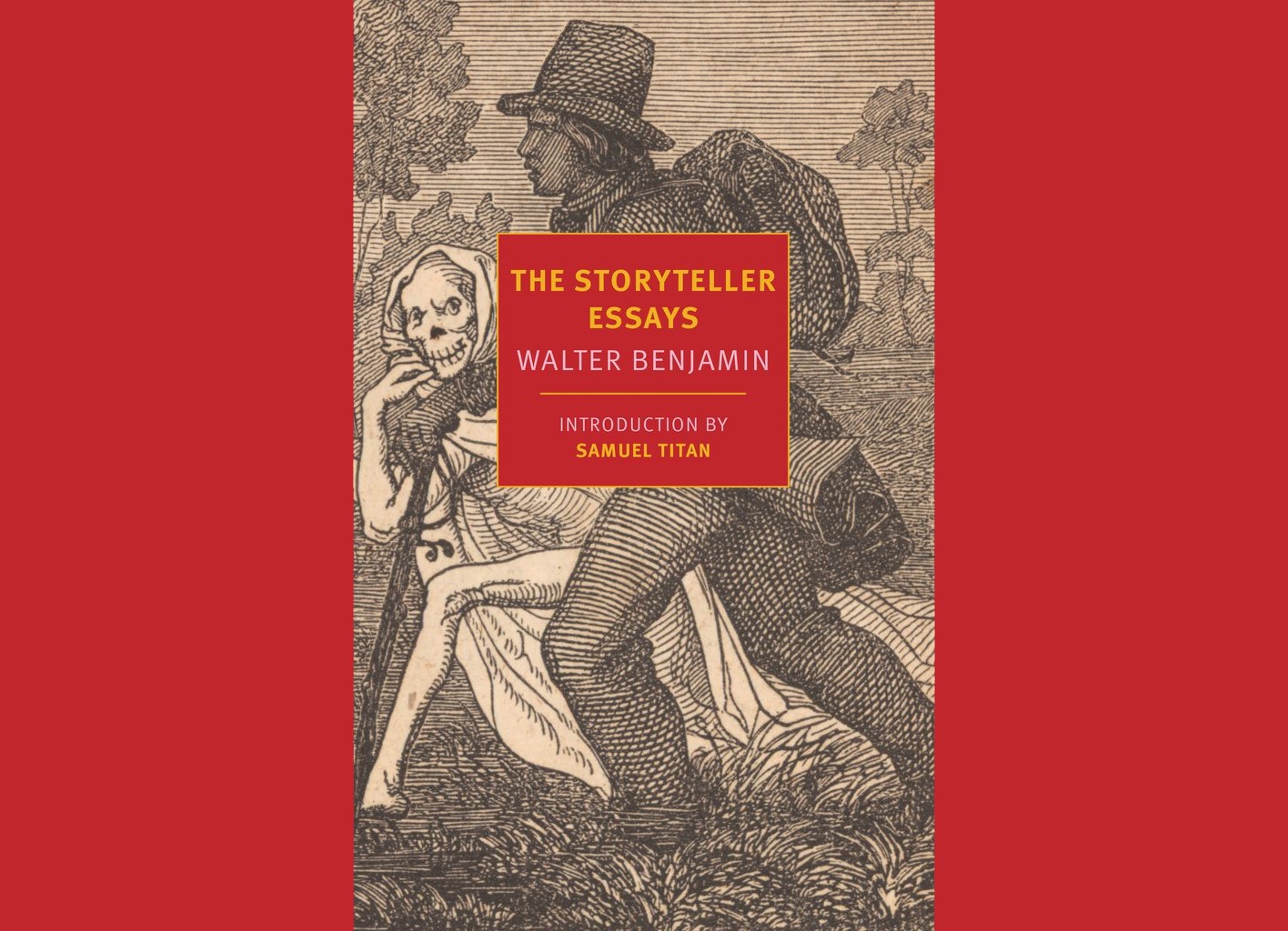