Treason, bribery, and other high crimes and misdemeanors — these are the actions expressly named by the US Constitution as impeachable offenses when committed by a President. For Americans who care to preserve a semblance of the democratic rule of law in America, Trump’s impeachment is a clear and urgent necessity.

At the same time, the impeachment process itself has ironically contributed to the loss of our ability to see the forest for the trees when it comes to Trump’s crimes.

The Impeachment Hearings Show was a split screen: Hyper-rationality dukes it out with Propaganda. On one side of the screen, Democrats earnestly hew to the norms of democracy by investigating every detail to death. On the other side, Republicans stop at nothing to deceive the public with flagrant propaganda.

Facts are vitally necessary to the practice of democracy. But do we really need to parse the exact words Trump used in a phone call to the Ukraine president to prove beyond the shadow of a doubt that he is a narcissistic would-be autocrat whose modi operandi are corruption and deceit and whose aim is to dismantle democracy as we know it? Do we need “experts” in impeachment to tell us whether Trump’s actions rise to the level of crimes?

At some point, the endless fact finding itself — the Mueller Report that went nowhere, the ongoing witnesses to just one small part of the Trump Show’s daily democracy demolition — obfuscates the reality of Trump’s crimes by making it seem that they can only be established by a mountain of minute details rather than by what is obvious to the naked eye.

The Emperor has no clothes but Democrats keep searching for his missing pants, shirt, socks, and underwear — documenting their possible whereabouts while failing to observe that he’s naked.

In fact, Trump has repeatedly admitted his crimes in his tweets. His typically authoritarian communications include alternately boasting about his crimes and denying or covering them up; delegitimizing inquiries into his actions as “witch hunts”; finding diversions to distract us from his latest offense or blunder; blaming others — Democrats, Muslims, Mexicans, Hillary, the media, a succession of governmental officials, etc. And all the while persisting in doing what he’s doing until we get buried under the details and exhaust ourselves trying to keep up with him.

In this Age of Alternative Facts, Democrats haven’t yet caught on to the game so expertly played by Republicans. They don’t know how to reduce complexity down to a nugget that the American people can digest. There is no fact Republican politicians can’t push off a cliff by colluding with Trump’s one-word deceptions and feeding them to a dumbed-down populace: Coup! Conspiracy! Deep-state! Witch-hunt! All of which draw his fans into greater devotion by presenting Trump as the Victim.

The Republican genius lies is manipulating mass psychology while Democrats write political treatises the masses don’t have the time, attention span, or interest to read.

Spoiler Alert: the end of the Trump Impeachment Show is a foregone conclusion. Democrats in the House will impeach the President. Republicans in the Senate will refuse to hold him accountable. Trump will go on and on — at least until the 2020 elections, and very possibly after. The 2020 elections will be corrupted — both by continued Russian attacks of fake news inundating social media and by Republican interference in the form of rolling back voting rights legislation and other dirty tricks. The next election will be a moment in the history of American democracy. But unlike in the Watergate era, this impeachment is not likely to have much effect on it.

What we are seeing unfold in America today is a classic battle between the forces of democracy and the forces of fascism. Once an American President is democratically impeached with clear factual evidence of his guilt and is completely exonerated by his own Party, that Party has earned the description fascist. Yes, the word the mainstream press won’t use is the one that best describes what’s happening in the Trump era. As democracy declines, fascism rises.

Like democracy, fascism exists on a spectrum. It is not so much a specific political ideology as it is a movement to delegitimize democracy, construct a one-party State, and install an authoritarian leader by any means necessary. These include: propaganda designed to ruin people’s abilities to understand and resist what’s happening; scapegoating an Enemy or Enemies by stoking people’s racist and xenophobic fears and bigotries; destroying or marginalizing legitimate media; and undermining democratic institutions including the judicial, legislative, and intelligence/security systems.

This fascist process is unfolding before our eyes. At a certain point, the ultimate aims of a fascist party no longer need to be shrouded in darkness but can be pursued in the sunlight. These aims are to amass as much wealth as possible for the few, to immiserate the many, and, with open contempt for the people, to enslave them to demagoguery. To condition the people if not to worship the authoritarian Leader, at least not to resist him.

As Fiona Hill pointedly charged in her testimony recently, the Republican Party is currently working in tandem with the Russian oligarchy’s intention to destroy people’s faith in government. This is how democracy is replaced by authoritarian rule — which always relies on this erosion and on the hatred of minorities and women.

Trump is a symptom of our illness. But the illness will outlast him. We want to believe that the impeachment process and/or the next election will change everything. With Trump not in charge for a perilous four more years, with a righteous Democrat to right the ship of state, with a breathtaking sunrise at the end of this long dark night — we will all be saved. I want to believe this too.

Unfortunately, I know from my parents’ story of being Polish Jewish victims of two different fascist states — Hitler’s Germany and Stalin’s Soviet Union — that once fascism rears its ugly head, there is no easy fix.

The American people are already gathered up as a proto-fascist populace. The tens of millions of Americans caught up in cultures of deception, who get their news from Fox or Facebook, no longer have the ability or the inclination to tell fact from fiction. At least 40 percent of the population and virtually 100 percent of Republican politicians will back Trump no matter what because they share the value of Making America White and Male-dominated Again. They would prefer to trust a strongman than to exercise their intelligence. As long as this is the case, there is no reason for the Republicans to change their tune.

American fascism doesn’t need tanks in the streets. It needs nothing more than a plurality of people too overwhelmed and stupefied to know the truth. The prisons are our own minds.

Don’t get me wrong. I’m all for the Impeachment. I’m all for championing the value of facts, evidence, and witnesses. But we can’t lose sight of what this fight is all about. Democracy is fighting for its life. And in the end, that battle will be won or lost by us — the proverbial “we the people.”

Will Americans see Trump as the naked emperor he is in numbers great enough to scare Republicans back to a pretense of democratic values? Will Republican politicians be anxious enough about losing their grip on power in their home states that they get off the Trump train? I don’t expect Republicans’ greed and lust for power to abate from a moral change of heart. But we the people still live in a partial democracy and still have the power to put them in their place — i.e. run them out of office.

Will we rise to the occasion? Trump’s impeachment will not answer this question. The evidence is in. Anyone still unconvinced that Trump is a traitor to everything Americans supposedly hold dear will not be convinced by facts and witnesses. We the people must have the moral courage to refuse to eat ourselves up with divisions and diversions and to rise together to defend and rebuild American democracy. 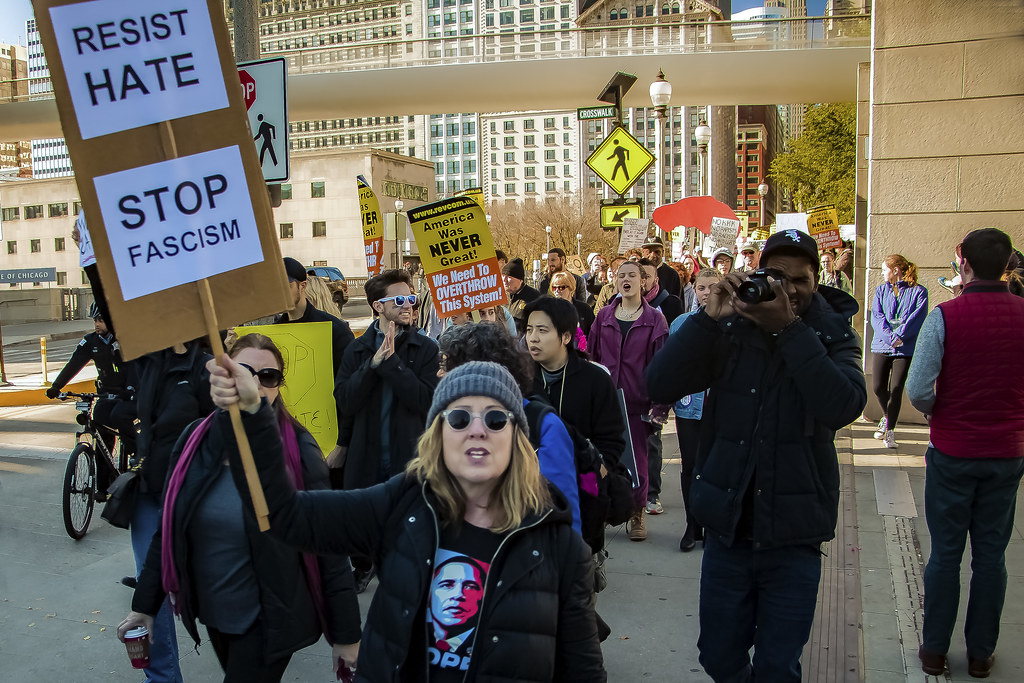