As Black Panther surpassed $1 Billion at the box office and continues to set records worldwide, what many may not realize is that while Wakanda is a fictional nation, the language spoken in the movie is an actual language spoken in South Africa. Xhosa is the native language of anti-apartheid crusaders like Nelson Mandela, Steve Biko, and Walter Sisulu.

Hearing Xhosa in the film is moving and inspiring, and speaks to the power that language has on how we perceive ourselves and others. As a psycholinguist and Northwestern University professor of communication sciences and disorders and of psychology, I see regularly how language, identity, and perception are tightly interconnected. Which is why it is so disheartening to see that the actual lingua franca spoken by African Americans in the United States, African American English, is so strongly plagued by negative bias.

To scholars who have worked in this area for decades, there is no doubt the misconceptions about African American English are harmful and prejudiced. Understanding the history, properties, and significance of this dialect can help chip away at the endemic racism that permeates this country in every sphere of its function, including our communication with one another.

African American English, for example, carries within it influences of various African languages. Not only is it not “broken English,” but many of its phonological and grammatical structures can be found in West African languages.

People who were enslaved from various African regions sometimes were placed together in the same location without a common language of communication. The universal human need to communicate resulted in the evolution of a linguistic system that was influenced not only by the primary language of the slave owners, but also by the grammar, words, and sounds that were carried over from the native languages of those enslaved.

This evolution of language can be observed in many places around the world where slavery existed. Suriname, for example, is a well-studied example of how West Coast African languages interacted with Dutch (the language of the colonizers) to produce a creole language.

Patois in Jamaica, similarly, contains many words of African origin, where English is filtered through a distinct phonetic system with fewer vowels and different consonant sounds.

And, although there is some variation across geographical regions, age, income, occupation, and education, for the most part AAE is surprisingly uniform across the country. It is governed by rules and follows syntactic, phonological, and semantic patterns that are largely the same regardless of where in the country it is spoken.

For example, “She tall” (deletion of “is”), “He drive to work” and “That the woman car“ (omission of “s”), although incorrect in standard English, are patterns that are all perfectly legal in other languages around the world. Linguistically, these changes can even be seen as reducing redundancy without sacrificing meaning. Other patterns add nuance and mark complexity. For example, the “habitual be” (as in “Cookie Monster be eating cookies”) can be used to differentiate between habitual action and current action, depending on circumstances.

One of the more remarkable things about African American English is how speakers can seamlessly switch across dialects. This switching is a complex linguistic skill that requires cognitive dexterity, with scientists yet to determine whether bidialectalism has similar consequences as bilingualism. Research into and funding for studying linguistic, cognitive, and neural consequences of bidialectalism are scarce, due in part to the historically controversial discussions around ebonics.

Today, African American English continues to be a vehicle for culture, and is important for cultural affiliation, identity, and self-expression. It is used in formal writing, literature, music, and media, and can convey not only personal stories, but also cultural and social messages. Hip hop, for example, is a genre of music that has been especially successful at using language in a way that voices powerful messages about race, inequality, politics, history, and social justice.

While there are good reasons to both support and discourage use of any dialect, both sides acknowledge the existence of linguistic discrimination. Some believe that speaking African American English limits one’s opportunities and restricts upward social mobility. Critics argue that it is “bad” English and should be eradicated.

To be sure, a language or dialect in itself cannot be “good” or “bad.” Such qualitative judgments have nothing to do with the actual language but instead reflect the biases of those making the evaluation.

In the case of African American English, these biases are rooted in racism. If we remove racism from the equation, it becomes just another English dialect spoken in the United States, like the New England, Southwestern, or Midwestern dialects.

Standard American English is itself influenced by the many constituent dialects of its speakers. English words like gumbo, yam, juke, jumbo, banjo, and others can be traced to West African languages. This mix of influences enriches our language and is an important part of our country’s identity.

With a rudimentary understanding of the history behind African American English, its linguistic patterns and cultural value, we can see how racism gives it the negative connotations that it in itself does not and should not carry.

Instead, we may begin to see it as a record of a rich, and often painful past and present, shaped by many distinct people across time and geography. A language that carries within it no less beauty, meaning, power, emotion, and history as that in the Black Panther. 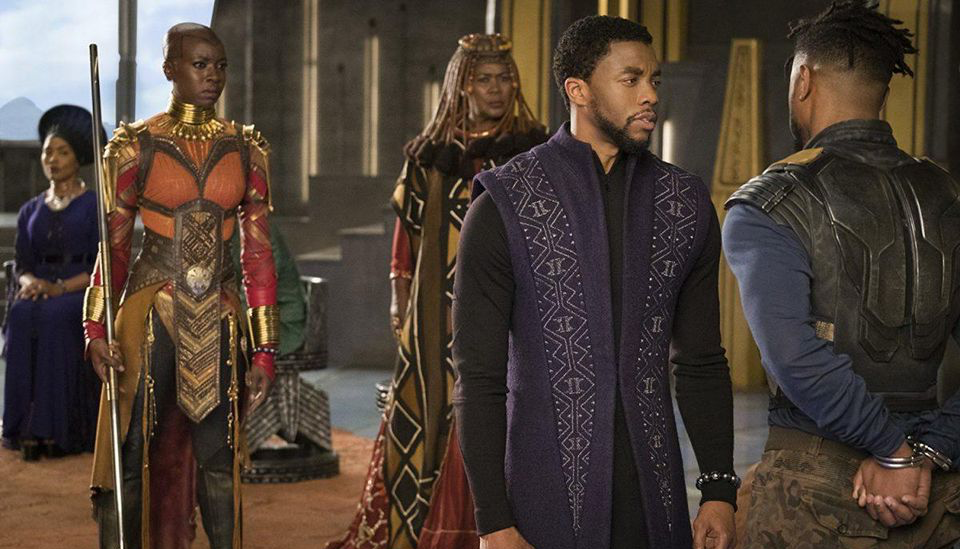