Whimsical, imaginative, and open-hearted as a young girl, the 30-something mother of six has given up her writing and set aside her ambitions. As she bluntly explains, “I had wonderful dreams once” but “a busy mother hasn’t much time for that.” Instead, she frets about her marriage, agonizes about whether she is still attractive, and takes a vindictive pleasure that her husband’s glamorous college girlfriend has become “considerably stouter.”

Anne has been on my mind lately, thanks to the new PBS movie with Martin Sheen, and Netflix planning to release their own version of Anne in 2017. The problem is that Anne fits a mold of young adult novel heroines who age from inspiring girls into uninspired women. Madeleine L’Engle’s Meg Murry stops wrinkling in time to faraway planets, contentedly nurturing her seven children at home. Fiery Jo March darns a lot of socks. Even the beloved 21st-century Hogwarts warriors end up in sedate pairs, dropping their sturdy and sheltered children off at Platform 9 ¾. The stories are no longer about them. We are asked to say goodbye to our oldest friends, and instead picnic in Rainbow Valley with Anne’s Jem and Walter, time travel 3000 years with Meg’s Polly, and romp boisterously through Plumfield with Jo’s boys.

As an adult, Anne’s thoughts and fears are understandable, intensely human and surprisingly current. One might have hoped the internal monologues of women changed more dramatically in the eight decades since the last volume of the Green Gables series was written. The irony is that Anne, as an adolescent, was anything but normal. She wrote plays about the Lady of Shalott and healed an infant with croup by popping it in an oven. Readers had no trouble leaping into her world. It is the adult Anne, the one with the absolutely commonplace life, who baffles and sometimes even alienates her fans.

That children grow up is neither a surprise nor a cause for alarm. But I wish they didn’t do so in books. There is no aging gracefully for the titans of adolescent fiction.

The protagonists of young adult books are indomitable. They are driven by a strict and uncompromising code of right and wrong and they are not afraid to speak up, to dream, and to yearn for more than they currently have. Cast in high button boots and a pinafore, Anne yells at a venerable neighbor who has called her ugly. “How dare you,” she cries, as she stamps her foot on the ground. “You are a rude, impolite, unfeeling woman!”

What teen girl, roiled by other people’s comments on her body, hasn’t wanted to do the same?

Anne, Meg, Jo, Harry: they are not merely models for readers. They are alternate and ideal selves. From a psychological perspective, establishing identity and a stable sense of self is one of the major personal chores of adolescence. Reading is one way to achieve that. When adolescents read, they try on characters’ lives. They discard the protagonists who don’t work for them, and they hold tight to the ones they most want to be. And adolescents do not actually want to cook dinner for seven children.

Perhaps more to the point, most adolescents do not want to envision a future of cooking dinner.  Adolescents feel different from adults because they are different. At no other stage in life do people feel so intensely, act so impetuously, and ponder so deeply the possibilities and circumstances of the world. It is keenly important for adolescents that the envisioned future be different from the present, that imagined adulthoods deviate from the familiar ones they know. Adolescent readers want to write books and travel to the Alhambra and intrinsically believe that they won’t, in 21st century parlance, struggle to have it all. In hoping for more for Anne, readers are hoping for more for themselves.

Pragmatically, of course, there is a hefty demand for sequels, especially when characters are so beloved. Yet there is something illogical in how these characters evolve, particularly when they are girls. Intentional or not, the unsettling take-away seems to be that determined, dreaming girls will grow up to be happy as conventional women. This is especially perplexing given that their creators are, more often than not, women who bucked social norms and charted their own paths. Perhaps these authors wanted to offer hard-learned, if bittersweet, life lessons about nonconformity to their fans. Or perhaps they were merely too ensconced in their own adulthood, writing honestly and perceptively about the ways that aging can bring genuine contentment in the humdrum tasks of daily life, relief in finding one’s whims and moods tempered, and the understanding that rigid dichotomies of right and wrong must sometimes flex.

As long as there are adolescents, Anne will stay relevant. New generations will continue to read, stream, and follow her exploits because Anne — like Meg, Jo, Harry and all their resolute peers — embodies the most timeless aspects of adolescence. With iconic characters like these, fans may demand the end of the story, but they don’t actually need it. It is better to leave a fierce young woman just as she is, her future — like the reader’s — still unwritten. 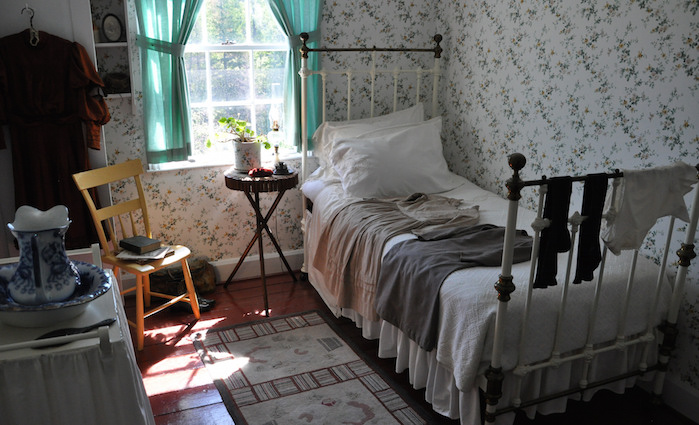