On July third, as Donald Trump declared at Mount Rushmore that “a new far-left fascism” is waging a “merciless campaign to wipe out our history, defame our heroes, erase our values and indoctrinate our children,” millions of those far-left fascists were watching the filmed version of Hamilton, a complex honoring of our founding that, whatever its flaws as history, opens the story up to include all the folks who are usually cut out. (For a full-throated examination of Alexander Hamilton’s actual relationship to slave holding, read Ishmael Reed on the subject).

Hamilton is the ultimate Obama-era musical. In that faraway time, it was almost as if Lin-Manuel Miranda wrote the show for and about the 44th president. And in a way he did. He began work on it in 2008, the year so many of us stood wherever we were and wept with pride when America elected its first Black president. The following year Miranda performed a number from what then was called the Hamilton Mixtape at one of the first cultural events hosted at the Obama White House.

When the show reached Broadway in 2015 it contained a song in which Aaron Burr and Alexander Hamilton both sing tenderly to their newborn infants:

[You] will come of age with our young nation.

We’ll bleed and fight for you,

We’ll make it right for you.

If we lay a strong enough foundation

We’ll pass it on to you,

We’ll give the world to you,

And you’ll blow us all away …

Five years ago, it seemed that someday had arrived. Watching the same scene in 2020 produces a much different effect. Did we in fact lay a strong enough foundation? At this moment we do not know, and we are certain to be flooded with a lot of new information on this point come November 3.

Other parts of the show adjusted themselves beautifully to the new American revolution taking place at this moment, with people dying in the streets just as they did then (and throughout our history). As a young Hamilton and his friends sing:

When you’re living on your knees

Tell your brother that he’s gotta rise up.

Tell your sister that she’s gotta rise up.

When are these colonies gonna

They could very well be the words of some of the leading speakers in the Black Lives Matter movement.

Hamilton is packed with more substantive ideas and actual debate than any other musical I am aware of. Next to it, the other best known musical about our founding — 1776 by composer/lyricist Sherman Edwards and book writer Peter Stone, which premiered in another dramatic chapter of the civil-rights revolution, 1969 — is threadbare. 1776 is a show about feeling, while Hamilton is a show about thinking. Miranda achieves this in part by making reading and debate the subject of Hamilton, and both are referenced constantly in a show that itself is dense with references to Broadway musicals and hip hop culture. He turns arguments about the national debt and America’s place in the struggles of its allies into exciting rap battles between Hamilton and Thomas Jefferson. Hamilton is that rare contemporary musical whose score could only have been composed in the time in which it was written.

And, always, the musical picks up the thread between the people who fought for America’s creation and the people who fight now to keep its soul alive. There’s of course the famous line shared by Lafayette and Hamilton that always gets applause — “Immigrants. We get the job done.” But the one that reverberates even more today than when the musical was new is a toast Hamilton and his friends drink to themselves, turning to look at the audience on the second line: “Here’s to the four of us. Tomorrow they’ll be more of us.”

I have many times discussed the theory that the arc of history bends toward justice with my son in law, who is of Mexican descent. When I say that things have gotten better in my lifetime, he argues that I am not in a position to actually know. And indeed I concede that, even if I can imagine his experiences with racism, I cannot  comprehend the full truth of what he has been through. The anti-Semitism I faced in my own career was for the most part minimal and usually so ridiculous that I could tell funny stories about it and laugh… although I do not remember laughing when I asked for a raise at my first full-time job and my boss said, “Why don’t you ask your rich Jew father in Pikesville for a raise?”

But I am in a position to know some things just because of the number of years I have lived. I was born in 1958 and I can remember what we called the riots in Baltimore in the spring of 1968 and the public dialogue at the time about racial issues. And in this we certainly have improved. Fox News notwithstanding, to turn on the TV or read the newspapers is to see a wide-ranging discussion with a new kind of depth and sophistication, one that was barely present in mass media in 1968. To put it in Hamilton terms: there are more of us.

When Obama addressed the graduates of 2020, he told them not to be afraid. He said something that might sound trite but is also true. He said, “America’s gone through tough times before — slavery and civil war, famine and disease, the Great Depression, and 9/11. And each time we came out stronger, usually because a new generation, young people like you, learned from past mistakes and figured out how to make things better.”

And so if we watch Hamilton in 2020 with renewed pleasure and hope, there is also a nagging fear as we wait for November.

Trying to get a screener so that I could write this piece a little earlier, I ran into a concrete example of something we are all seeing on every television commercial from every well- established company and corporation in the country, the financial giants who pay lip service to the changes at hand while at the same time they dig deeper trenches in the hope they will not have to change themselves.

Here’s a wee bit of background on Disney+, the only place right now through which to stream Hamilton. The service acquired the filmed musical in February for $75 million. The parent company, Disney, is of course among the most successful entertainment conglomerates in the world at present. But it is in financial trouble. According to a recent piece in the Washington Post by Steven Zeitchik, “the results for Disney’s fiscal third quarter are expected to be dismal, with revenue massively down compared to 2019′s $20.3 billion.” Its theme parks have been shut down by the coronavirus pandemic. And further, as Zeitchik writes, the “Black Lives Matter protests that sprang up in the wake of the killing of George Floyd … have infused many Americans with a sense of anger and social justice incompatible with Disney’s make-no-waves message of harmony.” Purchasing Hamilton was not only smart financially, it also sent a message that the mouse is more woke than people might think.

Wanting to write about the show, I went searching online for a Disney publicist; I planned to run this piece on July 3, the first day that Hamilton streamed, and so I wanted to view it a few days earlier, no big deal. I encountered a stumbling block unlike any I had met in my 40 years in journalism. Searching with all the tricks of my trade, I could find no sign of any publicist who worked at Disney Plus. It was as if no intermediary between the company and the press existed. So, instead I found the names of all the top executives at the company, figured out their emails, and sent a query about my problem to each one. A couple of days later I received an email from a publicist. I asked if there was a screener available and was told no, but to check back. I did and was told there was no screener available. So I waited and watched Hamilton when it streamed.

It’s a tiny thing, perhaps, but this corporate rejection of the norms of cultural debate — not allowing the press to review shows the way they have always been reviewed, through previews — is in its small way a mirror of Trump’s attacks on the press and his belief in the inherent rightness of the economically powerful. Ishmael Reed is right to castigate Miranda for not facing the totality of Hamilton’s relation to slavery, but one can’t help, in these dark days, cheer on Hamilton’s call to further revolution. 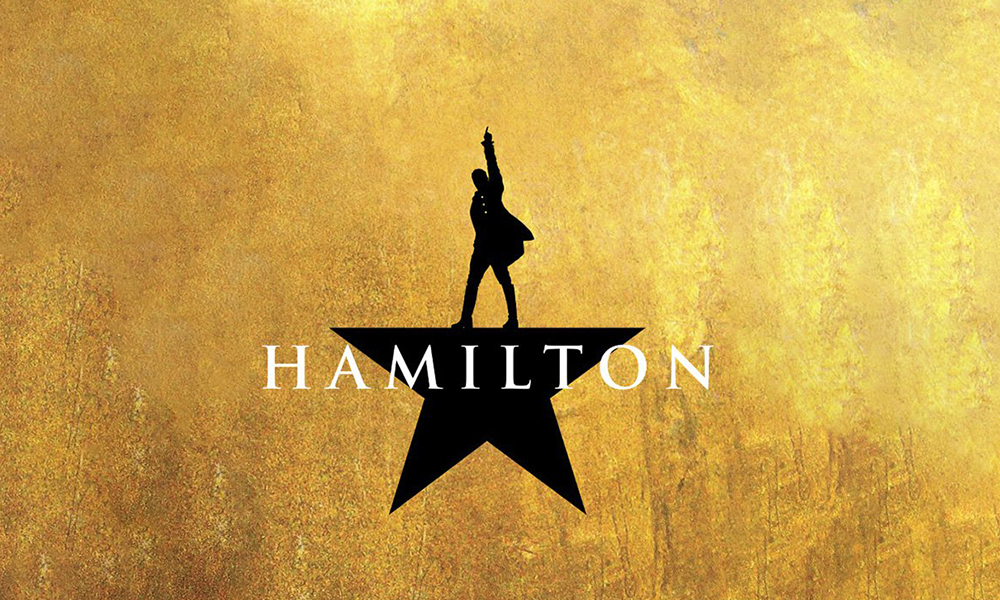