Why I Like This Story presents brief essays by forty-eight leading American writers on their favorite American short stories. The essays — which are personal, not scholarly — not only tell us much about the story selected, they also tell us a good deal about the author of the essay, about what elements of fiction he or she values. This essay by Diana Wagman’s ruminates on the short story “Girl” by Jamaica Kincaid. “Girl” was first published in the June 26, 1978 issue of The New Yorker. It was collected, and is currently most readily available, in At the Bottom of the River (Farrar, Straus and Giroux).

The first time I read Jamaica Kincaid’s story, I read it as my students do. I was a student myself, unmarried, without children, and I laughed and disparaged the speaker — the mother. What a bossy know-it-all, my students say, just as I said when I first read it. My students snicker at the mother and her old-fashioned values, telling her daughter what to do, not allowing her to make up her own mind. Some of them nod knowingly. The young women especially hear their mothers’ voices. They recognize the cadence and the chiding, mother fully expecting her daughter to screw up and already disappointed, unhappy in advance. Although the particulars of the mother’s instructions are unique to Antigua and Barbuda, the tone is universal. Kincaid’s story is about trust, and the mother definitely does not trust her daughter to know the right thing to do.

As a young student, I too heard my mother’s voice. “Do you hear me?” That was my mother’s refrain when she was angry, telling me I’d made another mistake. “Do you hear me?” Meaning, was I listening? Was she being understood? “Pay attention,” she was saying. This is important. And in the single line where the daughter interjects — “I don’t sing Benna on Sundays at all and never in Sunday School” — we hear a typical teenager’s response: none of this is important, Mom, you obviously know nothing about me or my life or how I behave.

In 690 words Kincaid tells the trajectory of an entire relationship, complete with expectations of the future, but obliquely. She avoids the traditional storytelling, “Once there was a girl and she lived in Antigua and her mother was always telling her what to do.” Rather, she constructs the scene by voice, rhythm, the precise choice of each word. Without being told directly, we know the girl thinks she will never measure up and also that ultimately she will leave her mother behind.

The first time I taught this story, my mother had just died unexpectedly and too young. The story took on new meaning for me. I know Kincaid had a fraught relationship with her mother — they were close until her much younger brothers came along and then she was expected to quit school to help provide. My mother and I had our difficulties too; I felt incapable of making her happy. When I read the story to prepare for class, I cried. I heard love in the mother’s scolding and her deep desire for me to be happy and successful. At that time, I had two small children at home and it broke my heart that my mother wouldn’t get a chance to tell them what to do, to boss them around the way she had with me. Her advice hadn’t been so bad. She knew more than I wanted to admit when I was living under her roof. In the story there are moments when we hear what must have been the mother’s life, Kincaid writes with poignancy and sadness, “this is how to love a man, and if this doesn’t work there are other ways, and if they don’t work don’t feel too bad about giving up.” And there are moments of fun: “this is how to spit up in the air if you feel like it, and this is how to move quick so that it doesn’t fall on you.”

Whenever I teach this story, I follow up with an exercise to write a paragraph of advice in the voice of someone the students know –– a parent, an older sibling, a teacher –– paying attention to the rhythm and cadence of that person’s speech. I tell them to try and make it as real as possible. I sat while they wrote that first time, and thought about my mother. I missed her.

The last time I taught this story, my daughter was heading off to college. We had always been close, but that spring she was doing her best to separate from me. It was difficult and at times painful. I tried to remember it was normal, she needed to put that distance between us, but what I wanted day after day was to sit her down and give her a piece of my mind. When I read “Girl” in preparation to teach it again, this time I heard my own voice. Different words, but the same cautioning tone, the same worry and concern. I heard the same love, hidden in reprimands and warnings: “like the slut you are so bent on becoming.” I had to laugh. I had come full circle with this story, from the angry daughter, to the bereft daughter, to the scolding mother.

I will teach “Girl” again this summer for the first time in a while. As I wrote this essay, I realized it has been 40 years since I first read the story. Now my children are old enough to be their own people. They have no need even to pretend to listen to my counsel. Now they boss me around and tell me what I should or shouldn’t do and what dangers lie ahead. The difference is I know they do it out of love. 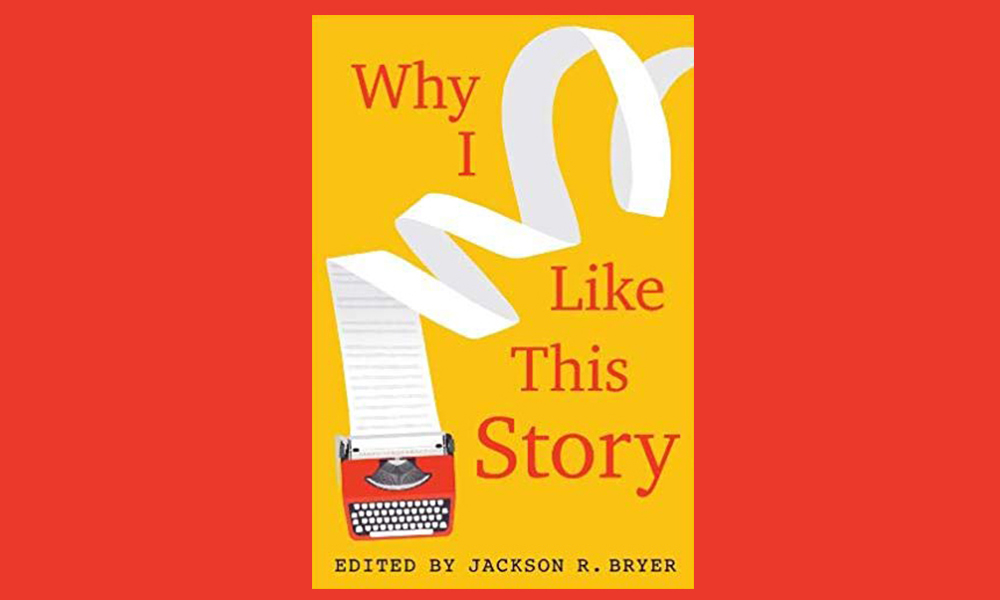