It is already a cliché to say that the pandemic has altered our perceptions of things. But cliché or no, it is certainly true regarding work, which is suffering a kind of devalorization. Once accepted as normal, the five-day, commuting existence is derided as outdated and unnecessary. Job openings are at an all-time high, but work in many areas (such as hotels, restaurants, and call centers) is being increasingly perceived as undesirable.

These new and critical attitudes toward work have rocked the boat; the economy is truly and oddly off-balance. Some employers are frantic, cynically pivoting from an insouciant “ghosting” of most job applicants to desperately contacting (and certainly nonplussing) those who years ago applied for a job.

This seismic event, this pandemic, has leveled so much of what once seemed enduring when it comes to work. Generation Z, in particular, is struggling to make sense of it all. It is clear that they are not interested in regenerating the earlier norms; disenchantment with the nature of work runs wild on social platforms. Scorning the idea of a “dream job,” young vloggers maintain “I do not dream of labor.” Across the globe, many are redefining work, others simply quitting their jobs. Where the jobless hermits of Japan (hikikomori) were once something of an outlier, we now hear of youth even in China dropping out of that life of unremitting labor and instead “lying flat” (tang ping). This response of lying flat, though presumably only rarely implemented (and without doubt frowned upon by the state), represents a kind of eloquent yin to the yang of Jack Ma’s recently celebrated nine a.m.-to-nine p.m., six-day work week.

Having rediscovered leisure, those in Gen Z may be able to cherish and never squander it again. Perhaps we might even attain a kind of “fully automated luxury communism” that solves our problems of work.

These youthful aspirations (or lack of them) regarding labor tap into a long-standing body of thought that that can be termed anti-work. A constellation of positions expressed across a broad variety of sources, the anti-work ethos ranges far and wide, slamming work as a form of social submission or damning work as a force for individual affliction.

Moreover, since jobs often do nothing more than create and enable the consumption of inconsequential “needs,” labor can be seen as a bad player, blocking our efforts to wring out meaning from the fabric of life. It may be nothing less than an existential threat. Given this, one wonders how it is possible to fully consent to labor. “How can one ‘want’ to be in a state that is so manifestly undesirable?” asks the radical French economic theorist Frédéric Lordon.

This might be the view from the Left Bank, but is the situation really so dire? What if we told Lordon and members of the younger generations that work can be tamed? That we’ll continue to work, but from home. That we’ll institute a universal basic income so that people don’t need to accept jobs they don’t like. Or that we’ll find ways to better compensate essential workers so that their lives will be less precarious.

And so, while we reach the end of the alphabet in Gen Z, do we truly reach the end of normal? Members of this generation can be given a vision drawn from the previously prevailing weltanschauung. We can hope that, as usual, most are able to find acceptable, if unsatisfying, jobs. It even may be possible for some to avoid precarious jobs with uncertain hours and pay, and instead invest in the training and education that will enable you to hit the job on-ramp to less unpredictable, more meaningful work.

The unsparing critiques leveled by anti-work, however, do not spare “meaningful” jobs. As Daniel Markovits cogently argues, the modern high-stakes meritocratic education/employment system causes alienation even in “elite” workers in “glossy” jobs, subject as they are to first incessantly creating and then feverishly leveraging their skills in high-stress work.

Okay, but what about those Gen Z who aim to be bosses — supervisors or managers, even (eventually) executives? Wouldn’t they then be freer, exercising control rather than being controlled? Mightn’t they achieve a kind of escape velocity from the heavy pull of labor? Not if we listen to another radical French thinker, the philosopher and mystic Simone Weil, who threw over a teaching career to labor in factories and fields. Bosses, she grasped, also suffer. “Power contains a sort of fatality,” she wrote, “which weighs as pitilessly on those who command as on those who obey.”

Underlying this dark vision of human labor is the anti-work observation that capitalism, like a virus, seems infinitely adaptable, co-opting any and all change in policies, technologies, or public and private preferences. For example, it thrives anywhere “market forces” provide the slightest room for it to breathe; whether a government is democratic or autocratic seems irrelevant. We see capitalism’s evolutionary genius in the transition from factory work to information work, from blue collar to “cognitariat.” The Italian Autonomist philosopher Franco “Bifo” Berardi argues that just as soon as factory workers demanded more autonomy and say in their workplaces, capitalism instituted a kind of revenge campaign of freedom — it freed enterprise from government regulations and “freed” workers from job security via downsizing and production outplacement. (Autonomism is an anti-authoritarian, pro-worker philosophy, evolving in Italy from the “operaismo” movement.)

Capitalism also adjusts by adjusting us directly, as people — in effect turning us into countless Manchurian candidates. Anti-work theorists insist that this system, in effect, reaches inside and realigns the desires of those who resist it. If workers demand more “meaning,” then workplaces will oblige by providing an insidious form of ersatz meaning, enlisting and entraining employees so that their personal goals match their employer’s goals. Or consider that the Boomers in their youth were themselves anti-materialistic, disparaging their parents’ participation in the rat race. It seems fair to say that in the end their desires were recalibrated by a multitude of influences within capitalist society. Have the Boomers, acting via these re-attuned desires, earned themselves a more honorable appellation than the Acquisitive Generation?

At the risk of eliciting an “Okay, Boomer” response, I would say to my Gen Z friends and colleagues that the desires spawned or reinforced during the pandemic for better approaches to work are indeed valuable. We need to dream about better destinations. Like Neo abruptly waking up in “The Matrix” because of a pill, we have opened our eyes to a reality shorn of numerous illusions and can perceive new ways to think about the role of labor in our lives. This is good.

In a sense, however, anti-work proffers another, more bitter pill than the one Neo took. It is like the old guy who liked to tell those asking for directions, “You can’t get there from here.” We can and should exert every effort to improve the working lives of everyone via policy and enlightened practices. And there are many avenues to personally greater psychological control and satisfaction in the realm of work. But placing our bets against flexible capitalism and on fully automated luxury communism — well, even should it be desirable and even if we can get there, it’s not around the corner.

Image Credit: Famous Economists. Economist Frédéric Lordon has questioned whether it is possible to fully consent to labor. 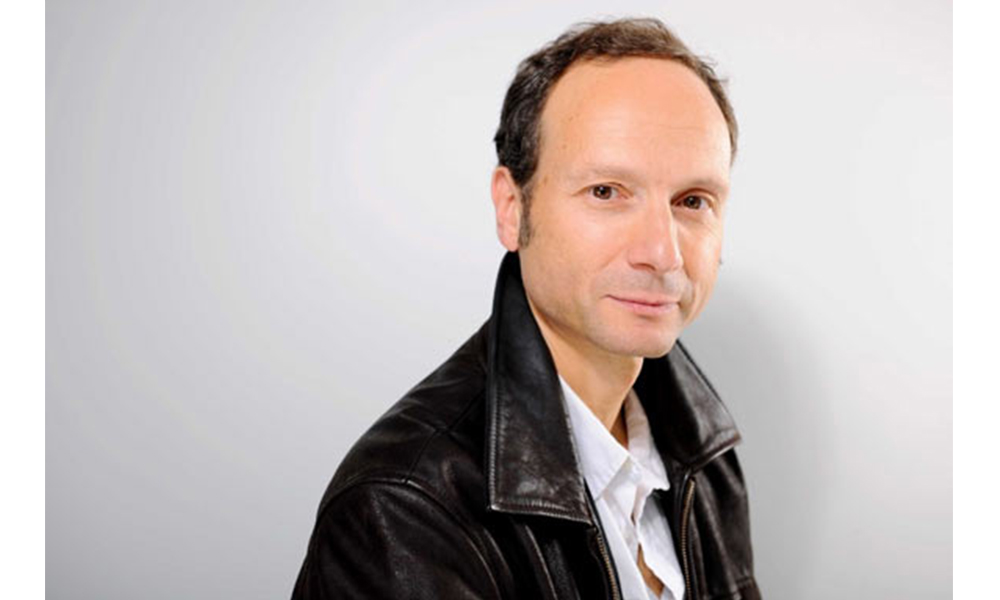