The power of music to bring people together was made painfully clear a few weeks ago at a memorial service for the late, great Gary Stewart. Gary, as I’ll have to call him, shaped the taste of a lot of people who don’t know his name: he was one of the key movers at the label Rhino Records, after beginning his career as a music-industry power broker at the Westside record shop that preceded it. He walked into the store one day, the owners have said, and never left. He went from buying records to selling them, one at a time, and then, years later, producing them at a far larger scale.

By now — several months after Gary’s death by suicide — a great deal has been written about him, including a New York Times obituary and a well-reported appreciation in the Los Angeles Times. Elvis Costello and Los Angeles Mayor Eric Garcetti have offered remarks about his importance and decency. These pieces tell much of the public story, but the tale of the man is much more complex. I was lucky enough to know Gary. I felt a huge fondness for him when was with us, and an equal share of rage and sorrow when I learned he was gone.

One day this June, I was in an enormous hall at the Skirball Cultural Center with the other 999 people who felt pretty much the same way I do. It reminded me of the old story about Frank O’Hara: that everyone who knew the New York poet thought they were his best friend, but when they got to his memorial, they saw that they were members of a pretty big crowd.

Like most who knew Gary, I was accustomed to seeing him in smaller rooms. He was the kind of guy you’d bump into at the Troubadour or Teragram or Regent and rave for a few minutes about how great the show you’d just seen was. That is, he was into bands with a smaller and more specific following than — it turns out — he had himself. Did he know this? Did he care?

When we actually know someone, we see them — their personality, their idiosyncrasies, the things that make them different from everyone else. Once they are gone, they become memories, symbols, ghosts — and begin to fall into categories. Whether we see them more clearly while living or dead, I can’t say. But now that I’ve acquired a bit of distance from my old friend (without missing him any less), I’ve begun to see him in cultural context.

So what is The Meaning of Gary Stewart? How would I assess him if he were a 1950s jazz trumpeter or an Italian poet from the 13th century? How would I describe this figure if I’d been charged to write about him for an anthology, say, or a Rhino box set?

The collective unconscious sees Los Angeles music as built around the Boomer heyday: Laurel Canyon, the Sunset Strip, Jim in his leather pants, Brian brooding behind his piano, the Capitol Records building. Almost as many people know about X and the punk scene. But the engine for so much of the LA music that came after, and the vessel for a lot of the earlier work, was a record store full of nerdy geniuses. I was lucky enough to catch the tail end of the heyday when I moved to town in the late 1990s; due entirely to coincidence, I spent the first few months of my arrival within walking distance of the place.

Part of the Rhino aesthetic — anyone who’s worked in one of these places or read Nick Hornby know the type — was finding the overlooked, the underdogs, the unjustly obscure. (That’s why, as in the film of High Fidelity, the clerks get mad when you ask for the Billy Joel record.) It’s hard for people who weren’t there at the time to understand how narrowly formatted radio was in the days of AOR and the Classic Rock hegemony, and just how mainstream and celebrity-obsessed Rolling Stone and press coverage was for much of the 1970s and ‘80s. Part of what Rhino — first the shop, and then the label – did was find artists who had little exposure, and make them visible. Sometimes this meant new, sometimes it meant old: The Nuggets compilations — 1960s punk rock played by bowl-cutted Anglophiles in West Coast garages, assembled by future Patti Smith Group guitarist Lenny Kaye — were sold in the shop on vinyl, and later, reissued by the label on CD and nicely boxed.

If you’re under 45 or so, you might roll your eyes when people like me go on about the corporate mainstream and how awful it was. You don’t remember when it was almost impossible to hear artists as melodic and accessible as Graham Parker or Love or Fairport Convention because the radio was playing “Jumpin Jack Flash” for the 1,000th time that day or something by Golden Earring. You came of age after Nirvana, after R.E.M.’s breakthrough with “Losing My Religion,” after George Clinton showed up on magazine covers. For most or all of your life, “alternative” has been not a youth movement, but a marketing strategy. You grew up with box sets, with Deep Cuts playlists, with access not just to a musician’s hits, but the B-sides and demos and everything else. You can find four-and-a-half hours of music from Bitches Brew with the snap of a cellphone.

The person who did more than anyone else to make this all happen was Gary Stewart. “If you curate music properly,” Elvis Costello said of him, “people can stumble across beautiful songs that may have otherwise been buried on albums in cut-out racks.”

Even after economic shifts and music streaming helped to destroy record stores, Gary continued doing this sort of thing for Apple Music, which remains — whatever its flaws — the most artist-friendly of the major streaming services. His playlists, like his CDs and box sets, are still there. There are some things, it turns out, you need human beings for: no algorithm is going to champion Dinah Washington or Badfinger.

What draws people together? There are a lot of reasons. The whole collaboration and association thing goes way back to the prehistory of the species. It seems to be something we need and that helps us — both as individuals and tribes — to survive. But it’s not easy for some people. My sense is it wasn’t all that easy for Gary. Still, he clearly had a gift for friendship.

Gary and I first came together when he introduced himself at an event for my book Culture Crash, which clearly hit him between the eyes. Part of what I lament in the book is the loss of street-level curators like book, video, and record-store clerks. Meeting Gary was like meeting a filmmaker whose work I’d known for decades or a novelist I’d been reading for years: his taste was part of what made me a teenage music fan, and eventually, a grownup culture journalist. For better or worse, I’ve never dropped the idea that the job of a gatekeeper is to keep an eye out for what the audience and the marketeers don’t know, to save the quietly glorious from oblivion. I don’t really recommend this as a career move, but it got deep enough inside me — I guess this is what “ideology” is — at an impressionable age that I seem to be stuck with left-of-the-dialism as my worldview. Gary was the same way, despite being a dozen years older and raised on the opposite side of the country, and we hit it off right away. We were seeking teenage symphonies to God.

In any case, Gary and I talked about various musical heroes and common political commitments: I could not quite believe this legendary record exec was just another overgrown kid raving about a Jam lyric we both liked. For years after that, I bumped into Gary all the time, sometimes more than once a week, more than I saw almost anybody else. Besides the small clubs, I remember hanging out with him, quite lazily, under a huge tree at Arroyo Fest in between Kamasi Washington and The Pretenders. We were just enjoying the day.

I also remember how anxious and concerned he seemed when I bumped into him in between Aimee Mann and Jason Isbell sets at the Greek last summer: he was upset at the way musicians were getting screwed in the digital era and wanted to do something to help. It’s a subject I feel strongly about too. But Gary seemed to take everything very hard, which likely drove his work with social justice groups, especially the Liberty Hill Foundation. I saw us as part of the fellowship of the road — two guys who loved culture and bonded over our shared ardor. I write about paintings and orchestras and other things for a living, but sometimes there’s not much more to be done than look someone in the eye and say, “Whoa.” We shared this feeling. But when the lights came up, I went home to a wife and son; Gary, from what I could tell, went home alone.

It was only on the drive home from the Skirball memorial that afternoon, playing a disc of Gary’s favorite songs assembled for the event, alone in my car, that the whole thing quite hit me. Part of it was because I was alone (duh). But part of it was because there were individual songs and artists I would have loved to talk to him about. I wasn’t surprised he loved the Zombies and the Clash, but man, another Pernice Brothers fan! What did he think of the reemergence of soul legend Howard Tate? What was his favorite Neko Case LP? When you spend your life chasing obscurities, it’s powerful to find someone who digs the same obscurities you do.

Driving down the 405, I thought about the same thing everyone does when a friend dies: the last time I saw him. Was it the Troubadour, walking out after a Billy Bragg show? Wherever it was, Gary told me he’d left Apple, had some health problems he was dealing with, but it was all cool and we’d get into it the next time. He left me with his usual shy, crooked smile. (This was a guy who pretty much shouted “good natured.”)

What of the paradox that this man who fancied small clubs, barely known bands, and underdog artists not only helped make money for a corporation but also built a large, international group of fellow misfits? These days if you are really into Big Star or try to find people to play the Velvet Underground’s third record in your garage (I speak from experience on both points) it is far easier now than it was when Gary got started. Decades after Daydream Nation and “Smells Like Teen Spirit,” this subculture — the Rhino, Nuggets, High Fidelity, Mojo magazine subculture — now survives, however uneasily, around the edges of the actual culture.

Sure there were other generals and majors. But could the meaning of Gary Stewart be that now there’s an army of us? 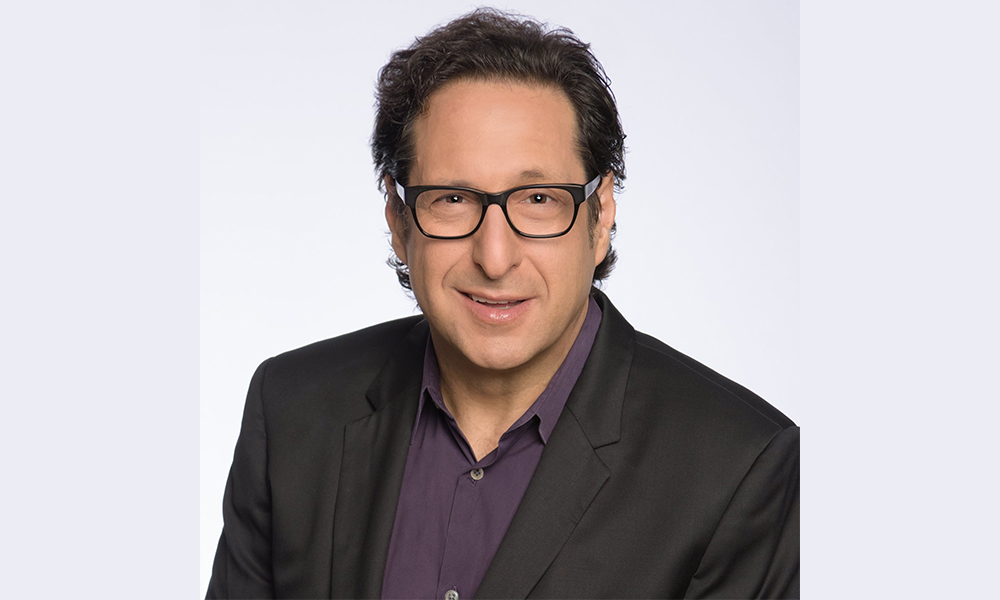