Late this August, I assured parents dropping off their first-year students at California Lutheran University in Thousand Oaks that we would take care of their precious cargo. “This is one of the safest communities in America” coupled well with “Your kids are going to have a great education here.”

This past Wednesday night, five miles from that August send-off, Ian David Long brought his semi-automatic Glock handgun into a celebration of college students and shattered the night, and their lives, with his bullets. Long was a veteran of American combat missions with the Marine Corps, including Afghanistan. Domestically, he killed a dozen of his countrymen, including himself, in another act of mass murder, described as “senseless” yet not wholly unpredictable.

Thursday morning, with the night’s fog still enveloping our campus chapel, I found injured victims and friends had gathered with clergy and counselors to cope well before the sun rose. I heard from the mouths of those who escaped, including one disabled student who huddled in a blanket, barely able to tell of the horror of watching people jump out windows to escape the bullets. He could only stay in place, hide, and hope that the shooter didn’t see his crutches trembling.

As the sun rose, we walked around campus to find students weeping and coping, staring at televisions, reassuring worried parents, and seeking information about friends who were yet unaccounted for. Throughout the day we hosted religious services, and connected wailing students with grief counselors. By the evening we had a plan to support faculty as they opened up classes on Monday morning to students who were coping with sudden, violent loss.

But as I drove home to Los Angeles’s San Fernando Valley, hillsides lit in orange flames surrounded me. By Friday morning, as if the week had not been enough, our campus was closed as another round of wildfires threatened our little corner of civilization.

They say life in Los Angeles envisages the future of the United States. “America, only sooner,” has been a tagline that has predicted our ever-growing love for fast food and Drive Thru windows, cars and superhighways.

But today it feels like an ominous statement about the fraying civic fabric of our communities, the numbing effect of widespread violence, and the chaos of ecological catastrophe. If it is true that Los Angeles is America, only sooner, then please heed our warnings.

In mourning, we will ask “Why us?” and “Why now?” and “How could this happen?” We will throw up our hands and curse our fate. But the cause of this is not fate, nor the deity, nor randomness. The cause of this is brokenness: broken relationships, broken people, and most of all, broken policies.

Many of those who escaped Long’s bullets on Wednesday, had escaped Stephen Paddock’s a year earlier in a Las Vegas mass shooting — the worst in United States history. Our campus had just mourned with our Jewish community, the hate-tinged deaths of attendees of the Tree of Life Synagogue in Pittsburgh. Many of my students had been at the Oaks Mall during a murder-suicide attempt just this past spring. I continue to mourn a 2012 hate crime shooting at a Sikh Gurdwara in Wisconsin, and a 2015 massacre of African-American churchgoers in Charleston, South Carolina. And the wildfires, and the mudslides to come later, are now a common occurrence, too.

Maybe the statistics will still show that Thousand Oaks is one of the safest communities in the United States. But now there can be no complacency in such safety. We, as a country, have to stop electing leaders who are making the world ever more dangerous for all young people. We have to support policies that ensure that humanity sees a twenty-second century. We have to support leaders who understand the urgency of sharing solidarity across lines of difference, and not those who give ammunition to racists, bigots, and murderers. This is a global, civilizational crisis. As an educator, and as a parent, I implore you. Hoping and praying is not enough, we have to act for change. 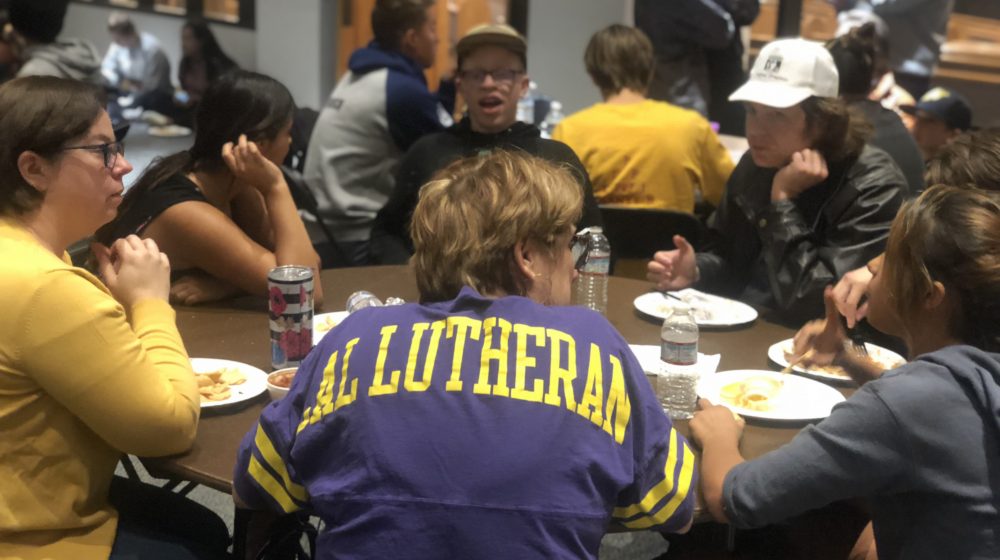