A rupture in friendship seems to be a national disease since Trump’s ascendance, even though we are constantly urged to embrace civility, to talk and listen to each other, especially across differences of racial, ethnic, and class identity.

This is a call for affiliation that requires regarding each other as equals worthy of respect. But our inability to talk across our differences has a long history and a specifically American history that helps to explain why it is so difficult to be friends.

I don’t mean “friends” in the usual way we understand that term as a mostly private relationship of affection between two people, often taking second place to romance and love. Our contemporary notion of friendship is a watered-down and sentimentalized version inherited from classical thinkers who considered friendship the most important and ennobling human relationship.

In the ancient Greek democracy and the Roman republic, on which the Founding Fathers based American democracy, friendship was considered the foundation of all communal civic life and the bedrock of orderly and shared governance.

The Greek philosopher Aristotle calls this relationship philia and in The Nicomachean Ethics defines it most basically as: “Equality — and likeness — is friendship.” Aristotle also asserts that the ties of friendship, because they encompass and define what is just, precede justice and are necessary for it. Cicero, the Roman statesman and philosopher whose famous dialogue on friendship, De Amicitia, shaped the discussion for centuries, intensifies Aristotle’s view when he observes that “the true friend is, so to speak, a second self…they become virtually one person instead of two.”

Such rare affection is supposed to transcend time and space: “friends are together when they are separated…and — a thing even harder to explain — they live on after they have died, so great is the honor that follows them, so vivid the memory, so poignant the sorrow.” The nobility and sacredness of friendship are most memorably evoked by the French philosopher Montaigne, for whom “l’amité” becomes the defining affiliation of the private modern subject. Jesus echoes Greek and Roman thought by valuing friendship over marriage or kinship and making it the basis for community and fellowship: “This is my commandment, That ye love one another, as I have loved you. Greater love hath no man than this, that a man lay down his life for his friends” (John 15: 12-13).

As a horizontal form of connection, based upon the intimate bond and loyalty of brothers, friendship is the ultimate democratic relationship: people regarding each other as equals with the same rights and obligations, working in cooperation for the common good.

Classical philosophers argued, that because people could not choose their families, familial obligation was a duty and not freely chosen.  They considered romantic passion an unstable, erratic and irrational condition leading to personal mayhem. And in the early periods at least, marriages were usually arranged to enhance and enrich families.

They also argued that tyrants cannot have friends — because they cannot or will not regard anyone as their equal — and monarchs can only be friends with other monarchs. Hence, the bizarre historical tidbit that when Mary, Queen of Scots was widowed in 1560 at the tender age of 18, her cousin Queen Elizabeth I suggested that Mary marry Elizabeth’s favorite, Robert Dudley, and join in a “friendship” in which they, as queens and thus equals, would share him as husband. Mary refused, and Elizabeth eventually had her executed as a potential regicide and usurper. It may also be worth noting that Trump himself is said to have almost nobody in his life outside his own family that he can call a friend in any real sense.

How, you might ask, did we lose the public civic sense of friendship? Modern secular philosophy, especially liberal thought, emphasizes individual selfhood and autonomy, relegating friendship and ethics to the private realm.

In the late 18th century, for example, Immanuel Kant demoted friendship to a form of distant respect for others while advancing impartial rules to insure justice. In the wake of poststructuralism’s decentering of the Cartesian ego, thinkers have begun to develop relational ethics and theories of intersubjectivity that challenge the traditional one-person focus of psychoanalysis, ego psychology, and liberal political theory.

Popular culture of the late 20th and early 21st centuries reflects this trend in the longevity of TV shows with “achieved” families like Friends, Seinfeld, Buffy the Vampire Slayer, and Sex and the City, countless “buddy” films, and the emergence of social media sites like the short-lived “Friendster” and the seemingly immortal Facebook.

We cannot overlook that the classical notion of friendship includes only free-born citizens — white males — and excludes women, who were thought too weak for such a demanding bond, as well as slaves and foreigners, called “barbarians” on account of their indecipherable speech. Aristotle said equality was necessary for friendship. Cicero takes this idea up with a vengeance, recounting how legendary friends were often literally mistaken for each other. A famous story recounts how a prisoner suing for mercy threw herself at the feet of Hephaestion, the bosom buddy of Alexander the Great, who was quite a bit taller than the conqueror. But Alexander, a student of Aristotle’s, refused to correct this faux pas, saying, “He, too, is Alexander.”

In other exemplary stories, Damon agrees to take his friend Pythias’ place and suffer execution by a local tyrant if he does not return. Patroclus dons the famous armor of Achilles, who is sulking and refusing to fight, and terrifies their enemies on the battlefield of Troy. Orestes and his cousin Pylades are hauled before an irate king who cannot tell who is who. This interchangeability becomes the basis of the golden rule: loving the friend, or the other, as you would love yourself or want to be loved. But it has the strange effect of excluding those, like women, babbling foreigners, or immigrants and “others,” who are not in your group or who do not, literally, look like, sound like or mirror you.

This leaves us with the question: how can we embrace our similarity, as human beings, alongside our differences, as people? Legal scholar Martha Minow calls this the “dilemma of difference.” If we argue for the inclusion of women and others in civic friendship on the basis of their theoretical equality with (mirroring of, being the same as or like) men, we reinscribe masculine norms and ignore differences that characterize many peoples’ realities. Simply including the excluded into the discourse of the dominant order may not sufficiently change or subvert that order. But Western culture finds it difficult to think what is different or not-the-same without creating a hierarchy that disparages and subordinates what is different.

If friendship is to be a useful tool for civic democratic practice, we need to consider whether there is a way to rethink the androcentric dichotomies of sameness and difference, subject and object, self and other in order to level out the differences.

To put this question in more practical terms: can we reconceive equality not as likeness but as a utopian horizon, an evolving parity or equity that rests fluidly or contingently on the embrace of differences? Can we treat those who look or seem different with respect? Can we just be civic friends? 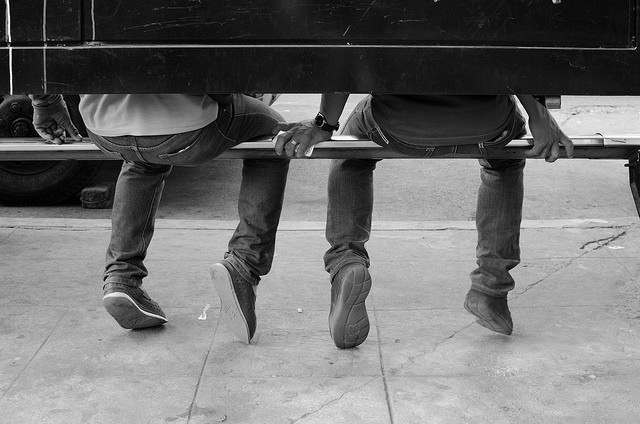