On Saturday, July 10, 2021, the Boston Symphony Orchestra (BSO) performed live for the first time since March 2020. As the musicians and conductor, Andris Nelsons, took the stage, audience members inside Tanglewood’s Koussevitzky Music Shed and on the surrounding lawn rose to a standing ovation, applause erupting from every corner of the hall and surrounding grounds.

It was an emotionally charged moment, for sure. In 2020, the COVID-19 pandemic halted the Tanglewood season for the first time “since the war years 1942-45,” as the program notes for the season (subtitled “Reconnect, Rejoice, Restore”) noted. Many in the classical music world were unsure if the field would survive at all.

Yet, as Nelsons insisted at the July 10 concert, classical music — “food” and “comfort” for human “souls” — is back. The orchestra’s all-Beethoven program signaled the atmosphere of, as David Allen wrote for The New York Times, “triumph over disaster, of the human spirit, indomitable,” or, as The Berkshire Eagle’s Andrew L. Pincus noted, “nothing less than a triumph of the human spirit.” Similarly, WBUR’s Ed Siegel rhapsodized, “And when that live music came at you it was transcendent, enough to stir the dead. Or at least the dreaming.”

As a classically-trained clarinetist, I, too, was deeply moved by the return of orchestral performance. At the concert, I felt tears spring to my eyes as I heard the oboe’s tuning A and my throat catch as I perceived the opening phrases of Beethoven’s “Creatures of Prometheus” Overture. After a year of incalculable trauma and loss, the swell of symphonic music did, indeed, nourish the soul.

Yet, as I reflect back on that first concert (as well as the two other Tanglewood performances I have attended since), I worry that the orchestral world might be missing an opportunity to reflect on a crucial insight laid bare by the COVID-19 pandemic: that classical music is, at base, an art of the body.

For over a century, classical music culture has sought to erase the physical body in favor of “the music itself” —  pure sound unencumbered by material concerns. As critics like Alex Ross and James Johnson have pointed out, concerts in Mozart’s day were often lively affairs filled with food, drink, dance, and revelry. Yet, this changed in the late-19th and early-20th centuries; as middle-class listeners sought to consolidate their cultural capital and prove their sophistication, and composers like Wagner and Mahler began to idealize the “cult of the Work” above all else, firm codes of conduct took hold to regulate the bodies of listeners and players.

Now, audience members must remain still and silent — expelling nary a cough nor, heaven forbid, a cell phone ring — and refrain from clapping between movements. Performers, likewise, must pretend that they don’t have bodies at all. From the requisite “concert black” (or Tanglewood white) uniform, to the practice of “blind auditions,” many of the field’s standard practices are designed to hide or homogenize the bodies that play the music. Performers who do foreground their bodies onstage — such as Yuja Wang, famous for her daring outfits and high heels — are often accused of distracting from “the music itself,” or worse (Wang was once accused of sporting “stripper-wear” at the sacred venue of Carnegie Hall).

Yet, as the COVID-19 pandemic underscored, live musical performances are fundamentally corporeal events, assemblages of living, breathing bodies gathered together in space. Classical concerts hinge on musicians’ intense physical proximity and intimacy, as they sit shoulder to shoulder, share music stands, and move together, exchanging breath, sweat, and even spit (I cringe at the number of times I have swabbed my clarinet onstage, only to fling the condensed saliva that had accumulated inside my instrument across the stage). These practices, if gross in “normal” times, are downright dangerous during a pandemic. One of the earliest superspreader events, after all, was a community choir rehearsal in Skagit County, Washington, which resulted in over 50 COVID cases and two deaths. New research on COVID-19 transmission in orchestras highlights that it matters how bodies are positioned onstage; scientists at the University of Utah, for instance, explored just how far apart the Utah Symphony needed to place its wind and brass players to reduce the transmission of aerosols, which can get “caught in tornado-like vortices, swirling around and across the stage and building up over time.” The classical concert, then, represents as much a fleshly encounter as a metaphysical experience.

Why is it important to attend to classical music’s more visceral entanglements? Can’t we just ignore the spit and sweat and let Beethoven’s reawakened melodies wash over us? Aside from the fact that the pandemic is far from over — the Delta variant has prompted renewed safety measures, including at Tanglewood, where ushers saw “more masked faces with every passing weekend”—the classical music world’s historic refusal to acknowledge the body in fact has other, profoundly unsettling ethical consequences, especially when certain kinds of bodies have long been systemically excluded from the classical stage and concert hall. The “concert etiquette” that keeps listeners still and silent, as performance critics such as Lukkas Krohn-Grimberghe, Kirsty Sedgman, and William Cheng have argued, invokes deeply racist, classist, and ableist ideas about manners and comportment. As Krohn-Grimberghe writes, “[C]lassical music is actually used (consciously and unconsciously) as a signifier for social class, and thus, also for racial segregation… Classical music, thus, becomes a refuge for white elites — a space to breathe — a luxury black listeners and musicians often don’t have.”

For performers, classical music’s inattention to the body has meant that, for the most part, only one type of body — white, male, abled — has been able to achieve a sustained presence on the classical stage; a 2014 study revealed that only 2% of full-time players in major US orchestras are Black, and only 2.5% are Latino/a. Rather than pretending the body does not exist, orchestras need to recruit members who, as conductor Lina González-Granados writes, “might reflect the demographics of a community.” Similarly, as Anthony McGill, Principal Clarinet of the New York Philharmonic (and the only full-time player who is Black), and Afa Dworkin, President and Artistic Director of the Sphinx Organization, have proposed, “Let’s have a transparent definition of what is needed of a musician to join and be tenured in a reimagined collective of artists.”

One cannot help but wonder, for instance, whether deeper attention to more immediate, embodied concerns might have led the BSO to inaugurate its return season—its first in-person concert since the murders of George Floyd and Breonna Taylor and the worldwide racial justice protests that followed — with something other than an all-Beethoven program headlined by a white male pianist. Many orchestras, including the BSO, are taking important steps in this direction (not to mention the groundbreaking work by organizations like the Sphinx Organization and Chineke! Foundation). I wonder: how might classical music organizations continue to think more deliberately about what kinds of bodies they make space for, both on- and offstage? How might focusing on classical music as a visceral art form invite new possibilities and pleasures for performers and audiences, particularly in a cultural sphere so long defined by exclusion? Rather than simply ascending to Beethovenian spiritual heights, then, orchestras must take seriously the fact that classical music is produced by live bodies, ones that move and breathe with the music and that merit serious acknowledgment and sustained care, not only when a respiratory virus lurks in the wind section, but as players and audiences work to reimagine what an orchestra is and does. 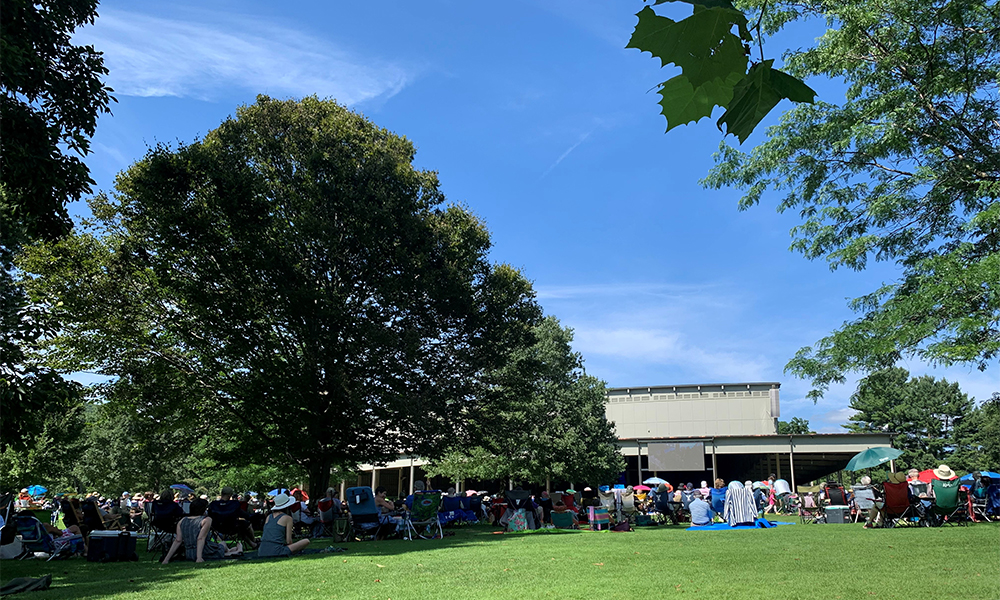