It was always the best news. Margy got the text, or email, or call. “Jonathan wants us to meet him …” A sentence that could end with, “At a restaurant that just opened downtown.” “For Persian in Glendale.” “Szechuan in Alhambra.” “Roy Choi’s new place.” “Southern Indian near us.” “Spago, for the 101.” “Ramen.” “Fried chicken.” “Birria.” “Thai.”

When? He doesn’t know yet. Is there a reservation? Don’t know. Five p.m. rolls around. Is there a time yet? Yes, but it’s now Korean barbecue. 8:30. Under George Green.

I am pathological about getting places on time. I don’t mean early. I mean on time. I’ve often turned to Margy in the car and said, “You have to call the Ochoa Golds and tell them we’re going to be there at 7:40 not 7:30.” When she agreed to this, reluctantly, she’d make the call, then hang up and say, “Jonathan said he’s in a traffic knot. That means the truck is still in the driveway.” What followed was a discussion of how, the next time we were at their house, we could get a LoJack planted under the truck.

But it never mattered, how late he was. The good time was always going to be had. You’d think it would be relief seeing him show up, but that wasn’t the feeling. It was happiness – the good time had started. As a friend pointed out, his arriving late might be the sixth most memorable thing about the meal. Although I cherish my insane punctuality, Jonathan’s chill mindset — we’ll get there when we get there, we’ll eat well, we’ll enjoy each other — is surely the happier way to go through life.

Whether three tacos at a truck or three courses in a booth, a meal with Jonathan always seemed to be about three hours. Lunch could be a lot longer. Especially if he’s traversing the length of the city to pick you up, but then going back in the other direction to get one of his kids from somewhere else, or maybe Laurie from work, and then, as you’re getting off the freeway in, say, Lawndale, he adds, “By the way, I don’t know the name of the restaurant, or the address, but the city’s pretty much a grid, so I’m sure I can find it.” Then maybe it’s not open that day, but there’s another place nearby he wants to check out, and THAT turns out to be actually incredible. It’s deep into the afternoon by now, and you had intended to get work done, you’d meal-planned the evening to cook something sitting in your fridge, but now you’re getting dropped off at 6 pm, full, happy, spent from laughter and shop talk, and feeling like you’ve seen a healthy chunk of your city, the sky looks great, so who needs dinner? Jonathan, because that’s where he was going right after he dropped you off.

Everybody who’s eaten with Jonathan knows about the two-lunch lunch, a card he played when there was no wiggle room for his companion, as in, when he was driving. Now, that didn’t mean he had a specific assignment in mind involving two particular places. He was often just exploring. The banh-mi excursion after which you go for chicken neck tacos. The dumpling lunch that segues, five blocks later, into a hand-torn noodle outing. Filipino, then Oaxacan. Soup, then skewers. The hot dog experience, followed by another hot dog experience, then another hot dog experience. Okay, that was for a piece on hot dogs.

Outside of LA, unconstrained by parental duties or house needs or deadlines, and loath to be in a hotel room, all bets were off. Two lunches AND two dinners. Where Margy and I would need to collapse in between, the Ochoa-Golds, with herculean stamina, would go to a museum. On one such vacation with them in Vancouver, Margy decided that to counterbalance all the meals, she was going to swim for an hour every morning at the hotel pool. Jonathan, hearing of this, remarked to Margy, “Don’t you know my goal is to help you go up a pant size?”

His encyclopedic memory was everpresent. Walking with Jonathan through a strip mall off Valley Blvd, heading to your destination, you might pass a random, sadly empty establishment. Of course, he’d eaten there. One was called Yummy Yummy Yummy. “It was worth only one yummy,” he told us. That memory didn’t just encompass his own experiences, but yours, too. One of our last meals with Jonathan was at Bavel downtown. After tasting their delicious malawach, a Yemeni fried bread, Margy said, “This is great, I can’t believe I’ve never had it before.” Jonathan’s brain, aka Google Food, entered “Margy” and “malawach” and answered, “Yes you have, 10 years ago at that kosher place on Pico, Magic Carpet. It’s closed now.”

Ordering at a restaurant was Jonathan’s prerogative, following a spirited discussion of what looked good on the menu. He was always solicitous of what sounded appetizing to us, even though, as he once told Margy, he could, upon taking in any menu, determine what any given group of friends would order. Dislikes were rehashed. Margy and I don’t eat seafood, so if there were lots of fish options, Jonathan wouldn’t hesitate to tease us. If there was shrimp, which Leon doesn’t eat, our teasing turned toward him. Any spicy food? Watch out, Isabel. Eggs? Then we got to rib our beloved friend. Laurie, meanwhile, immune to mocking since she can eat anything, scanned the menu for tripe.

With a larger group of friends, off the clock, and usually at a Chinese place, where menus can be book-length, Jonathan’s ordering could create a domino effect of side-glancing that went all the way to the waitperson. I’ve heard Jonathan gently inquire, “Is that too much?” The order taker wouldn’t always know how to answer. Their face typically registered an expression best described as, “We’ll gladly send it all out, but you realize the table is only so big.”

No matter where, everything was shared. Everybody tasted everything. Jonathan never looked like he was in work mode. A favorite dish, though, elicited a very specific response: big eyes, two soft juts of the head forward, a pointed index finger, and a “That is SO, GOOD.” But you know what? The lackluster meals were fun, too. It was about the company, the journey, the world problems solved, the cultural debates not solved, and sometimes the look on a chef’s face who might approach, sit, and nervously tell a life story.

On one of our first trips to Italy, a bunch of us were in two cars traveling over an hour to have lunch at a celebrated restaurant in Montevarchi. It wasn’t open. Forced to improvise, one car, full of the tired and unadventurous, went to the nearest restaurant. To this day, no one knows what happened to them. We do, actually. They had a bad meal. The other, with me, Margy, and a woman named Anita, was driven by Jonathan, brandishing the Slow Food guide, a leader with eager followers, and stoked to locate a place from the book he knew was only a few minutes away. An hour later, lost, flummoxed by Italians who only pretended to understand our queries, we were THISCLOSE to giving up. Okay, I was THISCLOSE to giving up. But Jonathan was undeterred, and when we finally saw that white this-way sign with the trattoria’s name on it — Costachiara — the car screamed. Well, Margy and I screamed.

A small road outside of the town led to a gravel lot and a quaint farmhouse with peaceful outdoor tables and an indoor fireplace. Chickens were at our feet. The table of serve-yourself antipasti looked painted, it was so beautiful. The hand-rolled pici was exquisite. The chianti local, serviceable, plentiful, perfect. The massive Bistecca alla Fiorentina, served by the owner in a blood-spattered apron, was divine. The smiles on our faces I’ll never forget. Like any memorable day with Jonathan, we got there just before lunch service ended, and got back to our town at dark. We had found a paradise, and until it closed many years later, we tried to return every summer.

Jonathan, remembering that day, had been known to cite it when asked the proverbial last-meal question. That afternoon, as hungry and exhausted as we were, we would surely have called it the ideal at-last meal. But what it really was, was that peculiarly joyous specialty born of eating with Jonathan — a first meal. Because isn’t that what every great eating experience is? That’s how he made you think of food when it transported you — like you’d never eaten that before. But it was more, it was you’d never eaten that food, done that way, by these people, who came from that place, now in this place, where you have now met them, by eating their food. But I’ll add one more detail: And with you, Jonathan, the most wonderful, smart, funny, gifted, knowledgeable broker a talented cook and an open-minded eater could hope for. My heart may be a cracked, empty plate right now, but from knowing you, my soul is well and truly nourished. 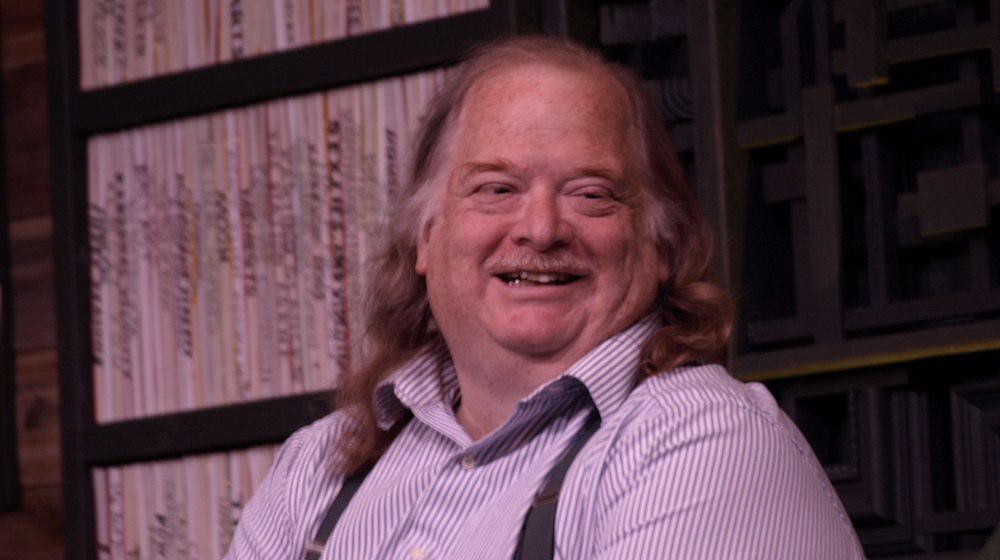