Shortly before Christmas Day 1946, Albert Camus delivered a book manuscript to his publisher. Unhappy with what he had written but unable to write any more, Camus consoled himself that this “complete failure will teach me modesty.”

As it turned out, his book, The Plague, became an immediate bestseller upon its publication. Seventy years later, it remains a bestseller — a work as compelling today as it was at the start of the Cold War, when the defeat of one form of totalitarianism — Nazism — gave way to the equally grim totalitarianism of Communism.

It is not clear whether the book’s success taught Camus modesty. What is clear, though, is its potential to teach modesty, political and moral, to others.

The novel’s plot is simple: Sometime in the 1940s, the plague settles upon Oran, a city in French Algeria. Fearful and feckless, Oran’s political leadership refuses to name the threat for what it is. They justify their dithering by the refusal of medical officials to affirm, with absolute certainty, that the plague is, indeed, the plague. Maddened by these hesitations, the book’s protagonist, Doctor Rieux, exclaims: “It has small importance whether you call it the plague or some kind of fever. The important thing is to prevent it killing off half the population of this town.”

As the daily body count climbs, however, officials finally quarantine the entire city. Most of Oran’s residents, who had thought the plague could never happen in their lifetime, passively submit to their lot. But a small group of individuals instead join forces to resist the plague, forming sanitary squads that care for the ill and bury the dead. At first, their motivation isn’t clear. These men — a laconic doctor, an investigative journalist, a petty official, and a mysterious traveler — seem to share nothing other than being in the wrong place at the wrong time.

Yet we soon discover they also share what we can call an ethics of attention. The traveler, Jean Tarrou, expresses this code when he tells Rieux about a childhood experience, accompanying to work his father, a state prosecutor. Watching his father argue for the death penalty, Tarrou was shocked by the contrast between the man of flesh and blood sitting in the dock and the euphemisms filling his father’s closing argument.

Forever changed by the experience, Tarrou tells Rieux that we must keep an unending watch on our own selves and our words. The good man is “the man who has the fewest lapses of attention.” What this comes down to, Tarrou concludes, is seeing and speaking clearly: “All of our troubles spring from our failure to use plain, clear-cut language.”

Much has been written on how the president-elect’s peculiar relationship to language reflects our “post-fact” and “post-truth” age. But The Plague reminds us that these same phenomena loomed over Camus’s age. While Camus spoke of lies instead of “post-fact” and propaganda rather than “post-truth,” he nevertheless battled against an earlier iteration of our current predicament.

By the time he completed the manuscript, the Iron Curtain was lowering over Europe. The show trials of dissident Communist leaders in Central and East Europe offered the second act to the Moscow show trials of the 1930s. In France, the univers concentrationnaire (the universe of concentration camps) was already being mapped by David Rousset, analyzed by Raymond Aron and recreated by Arthur Koestler.

At the same time, French Communist intellectuals denied the facts themselves, while fellow-travelers on the Left, while acknowledging them, denied their moral significance. As the brilliant apologist Maurice Merleau-Ponty argued, every political system is based on violence. Unlike the violence of capitalism, which is inherent to its workings, the violence of communism is a regrettable means leading to a radiant future.

Such casuistry on behalf of a murderous ideology — one thoroughly opposed to the reality-based community of postwar Europe — enraged Camus. Shortly after the publication of The Plague, he declared: “Today things are clear and we must call something ‘concentrationnaire‘ if that is what it is, even if it is socialism. In one sense, I shall never again by polite.”

Similarly, Rieux and his motley band of resisters insist, as one of them declares, “in calling things by their name.” It is only by getting the words right — using them to describe the world as it is — that one can act right and make the world a bit more the way it should be. Totalitarianism — for which the plague stands as the allegorical representation — gets words wrong. It uses them to describe a world that isn’t, and thus creates a world that should never be. It comes to power through the harrowing of terror, and maintains itself through the hollowing of language. Hence Camus’s reason for joining the French Resistance against the Nazi occupation: We were fighting, he declared, “for that fine distinction between the true and the false.”

But to what end? By the time the sanitary squads help defeat the plague, Tarrou numbers among its victims. It was Tarrou, moreover, who had earlier reminded Rieux that his efforts to save his patients will never be lasting.

The doctor’s reply — “Yes, but it is no reason for giving up the struggle” — at first sounds pat. But instead, it sounds the depths of human purposefulness: the demand, in the face of political or ideological absurdity, for justice and dignity. In The Rebel, his philosophical companion to The Plague, Camus insists on a key element to our resistance against absurdity: “to insist on plain language so as not to increase universal falsehood.”

It hardly matters that such resistance — no less essential against Trumpism as it was against communism — will not lead to enduring victories. This is, as Rieux and Tarrou understood, the nature of struggle. What does matter, as Camus once observed, is that while there is no reason for hope, this is no reason to despair.

This article also ran in the Houston Chronicle on December 20th. 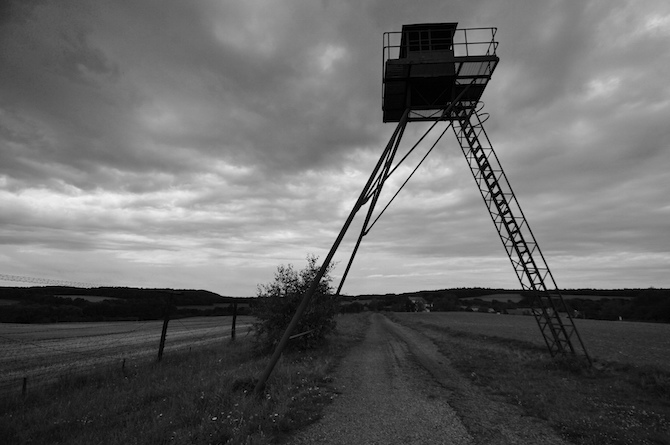