Once around a new moon in Oakland, I stumbled somewhat accidentally into a magic shop. By that, I mean that I was not necessarily seeking a brush with the metaphysical, or even for an excuse to purchase anything at all, but the shop found me, and well, here we are.

Some people might call that fate; others, coincidence. The shop was staffed mostly with the first category, the type who might also spell it “magick,” with a “k.” One called to me as I poked through the crystals, the sage sticks, the nameless herbal tinctures, her voice laconic from the incense-smoky back: “If you need anything, feel free, you know, to ask.” I did, in fact, have a question, which was: Why? It was soon followed by another: Why not?

Curious, I bought a pack of tarot cards and left.

In certain circles, a serious interest in what has previously been termed the New Age or the occult is experiencing somewhat of a resurgence. You might cite the politically-minded horoscopes of Chani Nicholas, quoted in the Los Angeles Times as saying, “I thought, people are going to hate this, because the woot-woot spiritual yoga heads that want astrology don’t want to hear me rant about the world as I see it.” Or the sleek, design-heavy boutiques like Salem’s Hauswitch in Massachusetts, where amidst the pillows and household knick-knacks for sale there’s also a “North Wind Spell Kit” (complete with “clay mini cauldron.”) Or do-it-yourself blogs with names like “The Hood Witch” and “Little Red Tarot,” literary-minded books like Jessa Crispin’s The Creative Tarot and Alex Mar’s Witches of America, and artists sketching out tarot decks and moon guides and more. It is, in short, the return of a certain kind of spiritual undertow, the embrace of a specific kind of pulse, or mood, or superstition. It is a familiar archetype: now is the season of the witch.

Why now, and why this? The archetypes are, in fact, a part of the attraction. A friend once described her interest in astrology to me as “fantasy football for emotional intelligence.” What is interesting about astrology in particular is how much it cloaks itself in the language of the pseudo-science, how exact it wants its predictions to be. Jupiter will travel in close opposition to unpredictable Uranus on this day; on another, Mars will move into Pisces, and please, be careful not to make any big decisions. Opposed to this, are the tarot cards I picked up that day in Oakland, which seek divination though inexact means. Intuition governs both the process and the point: “I’m not interested in predicting the future,” reads an introductory page on the popular Little Red Tarot blog, written by an Autostraddle columnist living on the Isle of Skye. “I’m interested in how we can use tarot to understand ourselves better.”

But the self told through the cards relies on a series of familiar other selves to tell the story, the same stuff that Carl Jung in The Archetypes and the Collective referred to as “definite forms in the psyche which seem to be present and everywhere.” The tarot deck itself is divided into two categories of cards, the major and the minor arcana, and it is in the major arcana that figures like the High Priestess, the Hermit, and even Death are to be found. What began as playing cards in 15th-century Italy eventually became a tool for fortune-telling, and was later standardized into the 1910 Rider-Waite deck, arguable the most famous of the tarot decks available today. In my own, the human figures are instead animals: swans, snakes, a lion…Even the archetypes have archetypes that correspond. Mythology and history, as familiar as muscle memory, stir.

And so why now, why this newly fervent and interested subculture devoted to something so abstract? Crispin, in the aforementioned The Creative Tarot, observes that written records of tarot as a fortune-telling practice coincide with the Enlightenment, and perhaps this revival is a similar reaction to an earlier age of reason, of atheism, of the occasional airlessness of technology. Even the latter, though, is now joining the fun: the Golden Thread app promises “self-knowledge through the cards…Find patterns by using the cards as a tool to project your thoughts.”

The enduring fascination, then, might stem mostly from the comforting illusion of life’s patterns which are inherent to the archetypes that are the deck’s rhyme and reason. There is an addictive quality to shuffling through a deck and slotting in one’s own life experiences and relationships into the vague card meanings and definitions of “stillness” and “seeking knowledge.” A successful tarot reading offers a peculiar form of satisfaction, one that is not so much tied to anything as concrete as an “explanation” but rather, the wordless feeling that echoes in the back of one’s head that, yes, this is all true. A picture of five cups does indeed mean grief and disappointment, and yes, there is the memory of that one particular event in one’s particular life…There is that feeling, as Tolstoy ascribed to poetry written in a foreign language, of only half-knowing what is really going on — and enjoying it all the more because of that.

That feeling of half-knowledge is what makes tarot and witchcraft and other occult practices and absurdities so appealing and so popular today, at least to some of us. These are uncertain, destabilizing times; though these systems, be they an astrological chart or a tarot spread, purport to decode life’s mysteries, the answers they offer are open-ended, uncertain, and based on shaky foundations. In that way, they are similar to the murky questions we are all asking these days: how will this year, and the next four, unfold? What laws are being passed, what new strictures will or will not be enforced? What is being fought for, what is worth fighting for, and what is, exactly, history? We crave answers. They are difficult to find, though; it seems to me as sensible an approach as any to search for them in a pack of cards. 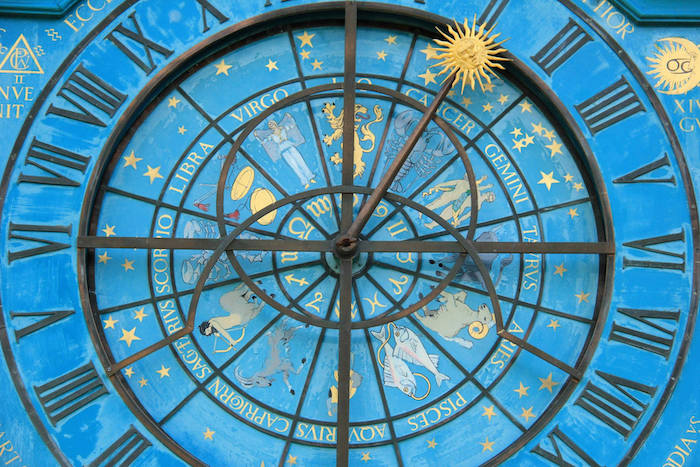