Images engage and trigger us daily on social media feeds, spanning the mundane and the extraordinary. Four hundred hours of YouTube videos are posted every minute, over three billion Snapchats are exchanged every day, 300 million photos are uploaded on Facebook every 24 hours. News, ads, political campaigns, fundraising initiatives, blogs, vlogs, and tutorials fight for space in our consciousness and our memory. Images shape our thoughts on multiple areas of our lives: dating and sexual pursuits; self-care and mindfulness; high- and low-brow entertainment; fashion and culture.

Interfaces designed for digital image-sharing largely mimic the analogue practices of showing images from your family album. But the result is far more prolific than any family album — an endless stream of selfies, travel shots, baby pictures, and funny cat photos. Conversely, visuals also shape conversations we have about social injustice, systemic violence, and race inequality: photographs of Tamir Rice and Emma Gonzalez; ISIS propaganda; mothers holding toddlers being teargassed at the US Southern border; teenagers in MAGA hats taunting Native American elders. We are overwhelmed by the sheer volume of tense images.

To stand out, to become memorable, to sway emotionally, content is no longer enough. The form, the shape, the color often make us linger over certain images longer than others, remember them better, and share them with others. Enter photo filters and effect applications which allow social media users to make their photographs stand out among a constant flood of visuals. Photographs are no longer something that we passively “see,” but rather are encouraged to co-create and co-produce — digitally alter, share, flag, tag. Instagram, VSCO, Snapseed and Hipstamatic have become ubiquitous examples of enhancing the everyday. Digitally prefabricated filters like Gingham, Valencia, or Lo-fi, a choice of pre-set types of lenses, cameras, and simulations of cross-processing, are all devised to enhance mediocre images taken with our camera phones. Algorithm-designed imperfections (vintage filters, film scratches, polarization effects) become perfection itself: our food suddenly looks more delicious, our clothes more stylish, our interiors more editorial, our skin blemish-less, our bodies more desirable. Though often taken to be spontaneous, these images become aspirational, the gist of glamour and lifestyle blogs where microcelebrities strategically consolidate their brand. Using cheap and easily available software, we expertly run selfies through a filter to boost the colors, overexpose, crank up contrast, give everyday scenes a retro tinge or a Polaroid-like square frame, introduce or mute visual noise and distortion, or create a vignette effect.

In today’s visual sphere, where we have far more images than we can possibly see or remember, we need to start thinking more about how they filter our content, slanting or altering our worldview. How can we see the faux-vintage images without unseeing the structures that constitute visibility and invisibility of certain groups? How to remain accountable for the visibilities we make available to others, which we share and replicate online? What remains? What is filtered out?

There is more to photo filter apps than just respite from the mundane, the dull, or the ugly. Although instantaneous, they head towards pastness. Often, our phone cameras emulate different moments in history of image making, mimicking rough-edged square paper prints, 35 mm sprockets, faded Polaroid frames, grainy 1950s black-and-white snapshots, Kodachrome slide holders, or a pinhole camera. They instill prosthetic memories of a childhood Super8 home movie reel or a yellowed family snapshot kept in a shoebox for digital natives who never grew up with these. Designed for unskilled amateurs (the Kodak slogan “You push the button, we do the rest” remains as valid as ever), Hipstamatic’s Ina 1969, Photoshop’s Lomo or Instagram’s 1977 embrace all the lapses of the analogue processes (light leaks, lens imperfections, dust and scratches, distressed borders), giving the feel of an old photograph. With the overwhelming majority of images made by machines to be read and scanned by other machines today, with humans rarely in the loop, photo apps tap into our nostalgia for analogue photography with its authenticity and with its physical and tactile imperfections. This nostalgia, mimicking a perceived sense of loss, is both cherished and commodified, particularly on Instagram, the most visually-focused of social platforms.

Sometimes, this longing for a bygone era raises critical questions: Benjamin Lowy’s iAfghanistan and Damon Winter’s A Grunt’s Life — Instagram reportages rendering daily life under US-led occupation uncannily beautiful through excessive processing — have, to many, been irreconcilable with the idea of “authentic” photojournalism covering current conflicts. More often than not, however, many embrace the retro aesthetics as a stylistic gimmick, designed to make people’s lives more visually pleasing.

While I am also taken by faux-vintage filters, scrolling down my Instagram feed raises red flags. At closer inspection, these filters serve as a powerful tool in documenting, celebrating, and perpetuating a white, millennial, urban class focused on fashion, food, and self-styling. They are used by and marketed to white, young, thin, toned, affluent, ambulatory women and men, avid participants of the wellness industry. And, as much as it makes me uncomfortable to admit, I seem to be an ideal candidate for them, as deemed by Instagram algorithms. From ubiquitous all-white bachelorette parties in Nashville, through culinary adventures on holiday in Thailand, a close-up of a pumpkin arrangement or Christmas ornament, to almost surreal series of images of a friend’s toddler son with a rifle during pigeon hunting season, faux-vintage photos in my feed often push heteronormative sentimentality, romanticized polarization of otherness and sameness, traditional gender roles, imperialist fascination with the “exotic,” and longing for the “lost” conservative values.

While I am myself pulled into these images’ easy aesthetics, their sociocultural/political connotations feel wrong to me. Faux-vintage photos seem almost perfect reversal of socially engaged documentary photography. Not coincidently perhaps, the breeding ground of faux-nostalgia, Instagram, even though home to social activist accounts like @Tamikadmallory, @hassanhjazi or @legallyblackuk, has never had the political impact of platforms like Black Twitter, which propel racially focused issues (ranging from everyday personal experiences to episodes of police brutality against unarmed black men such as Eric Garner, Oscar Grant, Trayvon Martin, Michael Brown, or Tamir Rice) to national attention with  hashtags like #Ferguson and #BlackLivesMatter or #HandsUpDontShoot.

But even the purely formal side of vintage filters gives me pause: looking at the Instagram photos, I notice certain misrepresentations. Darker skins do not photograph well when using vintage filters — features become blurred, colors distorted, faces recede to the background. Those with darker skin tones often find themselves whitewashed, underlit, drab, and devoid of detail on Instagram. When photographed alongside darker skin tones, fairer complexions seem to claim all the light. Many of the group wedding photos on my feed are hard to look at for this particular reason.

This, again, can be read as nostalgia’s byproduct. Digital filters, in their pursuit of a bygone era, often reference early camera films that misrepresented or rendered invisible darker skins. Referring to “vintage” films like Kodachrome, with their bright color palette and warm hues (which often left dark skins underlit), Instagram’s visually enhanced snapshots are no kinder to dark skin. “Shirley cards” — images of a pale skinned woman with dark hair against a white background — were used to calibrate lighting and balance for the larger part of the twentieth century. Photographic and cinematic practices chose to ignore, erase, or neglect people of color, leaving tools with built-in biases. Kodak’s Brownie was calibrated to provide detail for white faces, but the light sensitivity was so narrow that faces with darker skin (absorbing almost half as much light as light skin) were illegible, with eyes and teeth often the only discernable features. Modeling light settings and defining the meter readings against white skin visually erased a large percentage of the world’s population. Despite complaints to Kodak by Black parents in the 1950s that class photos did not show the faces of their children, it took brands selling chocolate and dark wood furniture the 1970s for Kodak to develop their Gold Max film with better light sensitivity. The shift away from Shirley to film types more inclusive of the full range of skin tones signaled that it was economics, rather than civil rights, driving change.

Admittedly, vintage photo filters are not the only new technology perpetuating bias. With Silicon Valley’s powerful molding of all things visual, social media often filters out people who are not recognized as powerful subjects. Deep-learning algorithms of companies like Amazon or institutions like the London Metropolitan Police, which are fed more photos of light-skinned faces than dark-skinned faces, become biased and worse at recognizing darker-skinned faces. When 3D artists test new skin shaders for computer games, they often use a 3D head scan of a white person, an uncanny counterpart of Kodak’s Shirley’s Cards. FaceApp, an app that allowed users to take a selfie and turn on a “hotness” filter (since disabled) often just made people look whiter, its model being trained with skewed data of predominantly white celebrities. Against these trends, attempts to circumvent the inherent flaws of the camera by ensuring that subjects are properly lit — like in the HBO show Insecure, which uses  whiteboards with LED lights inside to make sure the dark skins are properly lit and not misrepresented like they were in traditional sitcoms, or  Tonr, a photo-editing desktop app created by Vox Media, designed to illuminate the complexity of darker skin tones without over-saturating them — seem especially important.

Among all this, faux-vintage images imperceptibly continue to function as a key site through which social and individual processes of (mis)representation and (in)visibility are practiced, narrated, and enacted. How do we ensure they move beyond mere visual and affective consumerism, beyond the elevated, self-indulgent “everydayness”? Should we only use them to photograph objects and landscapes, like photographers Adam Broomberg and Oliver Chanarin, who created a series using a vintage Polaroid ID-2 camera and decade-old film, a process commonly employed to produce the infamous South African passbooks, which enforced racial segregation during the Apartheid? Inspired by Jean Luc Godard, who memorably refused to use Kodak film while on assignment in Mozambique in 1977, Broomberg and Chanarin used the film to capture fauna and flora rather than people. Their project’s title To Photograph the Details of a Dark Horse in Low Light refers to the coded phrase used by Kodak to describe a new film stock created in the early 1980s, addressing the inability of earlier films to accurately render dark skin. Or should we discard the Instagram filters, with their simultaneous sleekness and porosity, altogether? What would happen to our reality if we capture it without blurry nostalgia, without carefully crafted perfect imperfections? 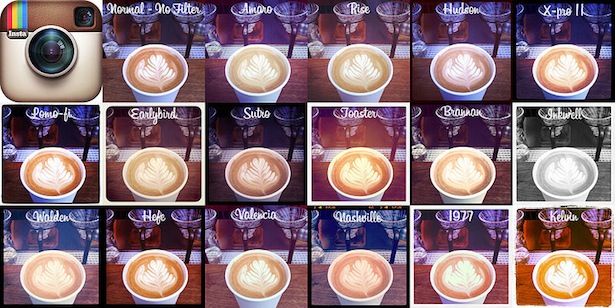