From April 2018 through September 2019 I translated A Novel of London (1971), a classic of European modernism that established Serbian writer Miloš Crnjanski (pronounced Tsern-YAN-ski) as one of the great Eastern and Central European voices of the 20th century. The over 700-page novel will be published in time for the London Book Fair in March 2020. It will be available in English there for the first time, almost five decades after the original was published in Belgrade.

A Novel of London follows an aging Russian émigré, Nikolai Repnin, as he attempts to build a life for himself in the 1940s. Crnjanski paints a stark and revelatory portrait of war-battered Europe through the eyes of a person living in a constant state of alienation. Born a Russian noble in pre-revolutionary St. Petersburg, Repnin is now reduced to eking out a living from odd jobs in the British capital, whose buildings, monuments, citizens, and customs he portrays with fascination. Repnin is beset by memories of home and prevented from making a home in the new environment. Xenophobia is rife.

Despite the title, the book is far more than just a novel about London. As Repnin meanders through the streets and bureaucratic mazes of the bombed-out city, reminiscing about his opulent past in Russia and subsequent odyssey through Europe after the Revolution, he encounters a host of émigrés from around the world, whose stories also unfold. A pan-European portrait of class structures and the real effects of the war emerges, a vision whose depth and scope may be unmatched in 20th-century literature. While Crnjanski can be scathing and even cynical, the book is peppered with humor and quirky details that introduce levity and help create a nuanced expressionist collage.

Repnin is accompanied through most of the novel by his beautiful wife, Nadya, ten years his junior, whom he wishes to save from poverty by sending her to America to stay with her aunt, also a Russian émigré, who has found her feet in New York. Their marital drama is one of the main themes of the novel. Repnin’s encounters with White Russian émigrés and Britons with certain political interests introduce intrigue and espionage as subthemes. And a definite existentialist strand emerges as Repnin contemplates suicide, particularly after his wife’s departure for the New World.

Crnjanski’s focus on exile, migration, and alienation is no coincidence. The novel is partly autobiographical. Born in the Serbian diaspora in what is now Hungary, Crnjanski was conscripted to fight in the Austro-Hungarian army in World War I, and, after being wounded on the Galician Front (in what is now southwestern Ukraine), he convalesced in a military hospital in Vienna. He witnessed the collapse of the Habsburg Empire and Europe’s postwar turmoil up close. Moving to the newly founded Kingdom of Yugoslavia, Crnjanski worked as a teacher and journalist and soon began to make a name for himself as a poet and novelist. In 1928 he joined the Yugoslav diplomatic service and worked as a press attaché at the embassy in Berlin, and was later deployed to Rome. Still active as a writer and journalist, he reported from Spain during the Civil War. When World War II broke out, Crnjanski was evacuated from Rome via Madrid and Lisbon to London, where he lived from 1941, even taking on British citizenship in 1951. Despite his opposition to the Tito regime, Crnjanski returned to Yugoslavia in 1965 and lived out the rest of his life in his beloved Belgrade.

Although Crnjanski’s literary reputation preceded him when he returned, he was treated as something of a persona non grata in socialist Yugoslavia, and his work was not included in the curriculums of schools and universities. The situation gradually began to change after Tito’s death in 1981, and in particular after the breakup of Yugoslavia. Posthumously, Crnjanski received the interest and appraisal he deserved. Today, ironically, things have gone to the opposite extreme: Crnjanski is considered one of the prime figures in the Serbian literary canon and is touted, perhaps excessively, to the detriment of other quality writers who do not fit today’s ultra-nationalist paradigm.

A Novel of London is a pensive, slow-paced book that bears the hallmarks of a masterly, mature author, as well as a number of stylistic eccentricities (e.g., the original’s profuse punctuation). Crnjanski’s Slavophile leanings and his choice of a Russian — rather than a Yugoslav — for the chief protagonist lend this late novel a rather cosmopolitan feeling. Its general mood is evident in the following passage:

The man walking up to the dead-end street obviously knew his way. I accompanied him, invisible, and he asked me: “What’s the time?” “By the clock at Greenwich Observatory,” I said, “which everyone knew a hundred years ago, it’s seven o’clock.” He replied that the years pass quickly. He had turned fifty-three—pyatdesyat tri — and poor Nadya was forty-three. That’s how it is when you’re a foreigner, in a different world. He apologized to me for the street lights being off in the cul-de-sac. London once had municipal lamplighters. Now they were extinguished by an invisible hand. As if it wanted us to remain in eternal darkness. When I see Nadya, I should tell her she looks ten years younger. Displaced persons age fast. Their nose goes one way, and their mouth droops in bitterness. Their eyes bulge. The one needs a lens like this, the other a lens like that. All of life is nothing but change on our faces.

The “I” in the excerpt is the disembodied narrator — not Crnjanski himself, and not an omniscient storyteller, but more of a coincidental, well-meaning contemporary. There is something quaint and ethereal to this “relationship,” which runs through the novel intermittently, without ever being dominant. Perhaps this companion is the sign of a dissociating personality?

Despite its literary significance, the vagaries of reception are such that A Novel of London has only been translated into five languages (Polish, Hungarian, French, Russian, and most recently Italian). Crnjanski and his works seem to have been overshadowed by those of Ivo Andrić, author of The Bridge on the Drina, who was awarded the Nobel Prize for Literature in 1961. A similar neglect has befallen Crnjanski’s Croatian peer Miroslav Krleža, whose significant 1926 travelogue Journey to Russia, for example, was virtually unknown in the English-speaking world. I translated that powerful book and saw it into print in 2017, on the centenary of the Russian Revolution. But there were still many gaps to fill…

The genesis of our forthcoming edition of A Novel of London is a story in itself. I was first introduced to the book by a fellow translator in Germany, who wishes to translate it herself and is still searching for a German publisher. I was inspired and started looking for avenues to have the book published in English. The challenge for proactive translators is that we are often forced into the role of literary agents, hustling to entice publishers and to arrange funds for the translation. Given the novel’s focus on the capital of the United Kingdom, it could and should have been published by a British venture. Equipped with a sample translation, I searched far and wide among British publishers, large and small, but the interest in translated fiction that doesn’t have proven commercial appeal — like, say, contemporary Scandinavian crime writing — is sorely limited. One small, specialist publisher of southeast European literature would have been the ideal address, but she baulked at the size of the novel. Disillusioned by the pusillanimous Britons, I set my sights farther afield, and was ultimately able to entice Diálogos in New Orleans, where publisher Bill Lavender had the mettle to accept the challenge. (Diálogos had already published an anthology of contemporary Serbian poetry, with the intriguing title Cat Painters, in 2016, along with a diverse range of works translated from other languages.) The Serbian Ministry of Culture and Information is fully funding the translation since the writer is of such significance, both in generally literary terms and in the context of the prevailing national canon in Serbia. The next step was for the publisher to obtain the rights from the Miloš Crnjanski Foundation in Belgrade; the institution seemed a little overrun by this sudden interest from abroad but finally agreed to cooperate. In any case, the publishing of this much-loved book in English is a major event, from a Serbian perspective.

Yet the work is not over. Crnjanski’s best-known novel is the compendious Migrations, which has been translated into English. The first volume, Migrations I, was published by Harvill in 1994, in a translation by the renowned Michael Henry Heim. Migrations II has been translated but has yet to be issued. And so, gaps remain… Little by little, however, Crnjanski will gain his foothold in English. It is our hope that the insightful, imaginative, brilliantly idiosyncratic Novel of London will serve as a major step in the process. 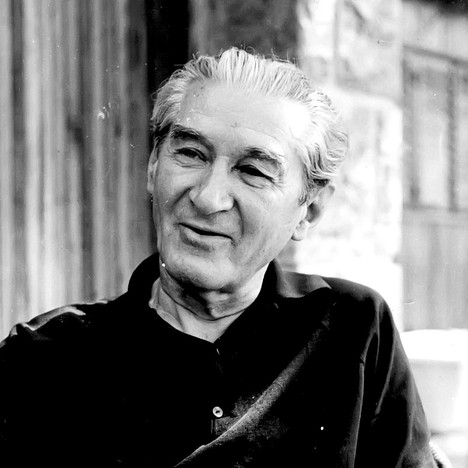