Here are a few things I learned from marrying, having a child with, and then divorcing someone I believe to be a narcissistic sociopath. Given the president-elect’s temperament and actions, I thought these tips might prove useful over the next four years. (For “child,” substitute “country.”)

In the beginning, he will tell you exactly what you want to hear. He’ll tell you everything is going to be great. If it seems too good to be true, that’s because it is.

As the relationship devolves, you will question yourself. What’s “normal” will shift toward something you don’t like or recognize, but when you call out this shift, he will tell you you’re imagining it.

You will learn that things mean only what he wants them to mean and that can shift suddenly and arbitrarily. Some days, up is down and bad is good. It isn’t that he necessarily believes what he is saying. He doesn’t know what he believes, because he doesn’t have a self that is separate from the effect he’s having on someone else. He does want to draw you into a pointless argument so that you don’t have the energy to fight the real battles.

He loves to cite rules and instances where he says you have violated them, but those same rules do not apply to him. There is one set of rules for you, and another entirely unpredictable set for him.

He will falsely accuse you of being and doing many things. At first you will be confused and alarmed, but eventually you will learn how to decode these accusations: If he says you are lying, it’s probably because he is lying. If he says you are endangering your child, it’s probably because he is endangering your child. Even when he appears to be talking about you, he is talking about himself.

He will always be the victim. Something you are doing is wrong and hurting him, no matter what you do, and he can’t believe you would do this to him. Find a few friends you trust implicitly and use them as your reality check, at least in the beginning. Learn to internalize their voices, the ones that say, “No, you are not a meddling unreasonable bitch for wanting to make sure that your ex isn’t doing coke/Ecstasy/meth when your child is with him.”

A certain amount of anger on your part is understandable and healthy, especially if it drives you to action. Beyond that, it will only diminish your quality of life. Also: The sociopath craves your attention, and anger counts as a form of attention, so try not to give it to him. Double that for hate, which takes a lot of energy and gives nothing good in return.

The sociopath will throw a lot of stuff at you to see what sticks. Don’t be distracted. Pay heed not to what the sociopath says/texts/emails, but to what he actually does. Once that is clear to you, figure out your counter move, if one is necessary.

The sociopath hates boundaries, because he is so used to being able to cross/ignore them. Establish yours and work at keeping them intact. Do not feel guilty about it, no matter how much the sociopath tries to shame you for your actions (and he will, directly and indirectly). Your health and wellbeing, and consequently that of your child, depend on it.

Try, whenever and wherever possible, to turn your attention away from the sociopath (he will not like this, he will blame and cajole, he will worm his way into some of your most cherished relationships and try to displace you). Focus instead on yourself and on your child. You may need to cut some people off to make this happen. It will hurt, but given the sociopath’s nature, it is the only way. You will breathe easier for it, and you will be able to maintain a healthy, stable home, which is your primary goal.

Don’t give in to despair. Keep returning to music, art, books, films and friends for relief, and to remind yourself that the world is a bigger and more generous place than the narcissist’s version of it.

Hold him accountable. You may find yourself repeating the same thing to the sociopath over and over, to the point where you question your sanity. That’s okay. Just because he keeps asking or changes his tactics doesn’t mean you have to give him a different answer.

Sometimes he will be extremely nice. You won’t be able to predict when this will happen. Do not let it confuse you or change your mind. Keep your guard up.

He has more energy than you do, or at least he always seems to. Could be mania, could be anger, could be drugs – regardless of the reason why, you have to remember to take care of yourself and remove yourself when it gets too depleting. Do not engage more than is absolutely necessary. And you get to decide what is necessary, because you are the sane one.

Try to find the sweet spot between overreacting and underreacting, which the sociopath, by keeping you off balance and on the defensive, will make it hard to find. Like a pilot in a storm, learn to navigate by what you know to be reliable, i.e., not the narcissist himself but other indicators, like those same trusted friends, or a good attorney.

He will try to put your child in the middle. He will denigrate you and speak ill of you, although he will swear that he doesn’t do that. Don’t do the same. Your child will grow up to understand who is who and what is what.

On the other hand, don’t minimize the hurt that the narcissistic sociopathic parent causes your child, in the hope of preserving some ideal father figure that doesn’t exist. When he tells her she’s a loser and a fuck up, don’t tell her he didn’t mean it, that he really loves her; this creates cognitive dissonance and teaches your child not to trust herself. Simply say that you’re sorry the situation is what it is, you’re sorry that he behaved in a hurtful way, and that she has a right to feel hurt/angry/sad.

The sociopath knows that you are a fundamentally fair and truthful person. He will exploit that, but don’t let that stop you from being fair and truthful. Take the high road. Your child is watching and learning from your behavior.

Don’t worry about the lies he tells other people about you. The people who know you will figure out the truth. The others: Good riddance. If they’re not part of the solution, they’re part of the problem.

Don’t beat yourself up for allowing yourself to get involved with a narcissistic sociopath. They can be very persuasive. Do look back and try to identify the red flags, so that you can avoid them next time. Hope that your child will learn from your mistakes. 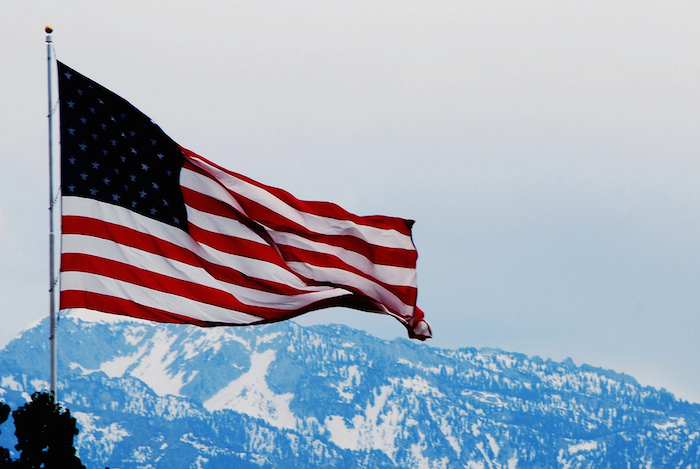