“Being born and raised all my life in Latin America,” Mariana Enriquez said at a recent event,  “horror is a literary language that’s very close to my experience.” Enriquez said that she actually learned this primarily from American writers such as Stephen King and Shirley Jackson: how to transpose the scars and trauma of her surrounding circumstances into a story. In her case, she refers to the dictatorship in Argentina, when between 9,000 and 30,000 people were lifted off the street and never seen again. Enriquez says financial anxiety is another longstanding horror in Argentina, that the middle class in Latin America are terrified of poverty. “Because they know there is no way out of it, and this fear makes you awful, and it makes you a monster.” She asked who are the monsters then: the people or the systems that made them that way?

The reading also featured Enriquez’s divine translator Megan McDowell (who also translates Samanta Schweblin, Lina Meruane, Alejandro Zambra, and many others), and it celebrated the publication in English of The Dangers of Smoking in Bed. This is Enriquez’s second book in English, both collections of horror stories, following the 2017 publication of Things We Lost in the Fire. Still relatively new to English, Enriquez is poised to become a Roberto Bolaño-esque figure of the international publishing world: a writer whose grittiness is mannered, who writes with the calm animosity of the disenchanted, who fits just as comfortably in the pages of The New Yorker (where her haunting stories “Our Lady of the Quarry” and “Spiderweb” have so far been published) as on any radical reader’s bedside stand.

Like Bolaño, Mariana Enriquez also has a deep catalog of books. In addition to these two short story collections, she also has two books of nonfiction, a novella, and four novels — the most recent of which, Nuestra parte de noche, a 600-page book featuring a father and a son fleeing Buenos Aires during the military dictatorship, recently won the Premio Herralde, a major Spanish literary prize. “She’s one of a kind,” Enriquez’s agent María Lynch says. “While [Enriquez] fits into the literary tradition of Argentina, she stands out by herself.” Lynch says that Enriquez first read about the political crimes in Argentina when she was just a child. At that time, Lynch says, “journalists started publishing pieces where they explained what happened during those years.”

Enriquez referred to her story “Rambla Triste,” which features several young people leaving Latin America for Europe. “That’s another fear,” she said, “that your country can’t give you a future.” Growing up, Enriquez said, she read and observed the writers who were mixing horror with politics and the society around them. “Then I had to do my own translation,” she said. “The structure is the same but the content changes with every society or era.” She emphasized the inequality in Buenos Aires: “All societies are inequal, but here it’s very up front.”

With the recent history of the disappeared in Argentina, Enriquez’s horror stories in The Dangers of Smoking in Bed are especially concerned with ghosts and resurrection. In the opening story, a long-dead baby Angelita cries at night until her great grandniece comes and collects her bones. In another, the dead and neglected children of the Raval neighborhood in Barcelona haunt the streets with their stench and take visitors who stay too long as their prisoners. “The kids won’t let people leave,” a friend tells the protagonist, in a frantic state, finally pushing her out the door. “When you try to leave, they make you lose your passport. Or miss your plane. Or the taxi crashes on the way to the airport. Or you get a job you can’t refuse because it’s a lot of money.” Many of the dead in Enriquez’s work are disappeared from the world only to be kept around as the mournfully immortal.

In the magazine Letras Libres, Enriquez writes about the Stephen King novel Pet Sematary, an iconic book about raising the dead. Enriquez received the novel when she was ten years old, a Christmas present from her uncle, and read it almost straight through, stopping only to eat. She says her most vivid reading memory comes from throwing the book on the floor when faced with a particularly brutal page. “When I expelled that book from my hands as though it were a poisonous insect,” Enriquez writes, “I knew that I wanted to write, and I understood the immense power of fiction, how true it could be.”

Enriquez says of her story “Kids Who Come Back” that she set out to simply write an urban detective genre story in a city. But then a friend of hers read it, a daughter of Argentine’s disappeared, and said, “This is a story about someone like my brother isn’t it?” During the dictatorship in Argentina, when many suspected leftist parents were killed and disappeared — many thrown from airplanes into the ocean — they took the babies and gave them to other families. A psychological nightmare of its own sort, Enriquez says that there are human rights organizations that work to find these lost children and let them know their actual identities. “I tried to do an urban detective kind of hardcore thing with a myth from Scotland,” Enriquez said, “Suddenly I’m in 1970s Argentina again, or in 2020 because the thing keeps happening. It’s one of the most referential to the dictatorship stories in the whole book. You try to run away from it, and then you end up closer to it.”

Enriquez brilliantly demonstrates again and again in her stories that horror is fecund turf for political allegory. From an individual to a collective level, we do not often reconcile past traumas, not if they really hurt, and it’s more often with an impassive self-delusion that many damaged people proceed through the world. Of Pet Sematary, Enriquez says, “It is a story about grief: about what happens when living is unbearable but dying is inconceivable.”

Both in surviving and dying, Enriquez’s characters are displaced. “They’re like the spirits in those stories, the ones that move things around in the house at night,” Enriquez writes The Dangers of Smoking in Bed. “They can’t leave. And they learn to live with it.” 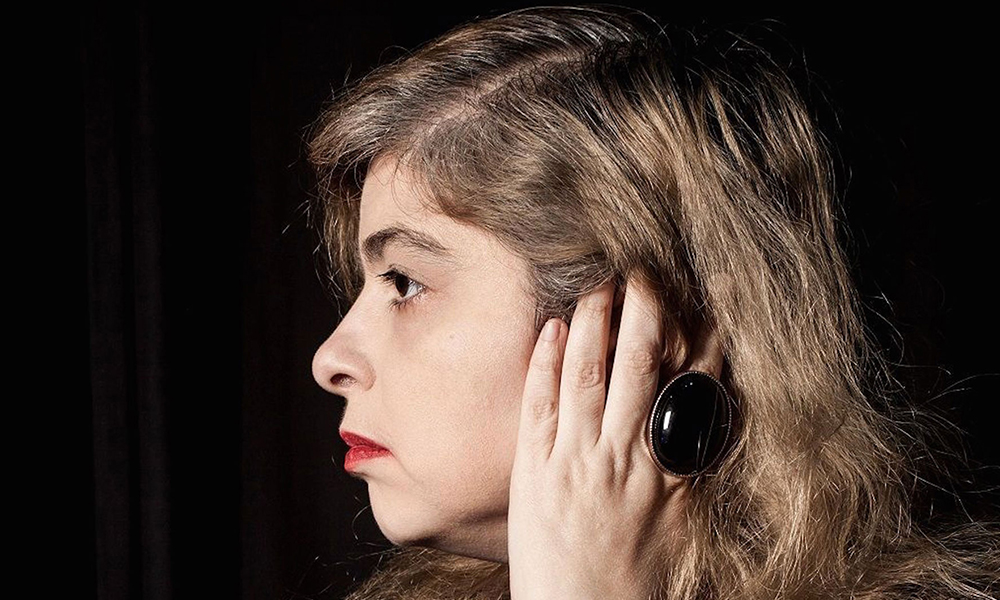