Kelly Clarkson, the Grammy-winning singer, simply wanted to thank service members on July 4th. Natalie Hage, a model, simply wanted to fly to her photo-shoot in Los Angeles. Instead of being the somewhat ordinary events they should’ve been, these occasions turned into direct attacks on these women and their weight.

The responses of both women and their supporters were swift and they put the fat shamers to shame. By now, we have learned to recognize fat shaming. And while incidents of fat shaming bring out the trolls on social media who jump on the fat shaming bad wagon, they also bring out fierce opposition, as they should.

Yet, we allow what I call “thin praising” — praising someone for losing weight or for being thin — to persist. Recently, many media outlets, including social media, were simply giddy about the actor, Jonah Hill’s weight loss. With words like “jaw dropping,” “inspiring,” “motivating,” and #goals,” everyone was in agreement that Jonah Hill’s weight loss was something to be outwardly and vociferously praised. Shonda Rhimes’ recent revelation that people found her “worthy of conversation” after her 150-pound weight loss reveals how entrenched we are in a culture of thin praising, and why we should think twice before gushing over someone for their weight loss.

What’s wrong with praising someone for weight loss?

As a sociologist who does research on and teaches about body image and healthy embodiment, I have had countless conversations with young college students about how beauty ideals get reinforced and what makes body norms so hard to resist. Punishment for not following norms or not living up to an ideal, is only half of the equation. This is what fat shaming falls into — people being ridiculed as a form of punishment for not meeting an ideal body type.

But there is another way that norms and practices are reinforced, and in many ways it’s even more powerful than punishment: positive reinforcement. In the case of beauty norms and practices, this positive reinforcement takes the form of simple praise. Many of my young female students recount their experiences with praise as a motivator for following beauty norms. They describe the interactions they have with their friends on days that they wake up early, fix their hair, put on make-up, and put on attractive clothes. Or they recount the interactions they have when they lose weight. At such times, their friends stop them on the way to class to tell them how beautiful they look, or, perhaps even more important: they tell them on social media. Their friends openly admire their clothes, their hair, and their bodies. The praise, in turn, makes them feel confident and happy. That confidence and happiness shapes their interactions throughout the day. The praise and the resulting feeling of confidence encourages them to get up early the next day and do the same thing.

Both punishment (shaming) and positive reinforcement (praising) reinforce beauty norms that value thin, flawless, usually white or light-skinned bodies, with straight, usually blonde, hair. Shaming and praising, in turn, also encourage participation in certain beauty practices such as dieting or plastic surgery. If we are interested in challenging the narrow definition of an ideal body type and weight, we not only need to put an end to fat shaming, we also need to stop thin praising. For without calling into question the praise we bestow on people for losing weight, fat shaming will persist.

But shouldn’t we acknowledge someone’s hard work and resolve to become healthier by losing weight? The problem with this thinking is that it equates being thin or losing weight with being healthy. To be sure, severe obesity has been linked to several medical conditions. But the latest scientific research on obesity and health is starting to question conventional and medical wisdom that connects being overweight to being unhealthy. In fact, some research shows that being overweight or even being mildly obese actually offers some advantages to patients with medical conditions like pneumonia, stroke, cancer, heart disease and hypertension, and that fat people who exercise are generally healthier than thin people who don’t.

If health were truly our goal, we’d move beyond a narrow fixation on weight and would address an individual’s health more comprehensively. Instead, the laser focus of media and medical professionals on an individual’s weight as a signal of health leads to misdiagnoses for fat people, whose medical problems are misattributed to their weight, and under-diagnoses of serious illnesses for thin people who are assumed to be healthy.

Shonda Rhimes and Jonah Hill lost weight. I am not sure that is newsworthy. But I am certain that shouldn’t be praise worthy. 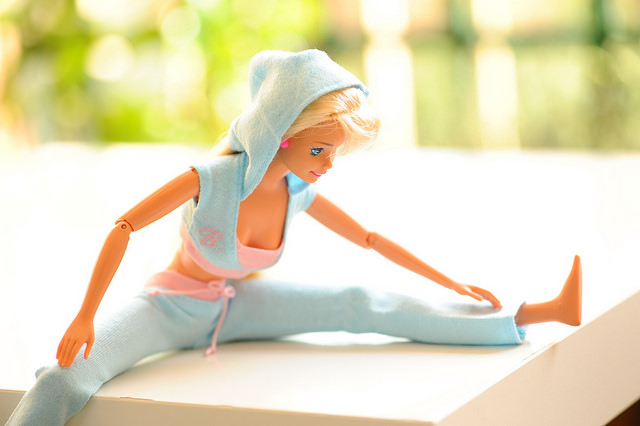