When I turned 15, my family put together a huge traditional birthday celebration for me, a quinceñeara in my mom’s hometown in Jalisco, México. To prepare for the day my mom and I arrived at least two months early. During those long, hot summer days I developed a beautiful friendship with my cousin who worked about two blocks away from my abuelita’s house. Every single day I would sit with her at the shop where she worked and we would listen to Los Bukis and daydream together about our futures, our present, and our crushes. Soon after my party had passed, it came time for me to leave the life I had created in the pueblo. The day that I left, my cousin and I were crying so hard and holding on to each other so tight that my dad finally had to guide me to the car or we would miss our flight back to the U.S. I remember looking, through my tears, out the back window and waving goodbye one last time to her and all that I was leaving behind.

Fifteen years would pass before I saw my cousin again. This time we met up in Los Angeles where I was a doctoral student and, at the time, she was a seamstress working without papers at a sweatshop in downtown Los Angeles.

She made three dollars an hour, worked 12 hour days, six days a week. I tried to talk to her about organizing, about calling the Garment Worker’s Center for support and she balked at me because she felt she had it good. My cousin was grateful to the Korean owners of the shop because they didn’t fire her when she took unpaid days off of work when her baby daughter was sick. Ironically, we lived in the same city, and still shared the same deep affection for one another, but the stark differences in our adult lives exposed a shattering truth.

You see, the main difference between myself and my cousin is the access I’ve been given because of a piece of paper that says I am a U.S. citizen and she is not. The reality is that borders are designed to criminalize migration, not stop it.

In 1848, the Treaty of Guadalupe Hidalgo was signed between the United States and Mexico and, after the Gadsen purchase a few years later, the U.S.-Mexico border, as we know it today, was formed. From then to the present, the line between the two countries has evolved from a line on a map to a powerful divide and associated set of practices of inclusion and exclusion affecting citizens on both sides of the boundary. Mexican workers, since the early 20th century, have provided necessary labor for U.S.-based manufacturers, both within the U.S. (as conquered labor, migrant labor, and “guest” workers) and in Mexico (as maquiladora workers).

Donald Trump took the tragedy in New York to vocalize his support of a merit-based immigration system and the removal of a “diversity lottery” program through which, according to Trump, the driver of the vehicle who killed eight pedestrians in downtown New York, arrived to the U.S. The visa program, also known as the green-card lottery, issues up to 50,000 visas a year to people from dozens of countries, a tiny fraction of the roughly one million green cards the government issues annually.

In many ways this program was a direct response to the Immigration and Nationality Act of 1965 that abolished national-origin quotas and prioritized reuniting families. Some research shows that migration from Asia and the Americas rose while immigration from Ireland and other Western European countries dropped. As such, the diversity visa program excluded applicants from China, Mexico, and India and in the face of the economic crisis of Ireland in the mid-1980s, many Irish citizens applied and were granted visas.

The diversity visa program was also responding to the demographic shift created by the Immigration Reform and Control Act (IRCA) of 1986 which many remember as the Amnesty Bill that gave legal permanent residency to 2.7 undocumented migrants. This history is important because it reflects the power and whims of political actors but fails to acknowledge the consequences and restrictions that such policies place on the movement of people.

Today the Trump Administration is galvanizing support for a merit-based immigration policy introduced in the RAISE Act, where “merits” are usually attached to: education, age, ability to speak, read and write English, anticipated salary from a job offer, investments, and achievements. Not only will this policy keep families like mine apart, it would further create a rhetoric of hysteria around the perceived desirability of certain migrants.

I think about my cousin and know that she does not qualify for any sort of program that would give her a pathway to citizenship. Instead she has to operate in the margins of a labor economy that devalues her and within a social system that practically disappears her existence. Placing a “merit” value system on human lives — and one that ignores an economic world system that shapes migratory flows — is not the solution. 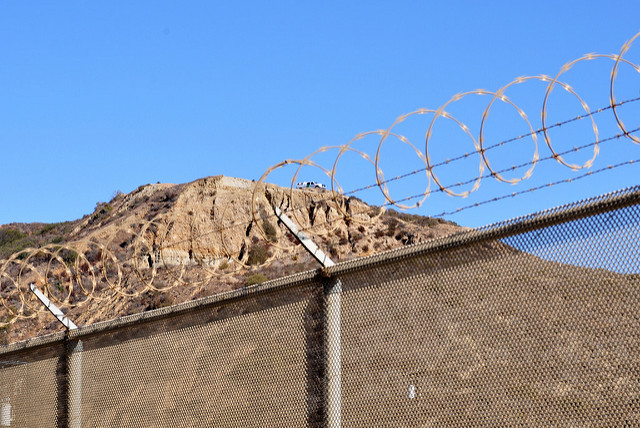