With Stephen Hawking’s death at the age of 76 last week, the public face of science is gone.

Hawking was an extraordinary generator of knowledge, arguably contributing more to our understanding of the early Universe and the behavior of black holes than any other scientist since Einstein. But, perhaps more importantly, he was able to talk to the rest of us in understandable language. Hawking demonstrated how scientists need not choose between being great scholars and great science communicators, but can be — and should be — both. He translated his work into one of the most popular science books ever written, A Brief History of Time, which sold over 10 million copies. Sure, Hawking joked that it was the world’s most unread book and even an index (the Hawking index) has been created to measure the likelihood of a book being fully read. But, whether they opened his book or not, the public knew Stephen Hawking — and for all the right reasons.

In Hawking, the public found someone immensely curious about how nature works, deeply devoted to his profession, and excited to convey his discoveries with everyone who happened to share this Universe with him. He could have shied away from the public eye and waged his 55-year fight with ALS in private. He could have locked himself in his office and done his science behind closed doors, emerging only to share his findings with other scientists. Instead, he invited his fellow humans into his mind, and into the wonderful world of science.

He gave science a face. He appeared on The Simpsons, Futurama, Star Trek, and The Big Bang Theory. He gave science a voice — one recognizable as a playful joke in Knocked up or Malcolm in the Middle to one delivering deep thoughts on the origins of language in Pink Floyd’s Keep Talking (1994).

In Boston in 1999, I sat mesmerized in a sold-out Wang theater (capacity 3,500) as Hawking dazzled us with tales of the Universe and black holes. What I remember most was how an inspired Hawking spoke of all of the things we don’t know about the Universe, and how much more there is to discover. Science wasn’t just about facts and what we do know; it was about questions and what we don’t know. Yet, to Hawking, the unknown was still knowable. The mysterious, understandable.

The internet is worked up over the coincidences of Hawking’s birth and death. He was born on the 300th anniversary of Galileo’s death (January 8, 1642 and 1942). He died on Albert Einstein’s 139th birthday (March 14, 1879 and 2018). March 14th also happens to be Pi day. My guess is that Professor Hawking would be doing the math right now to determine how strange a coincidence this truly is (or isn’t), and might find more delight in his sharing a birthday with David Bowie and Elvis.

Ultimately, however, my fear is that future historians of science will gloss over Hawking’s death happening on Pi day, and note instead how poignant it was that Hawking — the public face of science — died when the mistrust of scientists had reached a new peak. A recent survey found that only 40% of the public found scientists “very trustworthy” to speak about science. The same survey found that a stunning and alarming 81% of the public could not name a living scientist. Of the 19% who could, the most named scientist was Stephen Hawking.

Meanwhile, the Trump administration has not even tried to hide its disdain for science, and for scientists. From the executive wing to the House Committee on Science, Space, and Technology, the evidence for climate change is dismissed or ignored. Biological evolution is not accepted by the Vice President or the EPA director. To the HUD Secretary, the big bang — a topic of study by Stephen Hawking himself — is a fairy tale. Instead of facts, this administration admits to using alternative facts. Hawking said, “The greatest enemy of knowledge is not ignorance, it is the illusion of knowledge.”

For those saddened by Hawking’s death, there are things to do. Recognize the hypocrisy of loving science and utilizing the technological products of scientific insight, while still voting for those who deliberately and openly undermine and underfund the scientific community. Ask yourself if you could answer the poll question: Can you name a living scientist? If so, can you name two? What about five? Or 10? If not, find us — we are your neighbors, and your former schoolmates. Learn who we are and what we are discovering about this extraordinary world we live in. Go to the science section of your local bookstore and pick up where you left off in 1988 when you shelved A Brief History of Time — there is a whole new generation of scientists with new insights and tales of discovery.

I also have advice for my fellow scientists as we mourn the loss of Professor Hawking. For a very few, taking up the torch will mean continuing Hawking’s work on black holes and on a theory of everything. For the rest of the scientific community, taking up Hawking’s torch will mean spending less time in our labs, and more time in K-12 classrooms, in science museums, and on camera — spreading the joy and the process of science to a future generation of scientists and science enthusiasts. 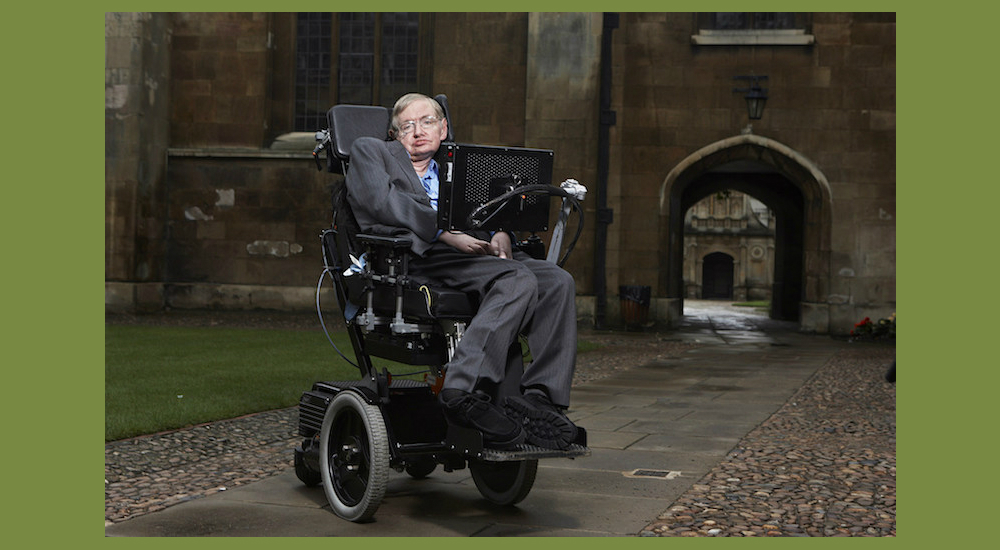