About a year ago, there was a rumor going around that a new app called Facezam could, with 70 percent accuracy, scan a photo and identify any person with a profile up on Facebook. This turned out to be a hoax, but it wasn’t all that far-fetched. We know that anyone with an Amazon Web Services account can tap into its Rekognition suite, which according to the AWS web site “detects objects, scenes, and faces; extracts text; recognizes celebrities; and identifies inappropriate content in images.” Meanwhile the 477 million members of the Russian social network VK can already use FindFace to identify fellow users with little more than your typical face pic. This allegedly doesn’t threaten privacy because only images freely posted on the internet are being mined. Well, call me old-fashioned, but I still find it eerie when Facebook machine-learns enough to suggest who in its 2.2 billion-person realm to tag in shared photos.

I don’t want to set up a VK account (or learn Russian), but I have been curious what I might download from the App Store that will perform a similar service, and I have been wondering whether the proliferation of image-recognition algorithms might change what it means to be a stranger in the world (at least within a certain quadrant of access and privilege). Will strangers as we think of strangers continue to exist, or will everyone eventually be knowable to one another?

I downloaded Face Recognition and Face Finder +, the latter a slight revamped iteration of the former. Spoiler alert: neither works very well, but I knew that going in from the single posted review of Face Finder +: “Worthless.”

Still it was fun to sit in my favorite Los Feliz café and aim my phone at a long-bearded man sipping a late afternoon latte — he himself was merrily scrolling through Twitter — and snap a photo with the app open. The man was not identified, however with an advanced search, some biometrics came up: He was 97% masculine (must be his beard, grrr), 3% feminine, and aged 37. I tried someone else, another man, this one with long inky hair and glasses slipping down his nose, a fellow writer, maybe, tapping away at his laptop. The advanced search measured him as 47% masculine, 53% feminine, aged 23. If nothing else, this app seemed to favor my father’s generation’s ideas about gender: long hair equals girly. The app came up with eight “look-alikes” for him, one of which was Jason Schwartzman, and that was pretty spot-on, I will admit. Presumably the app was plugging into various internet celebrity sites and mimicking other face matching programs, just like the Google Arts & Culture app that pairs your likeness with a famous painting, which I should note seems more accurate than Face Finder +.

I wondered how I’d fare when I took a selfie: I came out 82% masculine, 18% feminine, and aged 12. (I’m older than that.) My look-alikes included mostly Japanese actresses, “Michael Clayton” (which I was excited about given my boyfriend’s fondness for George Clooney), and — you guessed it — Jason Schwartzman. An African-American woman ordering tea came up 67% masculine, 35, and connected only to an array of mostly middle-aged white male celebrities. I wasn’t really surprised given the New York Times report from last February about the MIT Media Lab researcher Joy Buolamwini, who has demonstrated the ways bias can affect the programs used in facial recognition. Buolamwini, who is African-American, discovered that only when she donned a white mask would certain programs even recognize her face as a human face. My review for Face Finder +: “Worthless.”

One hears it said often enough that we live in a world both of accelerated interconnectivity and rapid alienation, but the latter, I fear, is overtaking the former. Various sources claim half of all American adult faces have been captured in law enforcement databanks sorting us into categories, fostering tribalism, and reinforcing a binary understanding of gender. If anything, a mass propagation of digital photographs with an ever-diminishing ecology can only dilute whatever connectivity we will lay claim to and push us farther apart: We encounter more and more imagery of strangers every day, and no matter how much we allow our domestic lives to be seen by friends, no matter how fast the Aristotelian oikos merges with the polos, the rate at which we are inundated with unknowable people is much greater. Also I’d like to point out that currently 5.4 billion people on the planet are not on Facebook.

When I was young, an aunt and uncle returned from a grand European tour and put on a slide show for the extended family. In one sightseeing photo — let’s say it was of the Arc de Triomphe — there was a boy my age or thereabouts inadvertently captured in the frame, off to the side, looking back at my uncle and now, bonjour, staring at me — and who was he? For years I thought about him and wondered if he too had built a Lego Eiffel Tower. I experienced some melancholy because I was, still am, overwhelmed by how enigmatic he seemed. My aunt and uncle didn’t actually meet him — they didn’t even spot him until the negatives were developed. I only noticed the little French boy because I saw myself in him — the shorts, the cocked head, the skepticism. But he was a stranger along with all of the other people my aunt and uncle accidentally caught tossing coins in the Trevi fountain and waiting for Big Ben to strike noon. They were real people, but they were also decoration.

Another memory, thirty years ago, I was wandering the flea market in Lambertville, New Jersey, and happened on a vendor who had likely bought out an entire estate sale for the Roseville pottery and wrought iron finials he could mark up. He’d hauled off a lot of other stuff of much lesser value, but naturally he wanted to see what he could get for it, including a photo album belonging to a woman, presumably deceased, who with great care had chronicled her wedding and resort travel and kids’ pony rides. She wore turbans and sunglasses and smoked. First names were written in silver cursive along with dates and places — but she really was no different than a character in a novel I’d lost interest in and was skimming for plot. I mention the flea market photo album because I’m not sure flipping through it is all that different from going down a Facebook rabbit hole and glancing at the strangers who appear in the photos posted by the acquaintances of my acquaintances.

Reading the morning paper, I used to find it unsettling to scan the faces of refugees who went unnamed in the captions. Now I’m numb to it. Now I’m afraid I’m inured to the way a Facebook friend regularly posts photos of fellow subway passengers without seeking their permission. I’m sure he has the best of intentions in portraying delicate human exchanges — it should bring us closer, all of us together in one weary commute or another — but this covert photo-sharing has the opposite effect on me, bolstering a banal indifference I don’t like very much. Not to mention that this voyeurism is a bit creepy and invasive, although I have not messaged this friend to suggest he might be crossing a moral tropic when it comes to privacy. Perhaps I am ambivalent because I suspect technology can indeed connect us in a meaningful way.

I am thinking now about a friend who through 23andMe and discovered and befriended over a half-dozen siblings she never knew she had (their biological father was a sperm donor); this new family keeps widening and regularly stages buoyant reunions. Or there is the college friend who was able to generate GoFundMe support for the children of an ailing classmate. And then consider Tinder.

Here again the waterfall of strangers, cascading left, cascading right. Here again melancholy coupled with alienation — and when I would look at dating profiles, my loneliness was only exacerbated by the fact that there seemed to be so many eligible men out there, yet The One remained elusive. And yet the whole enterprise was a numbers game, right? The more unfamiliar faces I could swipe, the more likely I’d connect with one man to meet, date, and fall for. Which was how a year ago I met a guy named Chris, who happened to be in Los Angeles briefly for a work event. We texted, we talked, we met in person. He left town, but we stayed in touch every day (thank you, FaceTime), and then I invited him to join me one month later for a second date in Mexico City.

On the one hand, Tinder might be the worst promulgator of stereotypes, of blink-decision making based solely on visual markers, but — assuming you are as open-minded as possible — the more strangers you see, the more likely you are to land on the one who will rescue you from the madding cloud. If you’re lucky the way I’ve been lucky, when the flood ebbs, you might find yourself standing on higher ground with someone who surprises and delights you.

Face Finder + is plain silly: I used it on Chris, and what did I learn? That he is 99% masculine, 1% feminine, and 35. (He is younger than that.) He is former budget director Peter Ország, Kal Penn, and Naveen Andrews. I promptly deleted Face Finder + from my phone. But when an app like Tinder can make a stranger no longer strange, when it can be used to inaugurate an actual human connection, technology can help us find joy. I’ve deleted Tinder, too, but for a different reason: after our Mexico City trip, Chris and I continued to date; seven months ago, he moved in. 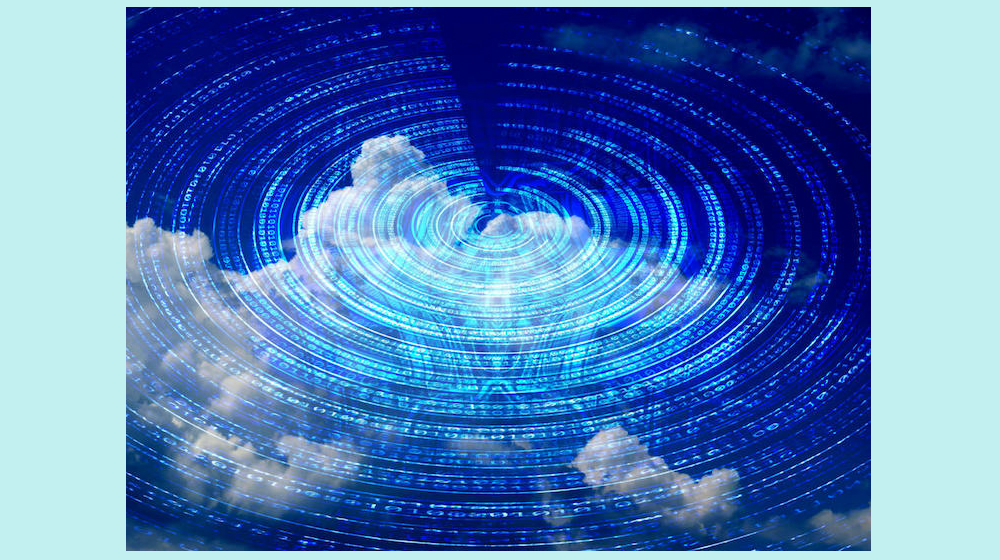