For anyone familiar with the story of the Exodus, it’s rather disappointing to learn of the near consensus among scholars that there is no evidence of an Israelite presence in ancient Egypt. This means there was no 400 years of slavery, no Passover, and no exodus to the Promised Land. There wasn’t even a Moses. In other words, the foundational narrative of Judaism is bunk. That’s why it’s big news that biblical scholar Israel Knohl thinks he can prove otherwise.

Knohl, who is a professor at the Hebrew University of Jerusalem, made his career with his book The Sanctuary of Silence (1992) and its theory of the “Holiness School,” the group who wrote the Holiness Code found in chapters 17-26 of the Book of Leviticus. In his new book How the Bible Was Born, recently published in Hebrew by the Israeli publishing house Kinneret, he proposes a theory anchoring the exodus story in historical fact. That is, Knohl has found evidence supporting the idea that Moses actually existed, and that the exodus was real — though not as we know it.

Knohl’s theory is based on Egyptian documents from the period, “historical hints” in the Bible, and the writings of Mantheo, the 3rd century BCE Egyptian priest whose work we know from being quoted by the Jewish-Roman historian Flavius Josephus. I was fortunate to get a peek at an early translation (a section of which will be published in the Fall 2018 issue of Harvard Divinity Bulletin), and here’s what he’s put together:

The first thing to know is that there was a devastating famine around the year 1200 BCE, give or take 25 years. This famine lasted for about 50 years, and affected the entire Mediterranean region, causing a mass migration of people all over the ancient near and middle East. Most of these groups headed to Egypt, where food could still be grown. War was raging everywhere, with groups like the Philistines migrating from Greece to Canaan, devastating populations on the way.

Knohl believes this crisis is the historical setting of the Joseph story in Genesis 41–47, when there’s a “world-wide famine” and Joseph’s brothers come down to Egypt and are settled “in the best of the land in the region of Ramses.” In the late 13th century, Ramses II was the pharaoh of Egypt. According to Egyptian sources from the same period, a tribe from the Edom region (in the Transjordan north of Arabia) called Jacob-El took their flocks down to Egypt during the famine, and, as starving migrants, served as cheap labor for the building public projects for the Egyptians. Knohl sees this tribe as the biblical sons of Jacob.

About 30 years after the death of Ramses II, his dynasty — the 19th dynasty — came to end. The last ruler of his dynasty was a Queen named Tausret, who died around 1188 BCE with no descendants. An Egyptian document from this time called the Great Harris Papyrus, tells of a “Haru” — a Canaanite, Syrian or Transjordanian from the north — who came and took over Egyptian rule after her death. The document says this Haru brought with him a large group of followers, who objected to the Egyptian gods and their rituals, and that he and his followers ruled the country for a time, exploiting it economically.

There’s also a monument set up by Pharaoh Setnakhte in the city of Yev or Elephantine, in southern Egypt. It tells of how Setnakhte, the founder of the 20th dynasty, battled the Haru who had taken over Egypt, stripped him of power, and ascended the throne in his place. The Setnakhte monument also says that the Haru gave silver and gold to mercenaries he invited from other countries to help him rule over Egypt.

A similar story is told by Mantheo, who writes about a group of so-called lepers in Egypt whose leader was named Osarseph. Mantheo says Osarseph gave the group a new religion that disrespected the Egyptian gods and sacred animals, which the lepers slaughtered, roasted, and ate. This blasphemy was too much for the Pharaoh, who decided to cleanse the kingdom of these lepers. The lepers were attacked, and Osarseph went to Jerusalem to enlist the help of mercenaries. He came back down with tens of thousands of soldiers, looted the Egyptian temples, profaned the idols, and slaughtered and ate the sacred animals.

So there’s a basic agreement in all three sources: A foreign group tried to rule Egypt with the help of mercenaries. They insulted the Egyptian gods and sacrificed the sacred animals. Finally, they and their allied mercenaries were expelled from Egypt. Putting the story these sources tell together with a few key phrases from the Bible, Knohl determines the Exodus was not oppressed slaves fleeing for their life, but essentially a military evacuation of foreign soldiers, after their failed attempt to rule the country.

What are these key phrases? Exodus 12:37-38 reads: “the people of Israel journeyed from Ramses to Succot, around six hundred thousand men on foot, besides children, and a mixed multitude went up also with them.” The word ragli, “on foot,” is only found eleven times in the Bible, and the other ten refer to an explicitly military context to mean infantry soldiers, as opposed to cavalry or charioteers. And what is “a mixed multitude”? The Hebrew word erev means mixed, and when it is used elsewhere, specifically in the books of Jeremiah and Ezekiel, it refers to a military unit of foreign mercenaries. So Knohl thinks this passage means the Israelites went up from Egypt and many foreign mercenaries went with them. This matches Exodus 13:18, which says the Israelites left Egypt not only with wealth, but ready for battle, armed.

Bringing everything together, Knohl boldly pinpoints the exodus to a specific year: 1186 BCE, the second year of Setnakhte’s reign. And he says the “Haru” Canaanite-Syrian leader who despised Egyptian religion and brought mercenaries down from Jerusalem is…? You guessed it: Osaresph, who, Mantheo writes, was also called Moses.

So, to nutshell, Knohl proposes that the Israelites (the Jacob-El tribe) came from Edom to Egypt during the great famine, which began at the end of Ramses II’s reign, around 1225 BCE. After Tausret’s death in 1188, they were led by Moses and his group of foreign mercenary armies, and tried to take over Egypt. Moses and his men lost, were expelled from Egypt, and retreated to Canaan. They left at the beginning of Setnakhte’s reign, in 1186 BCE. That’s a span of about 40 years, from Joseph to Moses.

If accepted, Knohl’s proposal will have many profound implications, and I’ll let the scholars sort all that out. For most of us, however, the take away is that if you attend a Passover meal this year and someone mentions 400 years of slavery, you’ll be able to say, “Well, actually…” and give the table a lot to talk about. 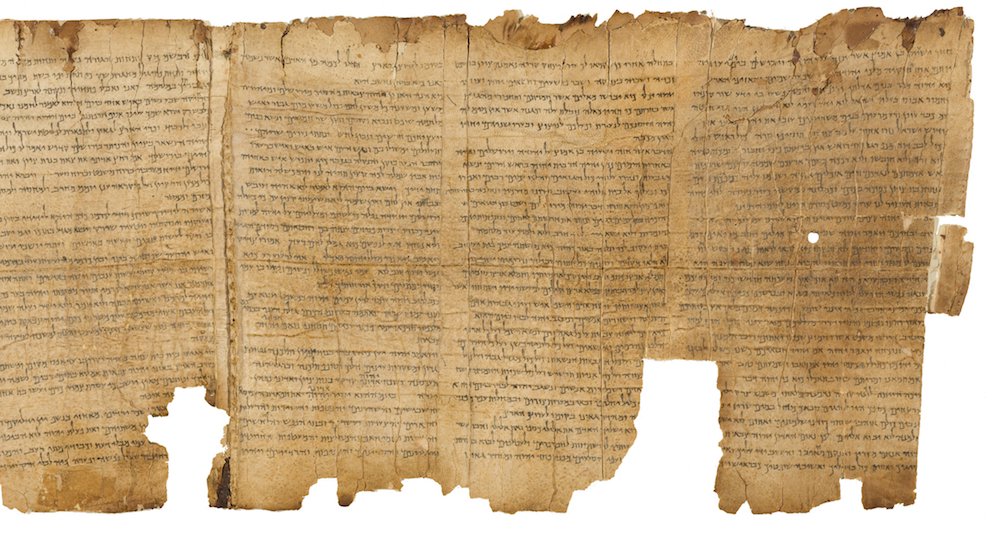