Every morning, I awake beside my two loves — one: my fiancé Alan, a cinematographer; and two: the bright Los Angeles light. The week before the Academy Awards, he and I were disheartened to learn that four technical categories would be cut from this year’s live broadcast, three of which are directly responsible for the visual storytelling we see on the big screen: film editing, makeup and hairstyling, and cinematography. The Academy decided they’d air the four awards online during commercial breaks — to shorten the awards show, improve television ratings, and increase viewership.

Guillermo del Toro tweeted: “If I may: I would not presume to suggest what categories to cut during the Oscars show but — Cinematography and Editing are at the very heart of our craft. They are not inherited from a theatrical tradition or a literary tradition: they are cinema itself.”

The American Society of Cinematographers issued an open letter endorsed by noteworthy cinematographers, directors, filmmakers, and actors, deriding the Academy for drifting from its original mission “to recognize and uphold excellence in the cinematic arts, inspire imagination and help connect the world through the universal medium of motion pictures.”

While the Academy thankfully reversed its verdict three days later, we are far from reaching a place of awareness for the painstakingness that goes into moviemaking, and not just from actors whose names and faces we recognize.

The best way I can begin to explain my appreciation for cinematography is with a question: If you open your eyes right now, what are they drawn to?

For me, on this breezy LA morning, rich with molten sun, palm tree fronds cast shadows on my wall. They resemble long spider legs, gracefully waving. I sit and focus on this, just this.

I wasn’t always so observant. Ever since I’ve met Alan, I’ve learned to live a visually heightened existence. The intentness with which he follows the gentle-moving speck of light on my hand, the wholeheartedness with which his eyes rise up toward the rising moon — it caught on to me. Light is his quiddity.

Some nights we watch movies, but other nights we watch sunsets. When I look at Alan looking at the light, I imagine he’s one of the “kindred souls” cinematographer John Alton talks about in the preface of his acclaimed textbook Painting with Light, “who also delights in capturing bits of light at rest on things of beauty.”

On a date at a restaurant, Alan looked at me as if he were lighting me — because he was. At first I found this strange. But now I am used to it. I watched as he shifted a candle, its wick enflamed, slightly to the right. Like a magician, he opened his napkin into a giant square, made up of six rectangles. He rested it on top of a mini lampshade that protruded from the wall. Still not satisfied, he folded it back and repositioned it, this time horizontally. He breathed a sigh of approval and took a photo. In his image of me, there are warm white circles of light in my eyes that I have never seen in the mirror.

Since that dinner, I’ve noticed the same luminous pools in the looks of friends and strangers. Like my cat sponges up sun from our carpet, I absorb Alan’s wakeful appreciation of light and his equal preoccupation with the dark. I imagine that all the regions of my brain responsible for seeing have begun firing — like a prismatic bouquet of glowing nebula.

Cinematographers were once considered alchemists who held the key to a lucent secret. They were keepers of a hallowed mystique. Through the shrouded chemistry of film processing, they transmuted light to silver. No one knew what the final product would look like, not the directors, actors, nor producers, because they believed in the photo-craftsmanship of the appointed seer. But in recent years, the sovereignty of digital photography and smart phones has devalued the light-keeper’s artifice.

Because cameras can now shoot virtually anything in any light — and because it’s easy and tempting for post-production engineers to tinker with colors and images without considering the cinematographer’s vision, reverence for the profession is fading. Two-time Oscar winning cinematographer Janusz Kaminski, who won the Academy Award for Best Cinematographer for Schindler’s List, bemoaned the matter: “Cinematography is the art of light and shadows, visual metaphors and nuance. That is disappearing.”

What people don’t notice is the best cinematography is invisible. Legendary films such as The Godfather or The Revenant aren’t considered skillfully photographed because they’re stylized—it’s because the lighting is inherent to the story. It’s ingrained as a crucial plot-advancing thread.

Conversely, the defining element of a cinematic story can be the blatant beauty that we see. Alan would only watch The Shape of Water in a theater because it’s not meant to be viewed on a small screen. The viridescent color palette, the sensation of floating — all can be missed on the wrong device. Cinematographer Dan Laustsen intended our eyes to land here, to fixate there. To linger in places we can’t find on an iPhone. In a movie, every turn our eyes take is the result of a careful and deliberate choice.

And so my fascination for how light vitalizes a story grows. A quiet walk on an overcast day makes the candy-cane dahlias and purple-slate hydrangeas pop right out. The light is diffused, full spectrum, non-directional. The contrast of bright on gray makes the colors look lampyridine, like a firefly at night.

Even when Alan and I argued one evening by a streetlight, he invited light in. He pivoted my body so my face appeared dramatic and stark to match our mood. Likewise, he rotates our house plants. As positive heliotaxis would have it, over time, plants lean toward the sun. If you don’t revolve them, the side that’s farthest from the natural light will wilt.

It’s useful to know when to disinvite light as well. “You’re fully lit,” Alan once warned, when I stood in my underwear near the window on a late night with my reading light on. “Anyone standing outside can see you”

Darkness, I’ve learned, can be as poignant as light, in movies and in the stories of our lives. The very definition of darkness is the absence of light. Nowhere on earth can we find it in its absolute form. But we can come close.

“I’m going to take you somewhere that’s going to be so dark, you won’t see your hands in front of your face,” Alan told me one late October, as we drove away from the tedious brightness of Las Vegas to Red Rock Canyon. I didn’t believe him. And when we leaned against his car and saw the sky intensify from glass blue to dark orange, gold and pink — and we watched it dissolve, I still didn’t. Until blackout fell, dense and heavy. I held out my hands, but I couldn’t see them. I couldn’t see anything.

In the anatomy of our retinas, rods sense luminosity, cones sense color. There are more rods in the eye’s edging than in its center. That is why Aristotle reportedly observed the faint star cluster known as M41 with averted vision, a technique involving one’s peripheral sight. He looked off to the side, but continued to focus above him.

Alan told me the Pleiades were visible only in this way because they were far and dim. I didn’t doubt him. I looked to the right, while focusing up.

All of a sudden, a cluster of seven crystals shone in the darkness. And when I looked right at it, it disappeared.

It is my hope that more people will cultivate a deeper appreciation and understanding of what we see, in movies and in the narratives of our lives, and not just passively watch. Just the little bit I’ve learned about cinematography from Alan has expanded my life by what feels like another dimension, a remarkably visual one.

At the 71st annual Writers Guild Awards in New York on February 16 — a day after the decision to eliminate the four categories from the live broadcast of the Oscars was reversed, Cuarón said, “I think it is important to start calling and even changing the definition of technical categories as art versus not being art. We are talking about artists.”

The next time you watch a movie, take note. Watch how the light falls on an actor’s face. See how the dark heightens the story. What conflicting emotions do you see in the glint or gleam of someone’s eyes? How does what you see intrigue you to know the inner life of a character? How does it help you to better see yourself? 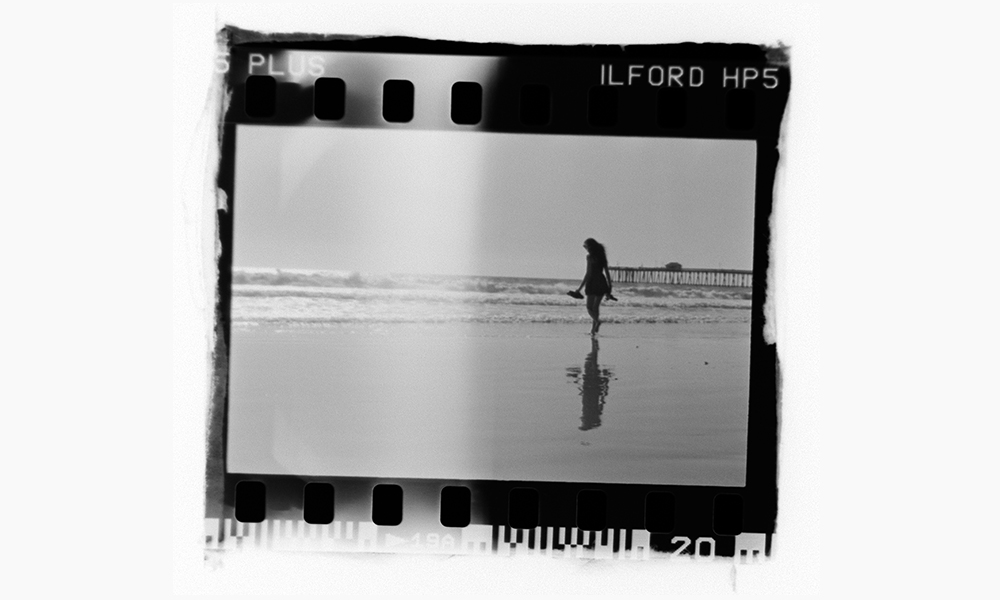