In 1852, the Indian mathematician Radhanath Sikdar became the first person to accurately measure Mount Everest, known until then as Peak XV, which the British had been trying — and failing — to do for decades. Two years later, Harachandra Ghosh, Sikdar’s friend from college, was elected judge in the Small Causes Court, the first Indian to hold the position in Calcutta (now Kolkata) under British rule. Around the same time, a third contemporary from their undergraduate years, Ramgopal Ghose, was earning a fortune overseeing the first “indigenous” import/export business of its size, trading in, among other things, Burmese rice.

These three men — a mathematician, a lawyer, and a businessman — were among the luminaries who gave rise to the Bengal Renaissance. A century of intellectual, political, and social transformation, the Bengal Renaissance also sparked some of the earliest flickers of what would become the Indian Independence movement.

Most interesting to me about these three men, though, is the professor they once shared. Henry Louis Vivian Derozio (1809 – 1831) was just 17 when he began teaching literature and history to Bengali undergraduates in 1826, at what was then Hindu College, now Presidency University. The son of an Indian father and a British mother (who died when Derozio was little), he proudly considered himself “native.” After initially gaining recognition as an adolescent poet prodigy, publishing sonnets in English in local newspapers, Derozio came to be known as something of an enfant terrible among the 19th-century Calcutta intelligentsia.

Two hundred years later, his place in Indian history remains controversial. But it is in the future of higher education that Derozio’s impact strikes me as salient — not because he ushered “Western” thought into a Bengali context, but rather because he taught from a confluence of traditions. Opening his students up to different ways of thinking, Derozio emboldened them to question what was in order to reimagine what may be.

I was first introduced to Derozio while on a research fellowship in Kolkata in 2019, where I was also teaching a writing class at Presidency. As an American educator, I have long operated under the belief that the liberal arts nourished democracy. As philosopher Martha C. Nussbaum has crystallized, interdisciplinary study can foster self-reflection, elucidate global citizenship, and help students develop a “narrative imagination,” by which we all might learn to recognize, across history and around the world, our shared humanity.

And yet, in my American classroom, I struggled. Semester after semester, the majority of my own students seemed, increasingly, to echo back the larger culture of consumption in which they’d been raised, at once skeptical of and baffled by the charge to think outside of profit or product. Since the 2008 financial crisis, in particular, dramatic drops in enrollment in English and History departments nationwide both reflected and accelerated the misperception — from students and administration alike — that an undergraduate education was something to acquire rather than something to earn. And that anyone who said otherwise, namely professors, did so out of a misguided, liberal “agenda.”

So it was that I arrived in Kolkata looking to fortify myself, to reignite my understanding of the possibilities and responsibilities of higher education. Presidency University’s long list of notable alumni includes filmmaker Satyajit Ray, literary theorist Gayatri Chakravorty Spivak, and two Nobel prize winning economists, Amartya Sen and Abhijit Banerjee, among many others. But the institution’s dynamic character goes back to its inception — to Derozio’s time. As literary scholar Rosinka Chaudhuri explains, the college was founded in 1817, as Bengalis demanded a “government-recognized institution that would not merely give them the rudiments of English grammar, which was easily available in the open market, but the same standard of English education that liberal gentlemen in England received.” Ever since, much like Kolkata itself, Presidency has thrived as a cosmopolitan locus of ideas, empowerment, and resistance.

And it was here, along the arched, open corridors, that I first came across Derozio’s name and portrait, on a tiny plaque that described him as a “poet, patriot, and free-thinker.” Yet he was forced to resign after only a few years of teaching. Intrigued, I couldn’t help but imagine a 19th-century precursor to RateMyProfessor.com, the demoralizing Yelp of higher ed. Like so many American college instructors, I’d been worn down by my untenured vulnerability, by the fear that doing my job — challenging my students — could also cost me my job. Despite or likely because of Derozio’s unpopularity, his students went on to change the course of history. And I wondered what Derozio might teach me, two hundred years later, about the significance of the liberal arts.

As a boy, Derozio had been educated by David Drummond, a progressive Scottish educator, whose Calcutta school was briefly open to European and Indian children alike and where the curriculum emphasized the Scottish Enlightenment. As a result, Derozio grew up versed in the philosophy of David Hume, who championed skepticism. Thomas Paine’s The Rights of Man would also prove an instrumental text for him, a defense of the French Revolution, addressed to George Washington, denouncing aristocracy and slavery.

Similarly influenced by the poetic forms of the Romantic era, Derozio wrote in English but evoked notions of India’s former “glory.” As Chaudhuri argues in her 2002 book Gentlemen Poets in Colonial Bengal: Emergent Nationalism and the Orientalist Project, “This minor poetic tradition was a site, however unlikely, for the emergence of a modern Indian identity.” Derozio’s sonnet “To India, My Native Land,” for instance, remains celebrated in India for its opposition to being “chained down,” inferring the injustice of colonialism. In the early 19th century, this imagery and its implied Indian unity, in contrast to British rule, created new facets not only of poetry, but of dialogue and debate.

These ideals, of critical inquiry and opposition to tyranny, also drove Derozio’s classroom teaching. But this study of literature and history was not, as Dr. Swapan Chakraborty, a recently retired Distinguished Professor of Humanities at Presidency and formerly the Director General of the National Library of India, explained to me in his office one blistering April afternoon, a “withdrawal into the self,” as the study of the Humanities is often perceived in the US today, “but rather an opening out.”

“We had a concept of jati, of ‘race and caste,’” Chakraborty continued. “But in Derozio’s time, there was not yet the concept of jatirashtra, the nation-state. He taught the history of French Revolution so his students could get the idea to reclaim nationhood.”

In the late 1820, what unfolded under Derozio’s guidance remains both scandalous and remarkable.

Several of Derozio’s students, including Sikdar, Ghosh, and Ghose, formed the “Academic Association,” a debate club in which they argued over the very questions raised in their literature and history classes, questions of equality, morality, and human rights. The Academic Association published journals as well, in English and Bengali, which encouraged public discourse and began to challenge some aspects of colonial rule, such as forced labor, and to advocate for freedom of the press.

But the Derozians (as they became known) also began to challenge the inequity within their own culture. Among wealthy, upper caste Bengalis of that era, arranged marriage for pre-adolescent girls was common, as was caste discrimination against “untouchables.” In bold defiance of such practices, the Academic Association shared meals with people of other religions and castes and agitated for the education of women. Most notoriously, some members ate beef in defiance of strict Hindu orthodoxy, which then, as now, remains taboo.

Bengali high society was outraged, and Derozio was blamed. Fearing for the fate of their enrollment, the Hindu College administration denounced Derozio, who resigned in April of 1831 and succumbed to cholera later that year. Deemed an apostate, Derozio was denied a grave at the South Park Street Cemetery, where his headstone still sits outside the front gates.

Derozio died before he was able to see what his students went on to achieve. But I have been galvanized by their story, not least of all for the light it may shine on recent American conversations about what does or does not constitute a patriotic education.

In September of 2020, then-President Trump, blamed the summer’s social justice uprisings, in the wake of the police killing of George Floyd, squarely on the shoulders of academia. “Left-wing rioting and mayhem are the direct result of decades of left-wing indoctrination in our schools,” he said. Though despotic attacks on academics and writers are nothing new, Trump’s speech reflects a broader conservative distrust of all education, particularly at the college level. According to the Pew Research Center, in 2019, 59% of Republicans believed that colleges and universities were having a “negative effect” on our country, up from 37% in 2015.

Fortunately, Trump’s 1776 Commission, has already gone the way of his Twitter account. But after decades of defunding and devaluing American education, at every level, restoring both access to college and American confidence in why higher education matters will require a much broader effort. An effort in which critical and interdisciplinary study is not dismissed as frivolous but valued as essential.

Radhanath Sikdar did not develop new dimensions of geometry, trigonometry, and our understanding of the planet’s physical terrain simply because he’d studied David Hume. Ramgopal Ghose did not become a successful businessman and a champion of girls’ education only because he’d read Shakespeare. Harachandra Ghosh did not help create a more efficient and accessible judicial system just because he’d debated the ideals of equality that drove the French revolution.

And yet, it is difficult to believe these men would have made these same accomplishments without Derozio’s teaching. “He has been the cause and the sole cause of that spirit of inquiry after truth, and that contempt of vice — which cannot but be beneficial to India,” Radhanath Sikdar once wrote of his former teacher.

Derozio encouraged his students to ask pointed, uncomfortable questions of themselves, each other, and the very history of which they were then part. In the process, his students came to see one another as citizens of a country that did not yet exist. More than anything, Derozio reminded me of the long view educators (and education) must take of their students, in which advocating for a more just future provides, arguably, the most patriotic education of all. 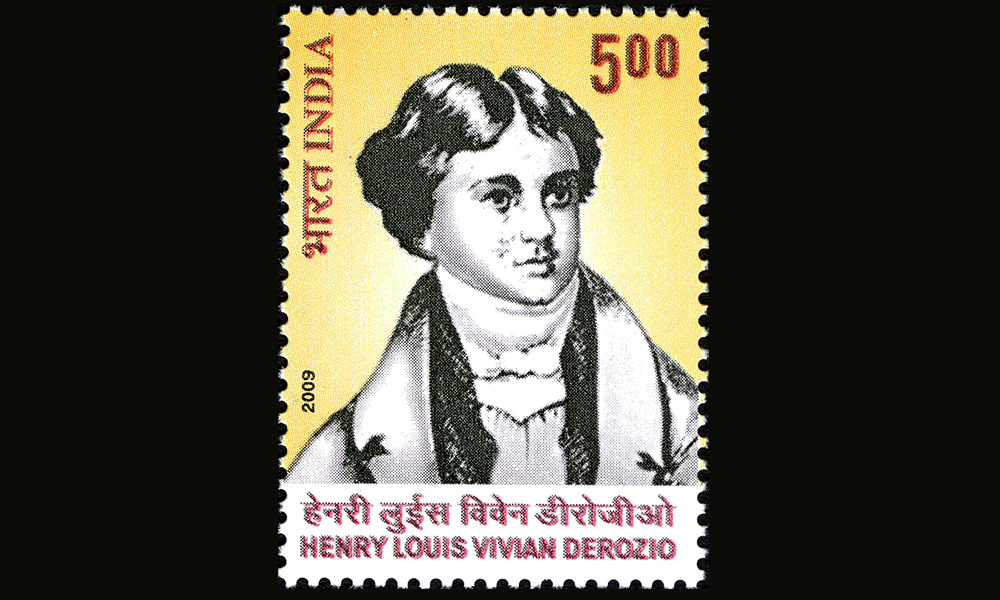