The first joke in Emo Philips’s 1987 special, Live at the Hasty Pudding — after the physical joke of his appearance, lithe and spindly, hair cut in a long black bob, almond face, wide eyes and waistcoat — is the joke about Jimmy Peterson.

“The weirdest thing happened today,” Emo whines. “Walking down the street, I say to myself, ‘That’s Jimmy Peterson; I haven’t seen him since the third grade.’” Emo swoops over and slaps his friend on the back — “How’s it going, you old moron?” — knocking him to the ground, where he screams, “Mommy! Mommy!”

“Wait a second,” Emo muses, “if that’s Jimmy Peterson, he’d have grown up, too.”

I fell in love with Emo Phillips in the 1980s, watching him on British TV, lost track of his career for 30 years, then saw him live at the last two iterations of the Boston Comedy Festival. I was 11 years old in 1987; I am middle-aged now. Has Emo Philips grown up, too?

On stage at the Regent Theatre in Arlington, 2018, and at the Rockwell in Somerville this fall, he looks at first the same. Emo is as thin and wiry as ever. He wears the same clothes and has the same voice; the wobbling falsetto, legato delivery, and physical fidgeting are unchanged. His themes are constant: absurdity, religion, childhood trauma. He is still reflecting on his parents at 63: “My father,” he reminisces, “…a loving man… a generous man… a kind man… all walk into a bar.”

And yet he is transfigured. His skin no longer smooth, Emo has the careworn face and tired eyes of an older man. The shabby coat and vest suggest not beatnik eccentricity but homelessness. “You are really cheering me up,” he says to the audience, repeating an old refrain, but now he seems genuinely sad. Emo speaks more slowly and takes longer pauses than he once did.

I have been thinking a lot about getting old these days. Three years ago, I published a philosophical guide to the struggles of midlife: the inevitability of regret, the sense of futility in striving for success, and the looming proximity of death. It was a book not just for the middle-aged but for anyone coping with the irreversibility of time. It said much less about the medical indignities of aging. Since writing it, they have become more vivid to me, as my health declines and my mother struggles with early-onset Alzheimer’s.

Watching Emo on stage now is a bit like looking at my own face in the mirror at 44. On the rare occasions that I do, I can still make out the 11-year-old me. My whitening stubble, smudged eyes, and double chin are superimposed on the unblemished features of a boy — like an Instagram filter for middle age. Emo emits the same uncanny aura of identity and change. Young Emo was childlike; old Emo is avuncular, wise — he is Mister Rogers in Bizarro World. Emo sheds his waistcoat, drapes it on the mic stand, thanks us for being his friends. When he lands a joke, his hands float by his face in astonished celebration.

Emo’s satire has become gentler over the years. In 2005, an extended bit from his first album E=Mo2 was voted the funniest joke about religion ever. It begins with Emo meeting a man on a bridge who is about to jump; it ends with the line: “I said ‘Die, heretic!’ and pushed him over.” There are jokes about religion in the recent shows, but the best are extravagantly mild. “Science can only give us part of the glorious picture of the cosmos,” Emo now concedes. “We need religion to make up the rest.”

Old Emo is a sage, a man who has aged into compassion. God knows we need his sympathy, confronting a global pandemic, climate change, and the revival of fascism. But the pity was there from the start. The boyish Emo needed us as we all needed him; old Emo needs us, too. He is a double of himself. When we look at him, we can see growth and change or continuity and kinship: the common vulnerability of childhood and old age.

In the Rockwell show, Emo’s doubling was made tangible. About halfway through, he was joined on stage by an Emo impersonator — actor and comedian, Erin Maguire — who performed five minutes of old material, ending with “Die, heretic!” Emo watched her joyfully and watched us watching her, as we watched him watch his doppelgänger being watched by us. Though it might seem narcissistic, there is generosity in this self-love, a celebration of Emo as archetype, incarnate in others and in us. I think of Simone Weil in Gravity and Grace: “To love a stranger as oneself implies the reverse: to love oneself as a stranger.” When Emo tells us jokes, we are really cheering him up.

Emo’s audience has always been mixed-age. It hasn’t grown older; instead it’s been renewed. At the Rockwell, there were boomers who have followed him for decades wearing antique Emo shirts, together with millennials who are finding Emo now; the youngest audience-member was 14. Emo reflects us all, his younger self enduring under wrinkles and wry smile.

Like it or not, his comedy instructs us, we are ourselves at every age, like Jimmy Peterson, no longer in third grade, or me at age 11 and 44. We can neglect or regret the heedless passing of time. Or we can use it, like Emo, as a lever for self-love, the kind that comes from finding the stranger in oneself, the boy in the mirror or the old man he might become. Emo Philips was born on February 7, 1956, two decades before me. If I make it to the age that he is now, he’s unlikely to be performing; a decade after that, he’s unlikely to be alive. It isn’t easy to accept that this will end, that we must make room for the lives of others, our impersonators. I sometimes wish I could be young again. At other times, I am glad to have been born — like Emo’s older audience-members in 1987 — “at a more comfortable distance from the apocalypse.” 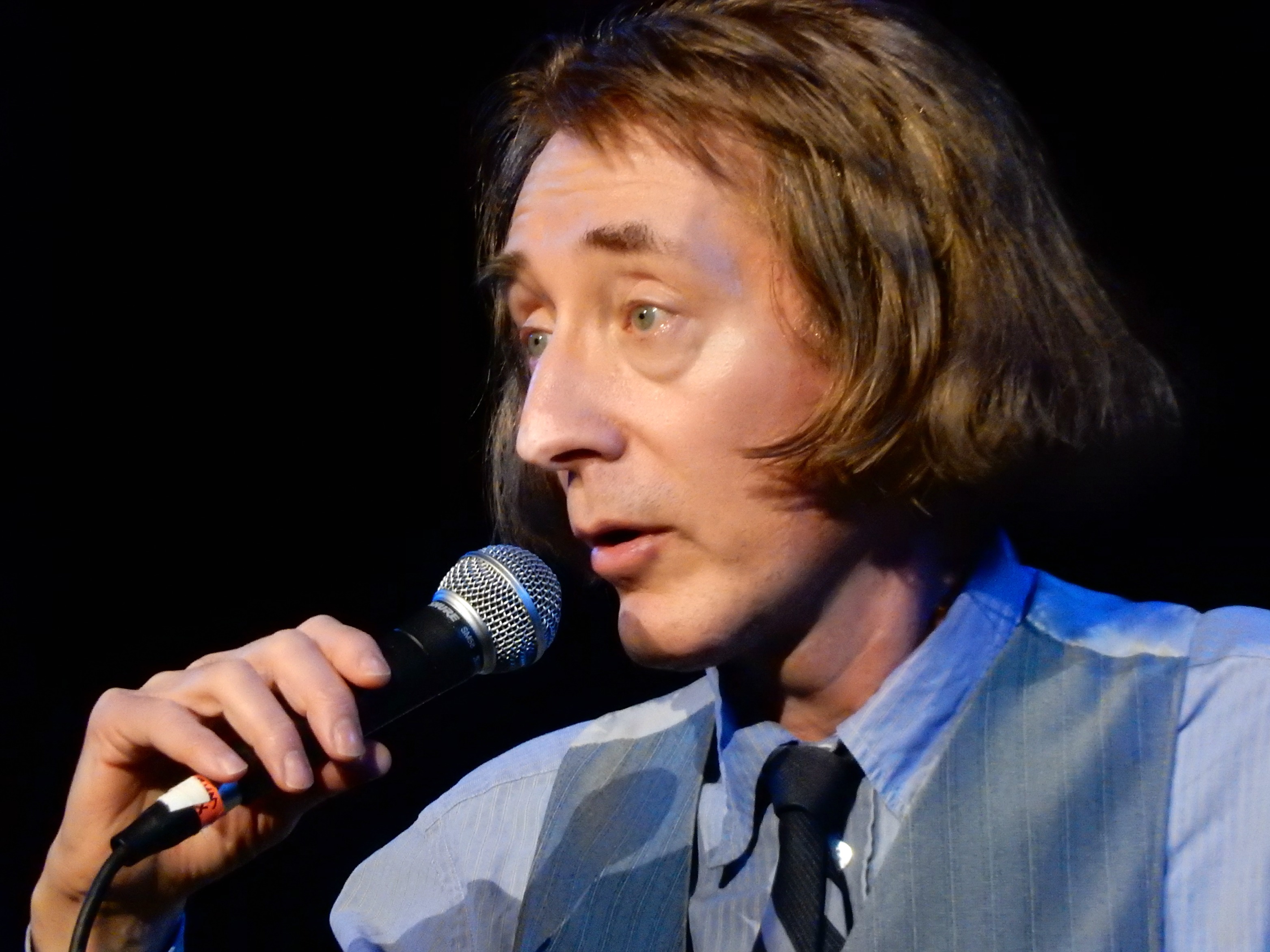