The revelation of Elena Ferrante’s real identity — she is, allegedly, the Italian translator Anita Raja — by the Italian investigative reporter Claudio Gatti has provoked outrage and dismay from journalists and literary critics. Many feel that Gatti’s violation of Raja’s pseudonymity is an unethical attack on her privacy. We agree. Whatever Raja’s reasons for desiring to remain pseudonymous, her wishes should have been respected, at least during her lifetime. The “exposure” of Raja as Ferrante did not serve the sort of compelling public interests that might have justified the invasion of her privacy.

Unfortunately, the critiques of Gatti’s article have conflated ethical arguments for respecting Raja’s privacy with literary-critical arguments that there is no good reason to know an author’s identity. The result has been a theoretically incoherent attack on biographical criticism as such, informed by a defective understanding of the role that authorship plays in structuring the experience of reading novels. In the London Review of Books, for instance, “Anonymous” asserts flatly: “There’s no value in revealing Elena Ferrante’s ‘true identity.’” They go on, “The biographical instinct is an attempt to understand how the trick of fiction works, because, when it does, it constantly recedes before our reach. We don’t answer the question of a work of art by knowing that the author likes oranges.”

These confident-sounding claims (which, if raised to the level of a general principle, would prohibit all biographical criticism whatsoever) are plainly untrue. There is plenty of value for literary history in the knowledge, for instance, that the author of The Neapolitan Tetralogy is also the Italian translator and friend of the late German writer Christa Wolf, also a writer of Kunstlerromans that feature unreliable, disintegrating female narrators. Think of the books and articles that can (and will) be written on the relationship between Ferrante and Wolf, the intertextual allusions within the Neapolitan novels that may now be made accessible. We can’t know ahead of time which biographical details will or won’t inform our criticism, but there might even be value in learning about those hypothetical oranges. What an author ingests needn’t be off limits. Surely we’d read Ernest Hemingway differently if we learned that, contrary to reputation, he was a strict teetotaler. In an eloquent essay on Henry James’s intense preoccupation with interiors and exteriors, the late Eve Kosofsky Sedgwick gets impressive interpretive mileage out of James’s lifelong chronic constipation. All of this information enriches our understanding of the novelist’s art.

Yet literary journalists who seem hell-bent on throwing the baby out with the bathwater have concocted some very curious claims about both the practice of biographical criticism and the cultural status of novels. David Marcus, the literary editor of The Nation, tweeted that Gatti’s exposé is “the v opposite of good lit analysis, which finds meaning in the common mysteries of life not an author’s real estate.” (The reference is to property records used by Gatti to confirm Raja’s identity as Ferrante.) In a similar vein, Aaron Bady at The New Inquiry suggests that there’s something grubby and pointless about the accurate attribution of authorship: “They [Gatti and co.] are aiming small; she [Ferrante] is aiming big. They want to play with individuals and dates, like speculating who Homer was. Meanwhile, she wrote an epic.”

Bady’s casual slur against classicists interested in “who Homer was” is instructive. The “Homeric question” is one of the most fascinating and productive research agendas in literary history. It involves problems of oral-formulaic composition (the process by which oral poets improvised poetry) and textual reception (how that improvised poetry was circulated through writing). The question of Homer’s identity has led generations of critics and scholars — not just classicists — to think hard about foundational problems of interpretation. To what extent do readings of a literary text depend on the postulation of a unitary “author” whose intentions we can infer? What might change if we discover that a text formerly thought to be the work of a single author turns out to be the work of multiple hands, or even a tissue of oral formulae, composed or transmitted by many hands or mouths? In dismissing those interested in Ferrante’s identity as “aiming small” — while Ferrante, like Homer, “aim[s] big” by “wr[iting] an epic” — Bady papers over some the most interesting problems in literary history and theory with defensive mystifications about the Awesomeness of Art.

Equally misguided are claims about Ferrante’s special immunity to biographical criticism. In n+1,­­ Dayna Tortorici finds Ferrante’s objection to “biographical criticism” “simpler and more conservative than its antecedents: the New Critics’ ‘intentional fallacy’ and the post-structuralists’ theory of the author-function. For Ferrante, an author’s absence merely restored the basic conditions of literature to the public: it enabled the writer to write and the reader to read.”  This formula is appealing and elegantly phrased, and it places the resistance to “biography” so confidently asserted by “Anonymous” of the LRB in its proper critical history. We confess, though, that we would have trouble recognizing a period during which what Tortorici calls “the basic conditions of literature” ever existed. Like many twentieth- and twenty-first century authors, Ferrante has inherited a set of objections to biographical readings of her own work largely drawn from the doctrines of the American New Criticism of the 1940s and ’50s. That is her right — it makes her, if anything, typical. But from at least the 18th century on, the reading of novels has been inextricable from the development of ideas about authors — from the experience, that is, of biography, however fantasized, projected, or invented. Contrary to Tortorici’s implication, the “theory of the author-function” (at least as developed by Foucault) in no way expels biographical considerations from the interpretation of texts. In fact, it describes considerations of “the author” as central to encounters with literary texts. “We now [from the “seventeenth or eighteenth century” on] ask of each poetic or fictional text: From where does it come, who wrote it, when, under what circumstances, or beginning with what design?” Foucault writes in “What Is An Author?” “The meaning ascribed to it and the status or value accorded it depend on the manner in which we answer these questions.” Foucault is not making rules for criticism, here; he is simply describing a state of affairs, one still very much with us.

All of this is to say that Ferrante’s readers were engaging in “biographical reading” well before Gatti’s exposé, because that’s simply part of what reading novels in our culture entails. In The New Yorker, Alexandra Schwartz writes that Ferrante’s pseudonymity permitted a magical equality between writer and reader that will be vitiated by knowledge of her identity: “The author knows nothing about you, and yet you feel that your most intimate self has been understood. The fact that Ferrante has chosen to be anonymous has become part of this contract, and has put readers and writers on a rare, equal plane. Ferrante doesn’t know the details of our lives, and doesn’t care to…We meet on an imaginative neutral ground, open to all.” This is beautiful and compelling, but it may not describe quite what it thinks it describes. Schwartz, of course, “knew” — or thought she knew — a great deal more about “Ferrante” than Ferrante knew about Schwartz, because the liberating experience of pseudonymity does not prevent a reader from making assumptions about an authorial presence. (This is something Ferrante knowingly plays with when she uses the same proper name, “Elena,” for both her authorial pseudonym and her narrator, thus creating and sustaining the fantasy of radical authorial self-exposure across all four novels.) Schwartz has not met Ferrante on a ground of equally distributed mutual ignorance. Rather, she has undergone the special pleasure of Ferrante’s careful manipulation of the author-function. To thrill to the magical possibilities of a pseudonym is not to avoid the biographical. It is to undergo a special variation on it.

Again, these claims do not cancel objections to the ethics of Gatti’s investigative reporting. They are not an apology for the invasion of Raja’s privacy. Rather, they are a plea to keep the ethical, legal, and journalistic issues of privacy, publicity, and consent separate from the literary-critical issues of pseudonymity, authorship, and biography. In confusing ethical with literary-critical objections to Gatti’s reportage — in insisting that “There’s no value in revealing Elena Ferrante’s ‘true’ identity” — Gatti’s opponents rely on a Frankenstein’s monster cobbled together from New Criticism, misapprehended “death-of-the-author” theories, political righteousness, and oddly resuscitated mystifications about literary genius. If Gatti is to be called to account for his actions, the ethical case needs to stand on its own; its force should not be made to depend on aesthetic criteria. Critics of Gatti should stick to the ethical case and leave the literary-critical one alone.

[CORRECTION: An earlier version of this article had wrongly described Raja as German-born.] 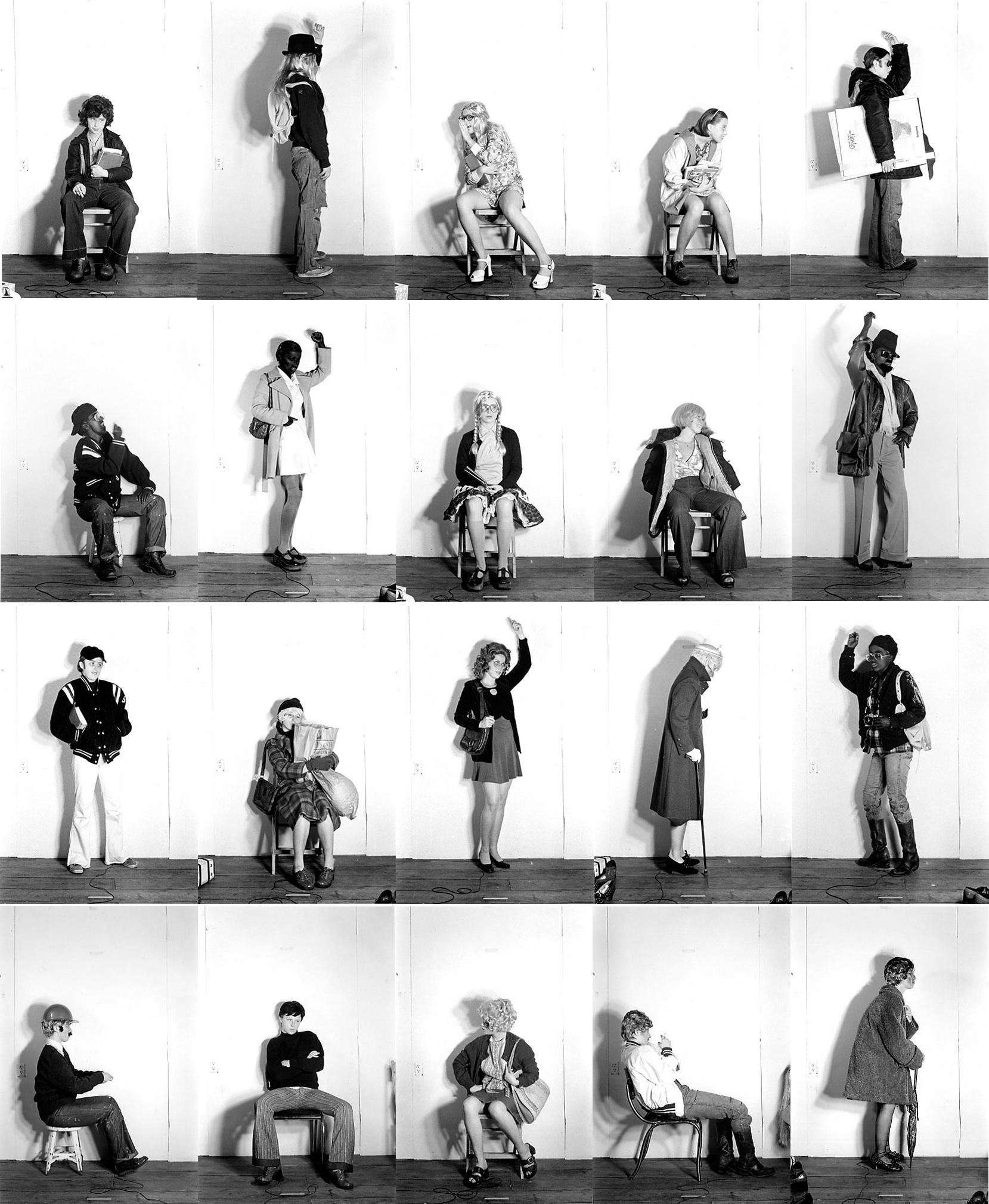