Edith Wharton’s The Custom of the Country, published in 1913, seems coolly prescient of a corrupted and corrupting Trumpian worldview, where money is the standard by which all other virtues and values are judged. Wharton’s anti-heroine Undine Spragg springs from this soil — ruthless, repugnant, and vacuous — a fictional female equivalent of Donald Trump.

The novel is Wharton’s most satirical, and her prose is scathing. Consider Wharton’s description of Undine’s suitor, Peter Van Degen, who has a “grotesque saurian head, with eye-lids as thick as lips and lips as thick as earlobes,” and “the face of a covetous bullying boy, with a large appetite for primitive satisfactions and a sturdy belief in his intrinsic right to them.”

Ambitious and greedy, Undine Spragg — note her initials: U.S. — comes from the fictional city of Apex, which is somewhere in the Midwest, but unimportant now that Undine’s mounting New York’s social ladder, two, three, four rungs at a time. The selfsame vicious climate that brought Lily Bart’s downfall in The House of Mirth, due to her conflicting ingrained integrity, proves fortuitous for Undine, who has no morals.

Along with Undine’s forthcoming first husband, who will go on to commit suicide after Undine leaves him, the reader finds out that Undine is not named after the legendary water nymph, which gains a soul by marrying a handsome knight, only to reach a tragic end. She’s named after a patent hair-curler that made her father money. He put it on the market the same week she was born. “It’s from undoolay,” Mrs. Spragg explains, “you know, the French for crimping…”

A liar and a cheat, Undine is incurious, unintelligent, and recklessly extravagant. She loves gauche glittery displays of wealth, like a crow enraptured by shiny objects, accumulating them, wanting more; and her greatest passion is her ego, which craves constant amusement.

In a society that revolves around money, that makes women ornaments and enemies of one another, and that dehumanizes people, Undine is “a monstrously perfect result…the completest proof of its triumph.” Her various glitzy digs, like the “monumental threshold” and “marble vestibule” of the extravagant Hotel Stentorian, where she takes a “mirror-lined lift” to her private room, echo Trump Tower’s mirror-door elevators and escalator-ride presidency declarations, along with a Mar-a-Lago brassy otherworldliness. Undine worships her reflection, and she’s constantly seeking it in her garish surroundings, living like the “fashionable people” in “lofty hotels” such as the Olympian, the Incandescent, the Ormolu, and the Nouveau Luxe. (The names in this novel alone! There’s an American heiress named Miss Looty Arlington!)

“Where does the real life of most American men lie?” the character Charles Bowen asks, midway through the novel. The answer, he says (and one can imagine Trump might say), is business, and men pay off women with “money and motors and clothes” as the “big bribe” to stay out of men’s true passion. But Undine is a stellar (and heartless) businesswoman, exploiting her beauty, becoming the perfect object, her “chameleon-like nature” providing whatever is desired: she is the product. Undine has a revolving door of husbands, and when they become less advantageous, or resistant to her aims, she discards them. She views others only in terms of their usefulness to her. All her relationships are transactional, including with her son: for the right amount of money, she’ll even trade custody of him.

If you’re not already dwelling on Undine’s similarity to Trump, consider her unwarranted confidence and inflexible determination to have whatever she wants, no matter the cost. Although she often achieves her desires, she only wants more. “Even now,” Undine realizes, in one of my favorite passages, “she was not always happy. She had everything she wanted, but she still felt, at times, that there were other things she might want if she knew about them.”

The same year that The Custom of the Country was published, Wharton finally divorced her husband. She’d endured his alcoholism, mental illness, and affairs for 28 years. By the time of the publication, she’d also experienced a surprising and sexually satisfying love affair with Morton Fullerton. But they’d broken up: though skilled at lovemaking, Fullerton failed at the more staid and responsible features of a mature relationship. One can imagine Wharton’s thrill at Undine’s agency, powering through men, cold-hearted and thriving.

Yet despite Undine’s efforts and accomplishments, crassness clings to her. Elmer Moffatt, her last husband, is the most like her — they’re practically doubles —and she’s able to whiff out his lesser traits, understanding that her husband’s “loudness and redness, his misplaced joviality, his familiarity with the servants, his alternating swagger and ceremony with her friends” are revolting. She needs his money but not him. Moffatt’s wealth provides her with endless amusement and distraction, but it can’t give her respectability. No amount of money can do so. She realizes that her extravagance can’t buy her society’s respect. In fact, Undine is chagrined to discover that her peppered history precludes her from becoming an ambassadress. If only Trump’s dissolute past had precluded his presidency. Though Trump’s story forks in a different direction he, like Undine, is left eternally unsatisfied. 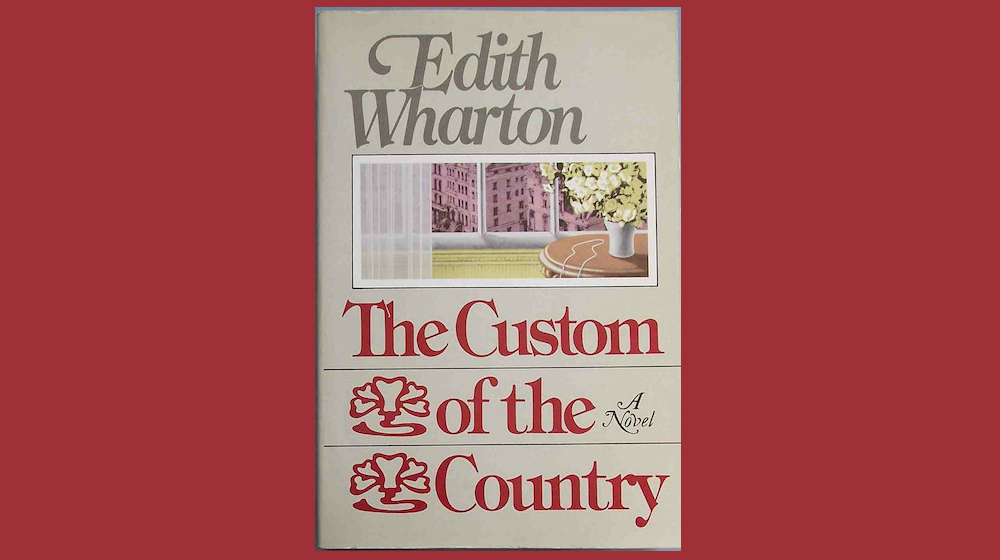