One of the more disturbing aspects of the current presidential campaign has been the proliferation of anti-Semitic imagery on Twitter, Instagram, Reddit, and other social media platforms. While such imagery has long been a staple of alt-right and neo-Nazi publications and chat-rooms, in the past year symbols associated with Jewishness have spread far beyond extremist sites. They are now tweeted or retweeted by individuals apparently unaffiliated with fringe groups, including elected officials and members of the Trump campaign, and are often directed against journalists perceived to be critical of Donald Trump or his family. On July 2nd, 2016, for example, Donald Trump tweeted an image featuring Hillary Clinton’s face and a red six-pointed star inscribed with the words, “Most Corrupt Candidate Ever!” superimposed against a background of hundred-dollar bills; many critics considered this image anti-Semitic. Some of these symbols — such as the Star of David and the hook-nosed caricature — can be traced back hundreds of years. Others are of more recent vintage, such as the cartoon character Pepe the Frog, newly endowed with hooked nose, yarmulke, or Nazi uniform; or the “echo” symbol (three sets of parentheses surrounding the name of someone assumed to be Jewish), a symbol which has been traced back to an anti-Semitic podcast in 2014.

While the anti-Semitism of some Twitter attacks can hardly be denied — one journalist was sent a picture with her face photo-shopped onto the body of a Nazi death camp victim — not all the censured signs are as self-evidently anti-Jewish. Pepe the Frog was an innocuous cartoon character with zero anti-Jewish import for most of its existence. The Star of David has been proudly displayed by Jews throughout the ages, and, as Donald Trump noted in defense of his criticized tweet, it resembles other six-pointed stars, such as the sheriff’s badge. Uncertainty over the origins and meaning of some of these signs has led people to ask whether they are really all that toxic. Is it necessarily anti-Semitic to identify Jewish journalists as such? One man who, in a post, “flagged” a Jewish reporter with an echo symbol and then agreed to be interviewed remarked, “It is your ethnicity. I don’t understand why you would be upset, regardless of, you know, who it is saying it, it’s, you know — it’s a factual matter.” Must we automatically assume that all images with Pepe the Frog or a six-pointed star are anti-Semitic, even if some undoubtedly are?

History offers lessons that help answer those questions. It teaches us, first, that the meaning of signs can change; Pepe the Frog is not the only image to have acquired anti-Jewish connotations late in life. In the year 1000, a tall, pointed hat was an emblem of priestly authority. It was worn by bishops and popes, and appeared in Christian art on the heads of the Three Magi. Over the course of the next few decades, some Bible illustrators took to showing the same hat on the heads of Judean priests, elders, and prophets, to show their power and status. In twelfth-century imagery, the pointed hat came to mean simply “Jewishness,” and was used to differentiate Jews from non-Jews. It did not necessarily bear negative connotation; the primary purpose was to create a sense of Christian identity through contrast — to make the Christian viewers think of themselves first and foremost as “Christian.” By the late thirteenth century, however, the tall, pointed hat had indisputably taken on negative meaning. Although it occasionally still appeared on the heads of pious prophets, in more and more artworks it was reserved for the most iniquitous Jews, and was even shown on non-Jewish figures to indicate that they had (allegedly) “Jewish” defects.

The context of these images, of course, does matter. Throughout history, the meaning of the Star of David has been shaped by who wields it, and by where it appears. A Star of David scrawled by an anonymous vandal on the wall of a synagogue does not convey the same message as a Star of David embossed on the doors of the same synagogue. Even when the person creating the image stays the same, the message can change depending on its visual surroundings. In the mid-fourteenth century, a Barcelona painting workshop illuminated a Hebrew philosophical work by Maimonides for a Jewish patron, and a Latin Psalms manuscript for a Christian patron. The Hebrew manuscript depicts Maimonides sitting on a throne adorned with Stars of David, presumably tapping into the patron’s pride in his heritage. The Latin manuscript illustrates a text condemning sinners with an image of a (blond, Christian) usurer sitting on a chair festooned with Stars of David; in the next image the usurer’s soul is being taken to Hell by devils. Here the artist was drawing on the centuries-old stereotype of Jewish greed to say that a Christian moneylender is “like a Jew,” and thereby to scare Christian viewers into mending their ways.

The visual marking of Jews in art may seem relatively harmless — an artistic device unrelated to real life — but images have both long- and short-term effects. After decades of seeing Jews look “different” in artworks, medieval Christians couldn’t help but notice that Jews did not look “different” in reality. They developed the idea that Jews were somehow “hiding” their identities, perhaps plotting to seduce or harm Christians. In 1215 a Church council ordered that Jews be forced to wear identifying badges or clothing, so that they could not “deceive” unsuspecting Christians. Modern readers who know the sequel to the Nazi Jewish badge law will hardly be surprised at the effects of its medieval precursor. Discriminatory laws limiting Jews’ residence, social interactions, and economic activities followed, as did, eventually, violent attacks and mass expulsions. Anti-Jewish signs were not solely responsible for these developments, of course, but they undoubtedly helped pave the way for Christians to dehumanize their neighbors.

The shape of the new symbols resonates with this past. The echo symbol was designed to mimic an audio effect — it was the visual analogue to an echo sound played every time a Jewish name was pronounced in a white supremacist broadcast. But it lives on because it taps into ancient prejudices about Jewish tribalism, secrecy, and disguise. In suggesting that Jewish journalists have to be “outed,” the symbol’s users imply that these journalists are hiding their Jewishness, or would hide it if they could, for nefarious purposes. In addition, the encircling shape of the parentheses hints at the tribalism long attributed to Jews by anti-Semites. This is confirmed by an exchange that appeared in the Twitter feed of The New York Times columnist and Nobel-prize winning economist Paul Krugman. On September 10th, 2016, Krugman wrote, “If you should forget that you’re ((())), someone will remind you.” In reply, a self-described “fighter against Jewish-supremacism” — who enclosed his name within inverted parentheses to show that he was emphatically not a Jew — responded by excoriating “Groups like the NYT, Krugman, and his ‘Tribe.’”

In light of this history, we should be troubled by the growth, context, and effects of even the less-than-explicit contemporary political memes. Just because Pepe the Frog was not conceived as an anti-Semitic symbol and is not exclusively used by anti-Semites, does not mean that its current incarnation can be absolved of anti-Semitic import. Pepe has now appeared often enough in an anti-Semitic role — gleefully laughing at the burning Twin Towers of the World Trade center while wearing a yarmulke, for example — to have morphed from an endearing slacker into a symbol of hate. A six-pointed star pinned to the breast of a sheriff in a Hollywood Western certainly has nothing to do with Jews. But to anyone who knows the history of anti-Jewish imagery — whether a scholar of medieval intolerance or a regular reader of the white supremacist message board from which the image was borrowed — a six-pointed star superimposed on a pile of money cannot fail to evoke centuries of anti-Jewish attacks.

The point of any ethnic stereotype is to turn correlation into causation. A journalist who criticizes Trump doesn’t just happen to be Jewish, the memes allege, she does so because she is Jewish. This renders the content of the criticism immaterial; it shifts attention from the actions or policies under examination to the identity of the examiner. For viewers/readers who are not intensely anti-Semitic already, it may raise doubts about the “purity” of the journalist’s motives. For confirmed anti-Semites, it focuses and channels already existing anger and hatred. The effects of this process can be lethal — metaphorically, for our democracy, because it shields a candidate from necessary scrutiny. And perhaps literally, for Jews — or immigrants or Muslims or any group repeatedly subject to hateful imagery — because history has shown many times over the power of the image to provoke actual violence. 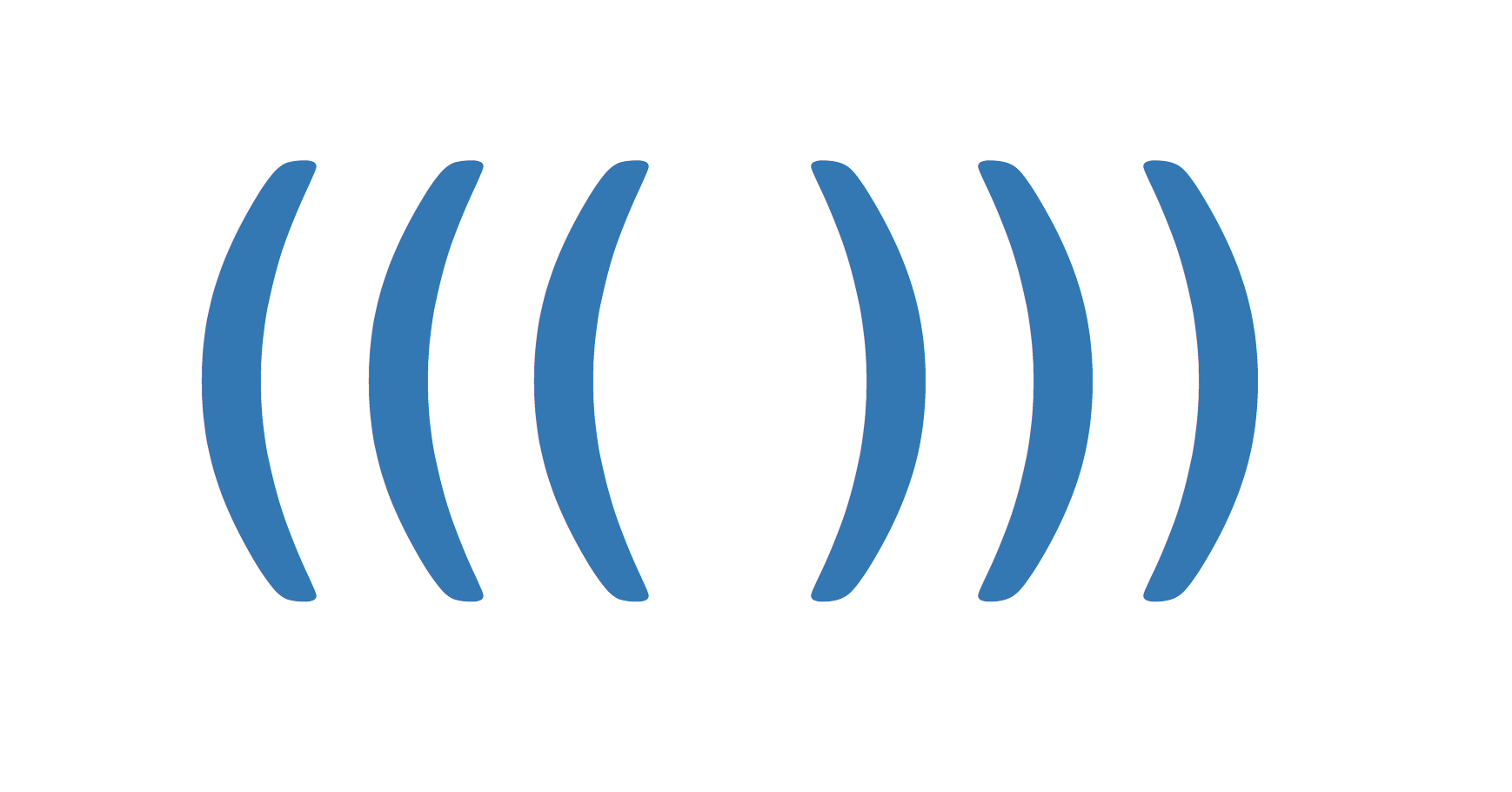