President Donald Trump had a foolish idea about today, telling reporters last month about a plan to re-open the economy by “that beautiful Easter Day… a very special day for many reasons,” though he was unable to explain it further.

He has since backed off the idea of an economic resurrection on what is also known as Pascha, which celebrates the belief of Jesus Christ being raised from the dead by divine power three days after his death at the hands of Roman imperial torturers. Trump’s apparent cluelessness about the holiday suggests a need to reckon with its deeper meaning in light of his racism.

The late black theologian James Cone wrote in his The Cross and the Lynching Tree of the overlap between the symbol of the cross on which Jesus was crucified and the lynching tree which is a painful reminder of oppression and terror for black Americans. “Until we see the cross and the lynching tree together,” Cone wrote, “until we can identify Christ with a ‘recrucified’ black body hanging from a lynching tree, there can be no genuine understanding of Christian identity in America, and no deliverance from the brutal legacy of slavery and white supremacy.” Cone argued that white Christian thinkers like Reinhold Niebuhr, still beloved by both liberal and conservative theologians, ignored the striking parallel between their crucified savior and lynched blacks. Had he survived cancer two years ago, Cone would have celebrated the 50th anniversary of his appointment at Union Theological Seminary this academic year.

This September Eric Garner would have celebrated his 50th birthday, had he not been choked to death by NYPD officers. Video recordings of Garner’s murder launched “I can’t breathe” protests. Victims of the cruel punishment of crucifixion, like Jesus two millennia ago, also ultimately died of asphyxiation. In the words of Cone, Jesus and lynched blacks in the United States have both been “publicly humiliated, subjected to the utmost indignity and cruelty” with the aim of striking “terror in the subject community.”

As Americans try to stave off the novel coronavirus’s attack on the breath itself, the original disease of supremacist domination goes uncontained. Many Christian leaders continue to suffer from ignorance on both issues. One of Trump’s most die-hard supporters, Liberty University president and white Evangelical leader Jerry Falwell, Jr., recently welcomed students back to campus, essentially offering them as a sacrifice for the leader’s ideology. Liberty could face negligence liability for such a reckless policy. According to Pew Research, three quarters of all white evangelical Christians approve of Trump’s handling of the crisis, and believe that the news media has blown the crisis out of proportion. These numbers indicate that the country will go on tolerating not only racism, but bad leadership sanctioned by white religiosity.

To be sure, many United States Christians are committed to racial reconciliation. But implicit racism has driven many of our national failures, and many white Christian churches are complicit. Their predecessors helped to justify slavery, and continue to practice willful ignorance of economic injustice and mass incarceration. Until these lies are exposed, until we reckon with the lynching tree as a modern cross, we will all remain chained to the past and hindered in our ability to promote the health of the world’s wealthiest nation.

In service of this reckoning we can collectively re-read Cone’s vital works this Easter season and contemplate how America houses a fourth of the world’s prison population while having only a 20th of the world’s total population. Disproportionate numbers of those in prison are poor and black.

As we are terrorized today by the threat of an uncontained virus, let us also remember that white supremacy is a lasting illness. The virus will someday be contained. But racism’s damage will live on until we collectively agree to confront it and repair it. This Easter season, let us not let our hopes for economic miracles take away from the deeper truths of resurrection as made clear to us by courageous scholars like James Cone. 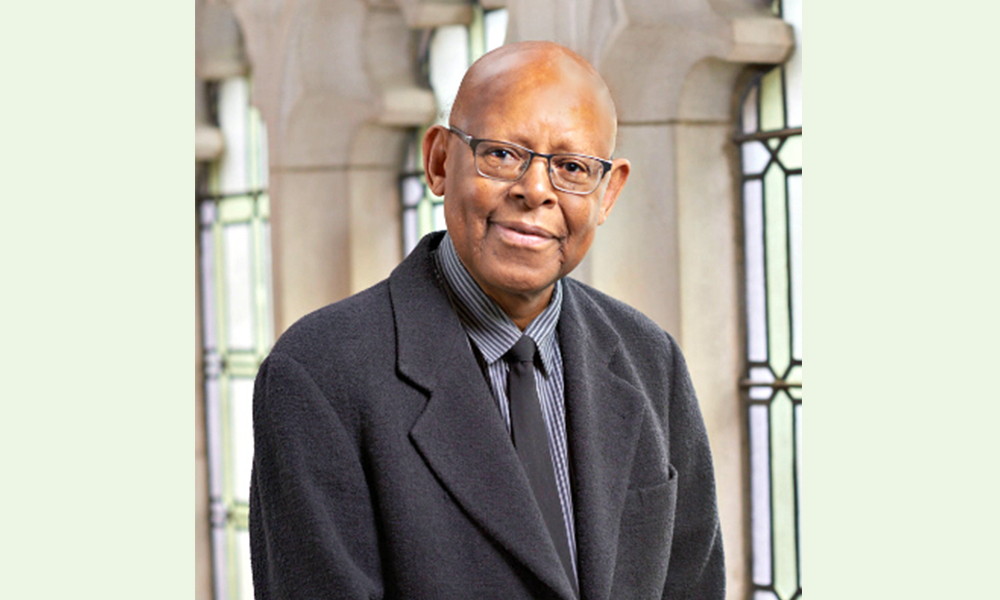