They gathered in front of the Menin Gate in the city of Ypres around 8 p.m. as they have done every evening for the past 89 years, the good men and women of Belgium, led by members of the Last Post Association, to observe their daily minute of silence for the slain and fallen of World War I. It is an otherwise unassuming and self-effacing ritual, remarkable only in its unwavering near-monastic devotion to losses that were suffered anonymously a long time ago. (The Menin Gate, which was erected in 1928, is dedicated to the thousands of fallen British and Commonwealth soldiers whose bodies were never recovered). Except, of course, that this time around there was a centennial to be celebrated. And so the brass section sounding the trumpet call of “the last post” saw itself considerably enlarged; and the usual grouping of dozens grew to a crowd of thousands. Among them: the Belgian king and queen, the prime minister, the Flemish minister-president, and many other politicians, all of them momentarily united in their determination to participate in the finale of a spectacle of public mourning that had unfolded on screens all over Europe and Britain as of 11 o’clock that morning, the precise moment when the armistice was signed. This, so everyone in the audience implicitly understood, was the apotheosis of four years of commemorating the Great War, and so each official did his best to outdo the other by looking stern and dignified as one minute of silence descended like a holy spirit over the artificially lit exterior of the Menin Gate.

At exactly one minute after eight, Benoit Mottrie, the chairman of the Last Post Association, took the stage and started speaking in tongues. Addressing the crowd alternatively in Dutch and in English, he opened with a quotation from the war poet Siegfried Sassoon. “Have you forgotten yet?” so Sassoon asks in “Aftermath,” a poem written in 1919, “For the world’s events have rumbled on since those gagged days, / Like traffic checked while at the crossing of city-ways.” It is a characteristic Sassoon poem, at once bold and unscrupulous in in its quest to find a poetic diction appropriate to capture the harrowing experience of the trenches. The marked use of the word “gagged” here serves to remind us of the physicality of the war, of human organs operating independently from the soldier’s will. More so than anything, “Aftermath” is haunted by the idea that the comforts and banalities of post-war life, as captured by the willfully cliché simile of traffic passing through, no longer retain any memory of the carnage that immediately preceded them. Yet, so Mottrie assured us right away, “Sassoon need not have worried.” A century after he wrote this poem, it is obvious, so the chairman went on with a poise and certitude as characteristic as Sassoon’s lacking of it, that we have not forgotten the dead of the Great War.

When a living public official publicly admonishes a dead poet that he needn’t have worried, we do in fact have plenty to worry about. And indeed, as the speech drew to its inevitable close, we were being treated to a version of that most dogmatic of rhetorical ploys by which wars have been justified time and again. We all need to remember the fallen, so Mottrie told the crowd, so that they would not have died in vain. Masquerading as a lecture celebrating the end of war, the speech in effect assured its perpetuation, offering an apology for the enduring value of sacrifice, or of what Sassoon’s fellow war poet Winfred Owen captured so memorably as “the old Lie: Dulce et decorum est / Pro patria mori.” Everything about the chairman’s speech was indeed “sweet” and “proper,” tailoring to an audience that already knew what it had come for, namely for a patting on the back and a reminder that they, too, like the fallen they commemorated, were heroes for so dutifully shouldering the weight of history and bravely promising to never forget. It was altogether fitting then that, immediately following the chairman’s speech, local musician Ozark Henry should break into a rendition of David Bowie’s “Heroes,” accompanied by the brass musicians of the Last Post. Heroes we are indeed.

What we are apparently unable to say, even 100 years after the end of the Great War and after spending four years busily remembering it, is the disturbing truth that those who died did in fact die in vain; that there is no cathartic lesson here; that there is no meaning except a sobering reminder of the continuing stupidity of mankind. This is not my point. It is that of Owen and of Sassoon whose poetic output also includes a poem, “On Passing the New Menin Gate,” in which he expresses contempt for this very same edifice. For him the former gate, which was destroyed in the war, has been but “crudely renewed” into a cold monument of “complacent stone” that encourages neither remembrance nor the feeling of grief but resembles most closely a settling of accounts: “Paid are [the site’s] dim defenders by this pomp; / Paid, with a pile of peace-complacent stone, / The armies who endured that sullen swamp.” The chairman’s speech, then, was not only a wolfish apology for war disguised in the sheep’s clothing of armistice celebration, it also constituted a blatant attempt to undo or neutralize the impact of that figure of speech which the great British historian Paul Fussell long ago identified as the central trope of World War I poetry and indeed of the war itself.  I am referring, of course to the figure of irony. “Every war is ironic because every war is worse than expected,” so Fussell wrote in his classic 1975 study The Great War and Modern Memory, “But the Great War was more ironic than any before or since. It was a hideous embarrassment to the Meliorist myth which had dominated the public consciousness for a century. It reversed the Idea of Progress.” Whichever way one looks one can indeed not help but be struck by the utter absurdity that is World War I: a war started over the assassination of a crown prince that was not particularly well-liked; with minimal territorial gains made over the course of four long years; carried out by men reduced to the status of vermin in the trenches (in a remarkable poem the war poet Isaac Rosenberg expresses his envy for the rats of which there were plenty in the trenches and which at least were free to venture into No Man’s Land whereas he could not). Like the Iraq war, perhaps the one war since Fussell wrote his book that comes close to mirroring World War I in the sense of “embarrassment” that it causes, the Great War might just as easily have been avoided but its fabricated motivations — those mythical Weapons of Mass Destruction; those European leaders hopeful for a war that might help alleviate the sense of ennui after four decades of Belle Epoque — and their dreadful aftermath — paving the way for, respectively, the rise of Fascism and the contemporary civil war in Syria — haunt us to the present still. Perhaps no other element signifies this overall sense of irony and absurdity that, like the stink of chlorine gas, lingers around the Great War than the intolerable symmetry of the day and time the armistice treaty was signed itself: on the 11th day of the 11th month at the 11th hour. As if the signatories were making a joke; as if the cuteness of the symmetry is somehow meant to hallow the carnage of the battlefield; as if it signaled in some kind of cathartic fashion that all is well that ends well.

As I watched the Last Post chairman leave the stage, it dawned on me that what we had witnessed the whole day long, in the parading of foreign leaders on screens, from the Arc de Triomphe to the Menin Gate and the war cemeteries, was not in effect, as French President Macron claimed all too smugly in his speech, a dismissal of nationalism but a celebration of it. Every world leader pictured in those photo shoots, from Canadian president Trudeau to Turkish president Erdogan, from Russian president Putin to German chancellor Merkel, were of course there to safeguard the legacy of their own respective nations. Among them, no one looked more out of place than President Trump. For World War I, a conflict that the United States entered belatedly, is not a war that looms particularly large in the American public imagination. Neither is it one that had the kind of ideological stakes characteristic of World War II and the Vietnam War where the United States, respectively, saved the world from Fascism, and tried to save it from Communism. Even the nomenclature is different: what is celebrated on November 11 in the United States is not the end of World War I but America’s Veterans. (One imagines Trump desperately rushing to one of his aides amidst the throng of public officials, asking “Armistice, what the hell is armistice? Why does everybody here keep talking about armistice?”) And so it is here in the sheer out-of-placeness of the American president among his European peers, in his very demeanor that, as so often, had nothing “sweet” or “proper” about it (as the immediately ensuing spat with Macron reminded us) that we might yet recover a sense of that irony and absurdity attached to the legacy of the Great War. And so it will continue to haunt us still. 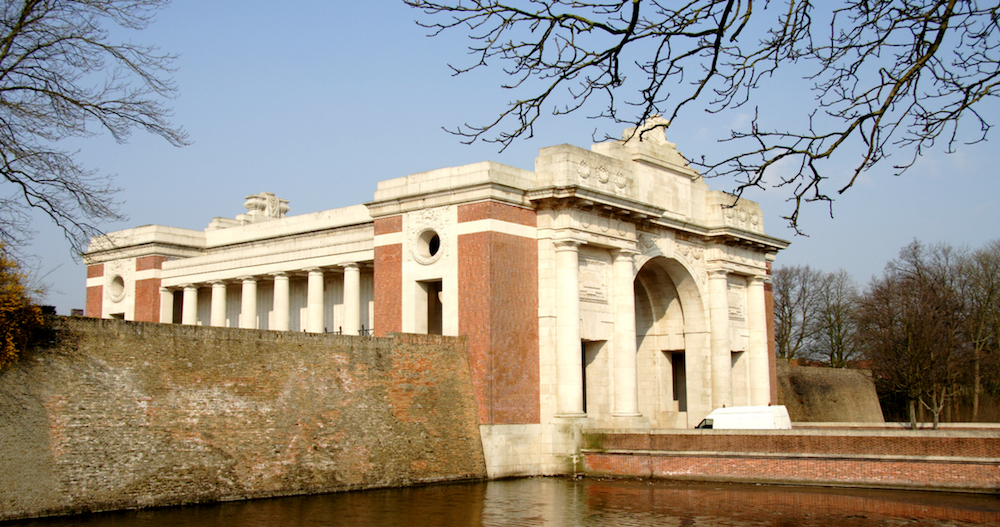