No one warned me ahead of time that Twitter is the critical equivalent of breaking the fourth wall. Twitter regularly violates norms of exteriority and interiority, forcing us to question which is which, and who hears what thoughts, even as they are knowing asides to an imagined follower or reader. I decided to live tweet Ducks, Newburyport, a 998 page novel written largely in a single sentence by Lucy Ellmann, mostly because I had told myself no one would really listen, which was half a lie designed to make the intimacy of criticism out loud easier, and half the bald truth of my own position. My handful of followers would, I assumed, mute me after about 200 pages. I was sweating out a London heatwave, riding a wave of rejections, and had nothing to lose. Why I simultaneously decided to disclose this to the internet, and also offer an incredibly close reading of what could possibly turn out to be the most important novel of the decade, is all a bit blurred between various lines. It has to do with negotiating intimacies, which the experience of reading the novel is an exercise in without the live presence of the Internet anyway, but also a kind of meta-negotiation of these thoughts again while tweeting them.

Ducks, Newburyport is mostly the thoughts of an Ohio housewife with four children. It’s hard to think of intimacy as avant garde anymore because we’re all constantly performing it, as I was, and as you likely are, online now. Ducks’ achievement is in making the thoughts of its unnamed narrator feel timely, fresh, and on a pressing narrative trajectory. It manages intimacies between the narrator and reader, between the self and the other, and between literary and actual time. The narrator’s passages are interrupted only by interludes from consciousness of a mountain lioness. Both of these threads were, for me, interrupted by looking up to tweet, pausing to assess the critical state of things so far in the novel.

Admittedly, it was sort of a high wire act. I made funny polls of the narrator’s daughters’ amusing names for faux lipstick shades (Bruise and Sugarhighs are the ones I still remember, 500 pages later). I made memes, sure, but only once. I somehow landed on Lizst as a showoff, Kleist as a response to the suffering of life, my own lack of knowledge about baked goods. I was tweeting about a certain passage’s resemblance to T.S. Eliot’s Burnt Norton on a coffee break, clutching my sweating iced latte in one hand and the phone in the other, when the sheer capaciousness of the novel hit me. The live tweeting only worked because the narrator’s thoughts, incredibly maximalist ruminations on the current state of America, her family, art, life, pies, and musicals, were a gift that produced endless possible responses. People noticed. My phone blew up. My brain blew up. I was never bored. The narrator’s interior mind was so widely constructed that there was room for two, and then some. The interior/exterior/tweeting-as-intimate-yet-public-act vortex suited it.

It surprised me then, when I saw in some of the major English papers, that certain reviewers here in the UK had found the narrator boring. Reviews that explicitly characterize the narrator and her family as forgettable miss the radical act that is picking a narrator like Ellmann’s in the first place. As often as the novel will invite comparison to Mrs. Dalloway or Ulysses, Ellmann has no Septimus Warren Smith for critics to latch onto as a great male trajectory, and her Molly Bloom writes her own soliloquy without the added Joycean romantic polish that makes her as much an allegory as a real woman.  Most of the early British reviews latched on to Ellmann’s father, James Joyce biographer Richard Ellmann, as the source for the narrator’s academic father, and for Ellmann’s own commitment to modernist style. But if we are to attribute any of the positions of a woman writing her eighth novel in her early 60s to her parents at all, it is Mary Ellmann, the feminist critic and Lucy’s mother, who would be the more apt choice. Anyhow, the fact of the narrator of Ducks, Newburyport being a superficially ordinary middle-aged woman unfairly seemed to make her a second-rate Leopold Bloom for an age when we all have a running soliloquy.

The fact that sleek façade of High Modernism as an Important Manly Critical Concept™ still held sway over Ducks in 2019 surprised me. Then again, why should the orthodoxy of the avant garde ever surprise us, given the general soul-crushing state of the world that Ducks’ narrator weaves in and out of? I say “weaves” knowingly, because the phrase “the fact that” gives the novel a looping, Homeric structure and cadence, a back and forth like a shuttle making cloth. Those who complain about the lists in this book will be the same sorts who complain about the catalogue of ships in Book II of the Iliad, and thus miss the point of the catastrophic human loss of the Trojan War. Ducks, Newburport is about loss and violence too, as they become increasingly inevitable as a gun-toting specter in America — in Walmart, in a school, at a town fair. This, too, is an intimacy, a dark bond of blood. When in our short lives have we ever been more likely to watch our children die violently and unexpectedly in front of us? The novel knows America’s history of cruelty. It is also subject to it, as its readers are.

Ducks, Newburyport is an insidiously, sickeningly true read for an expat especially. Like Ellmann, I had immigrated to Britain, but the uniquely American circumstances of my formation remained. I loved Infinite Jest, with its pot-smoking tennis-prodigy audio-visual explosion of footnotes. I loved Ducks in a similar way, because it was strangely specific at times, yet trying to say absolutely everything about what America means and how. The novel touches on massacres of indigenous people, on Open Carry laws, on factory farming, and on the pollution of the Ohio and Mississippi rivers, running like arteries through the center of the novel and the country. I hold my breath waiting to see what American critics make of it on the September 10 release there. It makes me wonder what it will be like to read it on 9/11, when many of the circumstances that form the novel’s moral world and central plot points arose.

Being American wasn’t something I was typically very invested in on Twitter. It was my identity as a scholar or a critic anymore, or so I thought. Suddenly, because of Ducks, I was talking with another American expat, a middle-aged man in Japan who had grown up in farm country, at 3 a.m., about our decline in access to healthcare. I was remembering what fear felt like when you wonder if some angry white guy in a grocery store is packing heat. I thought about my parents, who live in an affluent suburb, my mom who, like Ellmann’s narrator, is brilliant but also makes good pastry and raised her kids. When the narrator is a child, her family owns a particularly special brown poodle named Pepito. I don’t even much like dogs, but when I saw a family of four on Primrose Hill playing with their poodle at about page 608, I smiled warmly. Ducks, Newburyport, as all the best novels do, had reenchanted the world. The fact that I then looked down to tweet exactly that made me wonder: was I disenchanting it again, or merely reenchanting it for someone else, reading my Tweet in the dark on their glowing phone?

This reenchantment is more fragile than you might think. Ducks, Newburyport is published by a tiny press in Norwich, England named Galley Beggar. Its main employees are a husband and wife team. While small presses in the UK have been having a renaissance lately — with Fitzcarraldo, CB Editions, and others bringing out prizewinning titles — they are very tenuous enterprises. When Ducks was longlisted for the Man Booker Prize this year, their joy, but also their financial relief, was palpable. Copies are still scarce in London, because the initial print run of a 1020 page (with glossary) book could have bankrupted the press, and they could only go in for so many. As much as the novel was a stunning literary risk for Lucy Ellmann to write, it was also one to print it. I only learned this while tweeting, and I think about it often now; the precarity of literary history hanging on a thread here in austerity Brexitland. Ducks, Newburyport could — and in my admittedly biased opinion should — win the Booker Prize. Yet its very existence is enabled by so few people, taking such great chances, giving so much of themselves. It bears comparison to the Modernist Left Bank not only in terms of style, but in terms of a small, dedicated network that is above all committed to art for art’s sake. If reading Ducks is an intimacy, it seems that making the book as an object was one too, a homogenic mapping of both closeness, the smallness of a few key characters, and the largeness of the novel’s topic that extends to encompass huge chunks of the world.

For a novel about the state of America now, the end of Ducks, Newburyport left me hopeful. One would imagine reading such a thing to be introspective, and it was, but Ducks is also, in virtue of the wide and interconnected span of the narrator’s world, an invitation to speak, outward-facing. On a Twitter jokingly called “This Hellsite” by its users and favored for various racist incitements and forms of lie by Donald Trump, one would hardly expect joyous, excited, intelligent discourse. The daring of Ducks, and its formal difficulty, had the effect of producing this, a rare and excellent thing. Now I ask you to trust in the intimacy of this review, the essay as form of recommendation that bonds the reader and critic: read Ducks, Newburyport. This is a novel for the idea of America today, for readers in the roiling, constant flow between the self and the other, and the self and nationhood. Let’s talk about it. 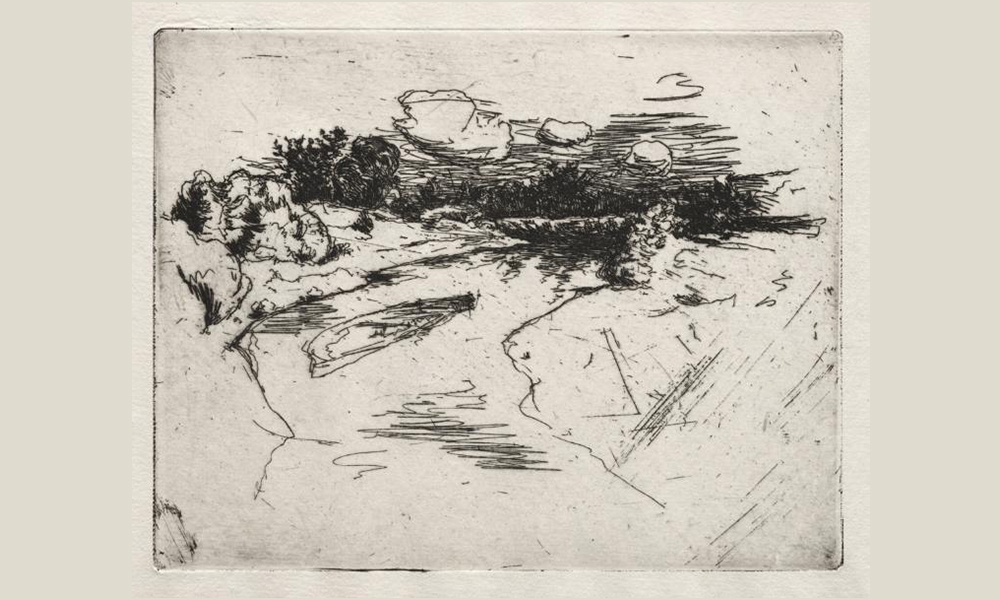